Everything After Z by Dictionary.com
Previous Word sexit
Next Word shart

What does shag mean?

Shag means "to have sex" with someone in British slang.

Here’s the thing: falling asleep shagging is a rare shagging move.
Joel Golby, Vice, December 2018
Offset begging for Cardi B back is the best representation of a boy realising he’s lost the best thing going for him for a quick shag
@evealishac, December 2018 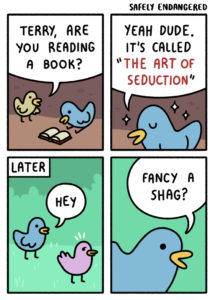 Where does shag come from? 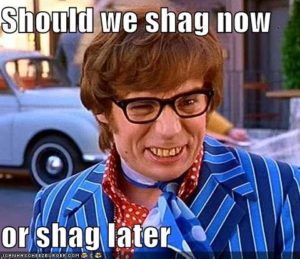 Shag is a much older slang term for “having sex” than you think. Evidence for the term dates back to the 1680s. It is probably related to the word shake. (Use your imagination for the connection.)

Come the late 1960s, a sexually attractive person was described as a shag. This was often said of a women, but also sometimes men, e.g., He was a good shag, but he’s not that bright.

Many people outside the UK learned shag thanks to the hit 1999 comedy film Austin Powers: The Spy Who Shagged Me starring Mike Myers. The title is a play on the James Bond film The Spy Who Loved Me (1977).

You can shag later. Austin Powers is on right now. pic.twitter.com/eHQsNf2H5p

Shag—describing something rough or matted, as in carpet—has a different root than the sexual shag. It is a 16th-century word, possibly from an Old English term for “rough, matted hair or wool.”

Referring to “sex” as shagging is closely associated with British slang.

When used as a verb, shag is conjugated just like any other English verb. As noted, shag can also be a noun describing the act of copulation or referring to someone as a sexual object.

Imagine choosing a shag over your best mate !!!

The tone of shag is dirty and definitely informal, though far less vulgar than fuck. 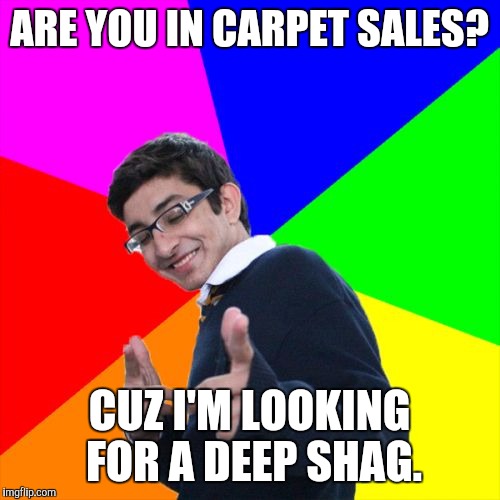 This is not meant to be a formal definition of shag like most terms we define on Dictionary.com, but is rather an informal word summary that hopefully touches upon the key aspects of the meaning and usage of shag that will help our users expand their word mastery.