What does text me mean?

Text me is a common way to ask someone to send you a text message on their phone, often to catch up or make plans.

Where does text me come from? 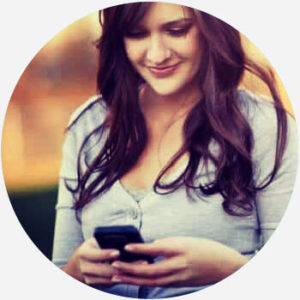 We might be tempted to think of text me as new slang, but the phrase, in one form or another, has been around for decades. A text message dates back to at least 1977, the shortened text to 1990. Text-message as verb can be found as early as a 1994, with text appearing no later than 1998.

Text me has become a common and informal way of connecting with someone by text message. To a new friend or possible romantic interest, text me can sound cool and casual, showing just enough interesting without being extra.

Not only is it used in everyday language with buddies or potential dates, but text me also appears in notable pop songs, such as in the lyrics of Rihanna’s 2016 “Work”: “Nobody touch me you no righteous / Nobody text me in a crisis.”

Examples of text me

my neighbor keeps coming up with reasons to text me it's cute we're cute
@pants_leg, December, 2016
Hey @DwyaneWade I just got into Chicago, just text me when you wanna hang out.
@KeatonJFish, December, 2016
I missed a call from my friend P the other day and didn't think of calling him back even when I got out of the shower...He would call again or text me if it was urgent, I reasoned as I prepared to head out.
Tee Hun Ching, The Straits Times, October, 2016
SEE MORE EXAMPLES

Who uses text me?

Text me is often used as a friendly request to talk or for information.

Wondering when myKevin’s friend Lukasz is going to text me to tell me to leave for Victoria. Flight details not detailed enough. Unsure of eta.

It can be used like “hit me up” in a loving, playful, or flirtatious manner.

I miss you, text me.

I need new friends so text me 😛

Like any other verb phrase, text me sees various and wide use across many other spoken and written contexts, from annoyance to humor.

don’t text me if you have a girl friend. that’s annoying af!!

Hoping that Galactus turns up and devours South London so I can miss work and go back to bed. Text me if it happens while I’m on the bus.

This is not meant to be a formal definition of text me like most terms we define on Dictionary.com, but is rather an informal word summary that hopefully touches upon the key aspects of the meaning and usage of text me that will help our users expand their word mastery.