What does tendies mean?

Tendies is a slang term referring to gains or profits made on investments, such as stocks.

The term tendies was originally used as a short way of referring to chicken tenders (breaded strips of chicken sometimes also called chicken strips or chicken fingers). This usage was intended to mimic the speech of children.

The term was initially used in a joking but literal way in reference to the chicken fingers that investors would say they were going to buy with (and eat in celebration of) the profits made from their investments. (Read more about why in the next section.) Eventually, the word was used to refer to the profits themselves.

The use of tendies to refer to financial gains is associated with the stock trading subreddit (forum) /r/WallStreetBets (which has helped to popularize other investing slang terms, such as stonks and diamond hands).

Example: I’m holding the line until I get some of those sweet tendies.

Where does tendies come from? 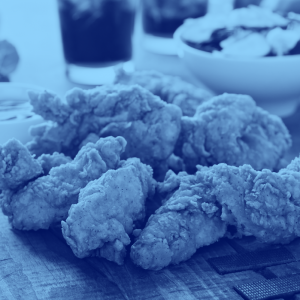 The term tendies to literally refer to chicken tenders was popularized on the website 4chan around the mid-2010s. Like many slang terms that emerge from 4chan, tendies was used in highly offensive posts. Many of these posts involved fictional stories featuring adult men who used the term tendies to refer to chicken tenders as their favorite food—details intended to indicate their immaturity. Some of these characters were identified as autistic.

The 4chan usage of tendies spread to the /r/WallStreetBets subreddit around 2016 due to crossover between users of both forums. Its use eventually evolved from a joke about how profits would be spent to a way to refer to the profits themselves.

In 2021, tendies and other investing slang from /r/WallStreetBets gained wider attention and more mainstream use due to the forum’s role in a widely discussed situation involving investment in what became known as meme stocks (those that see an increase in trading activity after gaining popularity due to some online trend, as if the stock has gone viral).

The Hedge fund owners tears will season our tendies. Hold the line.
@UPieroh, January 27, 2021
The forum has its own language. They refer to winnings as “tendies,” and it’s customary to celebrate a large gain by dining on chicken tenders.
Taylor Lorenz and Mike Isaac, The New York Times, January 29, 2021

Tendies was popularized on the subreddit /r/WallStreetBets and later became more widespread on social media, especially in the context of so-called meme stocks.

wife: if you say tendies, diamond hands or meme stonks one more time…

my brain: hold the line!

They will attack out the gate at market open. They will try drive the price down and the shills and bots will attack to scare you out of your tendies. We know the score, we buy, we hold, we win.

Right now, somewhere out there is an analyst with a $100k MBA & CFA designation being asked to explain "diamond hands", "hold the line" & "chicken tendies" on a conference call

This is not meant to be a formal definition of tendies like most terms we define on Dictionary.com, but is rather an informal word summary that hopefully touches upon the key aspects of the meaning and usage of tendies that will help our users expand their word mastery.