What does underboob mean?

It’s a boob. From the bottom. Without the nipple showing. The underboob refers to the parts of breasts below the nipple, often exposed in a high-cropped top.

Where does underboob come from? 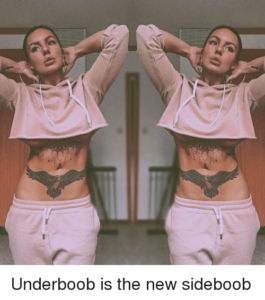 One early instance of underboob comes in a 1999 internet Usenet post where a woman wonders about underboob deodorant. Hey, it can get sweaty down there. The term may be inspired by the nearby side boob, recorded as early as 1997.

Underboob came to prominence in March 2015, when the Thai government warned against women taking “underboob selfies,” which it feared was harmful to society. Society disagreed. In early 2016, a social-media challenge, referred to as the underboob challenge, spread in Japan and China. Originally a way to show off a woman’s breast size by holding a pen or pencil in their underboob, female and male partakers made light of the challenge with humorous, body-positive twists. 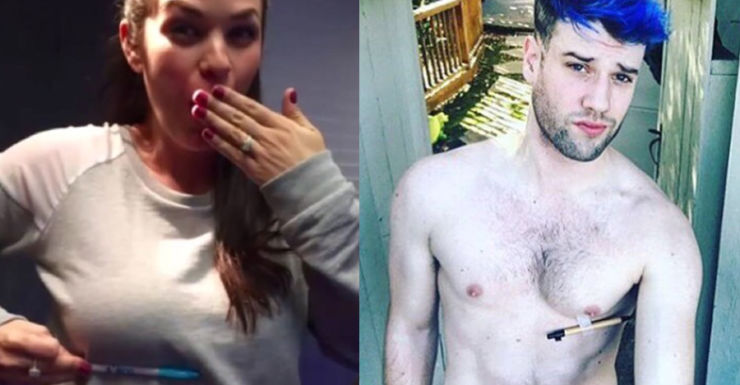 Like its neighboring side boob before it, the underboob became a fashion statement in 2017, with designer and fast-fashion tailoring women’s tops to show off that part of the anatomy. Celebrities like Gigi and Bella Hadid, Lady Gaga, and Ariel Winter all donned outfits that showed off the underboob, and prominent publications like USA Today ran articles about the trend. Interest in underboob tattoos, or tattoos in this region, also spiked during this time. 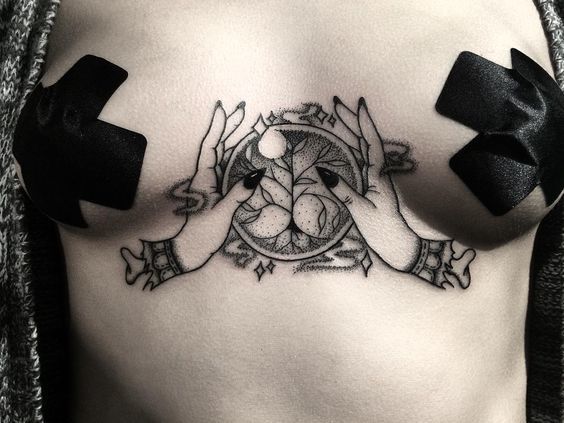 of course my anatomy professor walks into the bathroom as i’m wiping the sweat from my underboob with a paper towel
@SofiaKolovich, August, 2018
Kendall Jenner partied in New York City on Wednesday night, and, just like that, side boob is now a dying trend. The model wore a cropped (and I mean cropped) white tank top that flashed some subtle underboob.
Jillian Selzer, Cosmopolitan, August, 2017

A technical name for underboob is intermammary cleft, but that doesn’t have the same ring as #underboob when posting a picture online, now does it?

Popular fashion, style, and culture publications also use underboob when talking about the trend. Kylie Jenner, ever the fan of the underboob, simply lets her pictures do all the talking.

The underboob area can also get sweaty, a common and often humorous complaint.

Nothing worse then #underboob #sweat . Sometimes I like to stand in front of a fan and just let it blow me. #themFeels #tingles pic.twitter.com/POdR5w2hUu

This is not meant to be a formal definition of underboob like most terms we define on Dictionary.com, but is rather an informal word summary that hopefully touches upon the key aspects of the meaning and usage of underboob that will help our users expand their word mastery.