One of the most cherished beliefs of people who collect facts about English is that Shakespeare is the greatest linguistic inventor the language has ever seen. You cannot travel very far online before coming across some article or listicle asserting that he was responsible for giving birth to some exceedingly large portion of our vocabulary, and giving examples of numerous common words that began with him. In most cases this is not true.

A recent piece in the Huffington Post from 2014 is boldly titled “13 Words You Probably Didn’t Know Were Invented By Shakespeare.” The unsigned author offers up this baker’s dozen: gloomy, laughable, majestic, lonely, radiance, hurry, generous, frugal, critical, courtship, zany, undress, and rant. The problem? Of these 13 words, there is definite written evidence that 12 were already in use before Shakespeare; laughable is the only word on the list for which no prior evidence has been found, though that could change as more research emerges. The post was updated after being published, and allows that the “widespread digitization of books has led to a few interesting discoveries from earlier sources,” but the headline remains the same.

Was Shakespeare inventive with his language? Yes, he was. But not in the way that is often supposed. Language is a messy thing, and doesn’t lend itself easily to being described with hard-and-fast numbers. A closer look at the Bard’s contributions to the English language reveal pervasive misconceptions.

1. Many of the words he “invented” already existed.

The number of words Shakespeare is credited with inventing has been largely based on the evidence found in the Oxford English Dictionary (OED), which is the only dictionary that attempts to catalogue the chronological history of most of our language. The OED provides dates for the earliest known use of every word it defines, and many of these instances are Shakespeare. This is something that has been misinterpreted by many people. “Earliest known use” does not necessarily mean “invented on this date.” As the editors of the OED continue to reassess the language and edit their dictionary, the number of words first found in Shakespeare has shrunk rather dramatically. Whereas it once was well over 2,000, the number of words in this work that currently list Shakespeare as the first known author is slightly more than 1,500. This is still a huge number, but it is rapidly shrinking.

2. Most of the words he probably was the first to use are either obsolete, variants, or puns.

Most of the common words that we see attributed to Shakespeare were already in use, or meant something entirely different than what we mean when we use them today. He was one of the earliest (but not the earliest) writers to use bedroom. However, he used it in the sense of “room within a bed,” and not “the room in the house where the bed goes.”

He was probably the first to use Norweyan (a play on Norwegian), allicholly (a pun on melancholy), and moulten (a form of the word moulted). Likewise, there is no current evidence that anyone before him used pajock, marcantant, or quatch. To be fair, the reason we don’t see articles written about these words is that you would get far fewer page views if your list was filled with examples of Shakespearian coinages such as these, but it would have the benefit of being accurate.

3. Many of the words he’s credited with inventing are new senses of pre-existing words.

Words taking on a new part of speech is a natural part of how language works, and English has been doing this from the very beginning of its existence (even the word English can be a verb, adjective, or noun). This is referred to as functional shift. Let’s look at a word that has recently entered the English language: Obamacare. Whether you think this is a good word, a bad one, or a nonsense word is beside the point; millions of people are using it to describe the expanded system of government-subsidized healthcare in the United States. It functions, rather obviously, as a noun. Suppose people begin to use it as a verb; actually, people have already begun to do this, i.e. “I’ve Obamacared my whole family!” Was the first person to use Obamacare as a verb really inventing a word?

A large portion of the words that Shakespeare is said to have invented already existed, sometimes for hundreds of years, but he was the first person we know of to use them in a new part of speech. Shakespeare was not the earliest writer to have used the words partner, property, and scissor; he was only the first on record to use them as verbs. All three of these existed as nouns for well over a hundred years prior to appearing in his writing. Shakespeare was astonishingly inventive with his language, but once again, not in a manner that can be so readily quantified. He was playful, not just engaging in functional shift, but in assigning new meanings to existing words.

There are several reasons why authorship for so many words is attributed to Shakespeare. One is that his works are much more preserved than those of many of his contemporaries; Shakespeare has always been kind of a big deal, and people have been avidly collecting his writing for hundreds of years. Another reason is that many of the texts where one might find earlier usage of common words tend to be rather dry. Which would you rather read: King Lear or an inventory list from a minor noble in the Tudor Court? Most people would rather read Lear, and so the words found in an inventory are overlooked. And lastly, it just makes for a more entertaining headline to say that Shakespeare invented thousands of words—how many people will click on a link that says “Mid-level Functionary in Queen Elizabeth’s Castle Possibly Created Two New English Words”?

There never will be a way of establishing with certainty how many words Shakespeare coined, so why do we bother? We crave that elusive certainty, in language no less than other areas of life. We want someone to be able to tell us “there are X number of ways to skin a cat,” “the most important thing in life is Y,” and “Shakespeare invented Z English words.” When it comes to how many terms Shakespeare invented I am sure of but one thing: we are barking up the wrong tree in asking it.

Ammon Shea is the author of Bad English: A History of Linguistic Aggravation and Reading the OED: One Man, One Year, 21,730 Pages. He lives in New York City with his wife (a former lexicographer), son (a potential future lexicographer), and two non-lexical dogs. 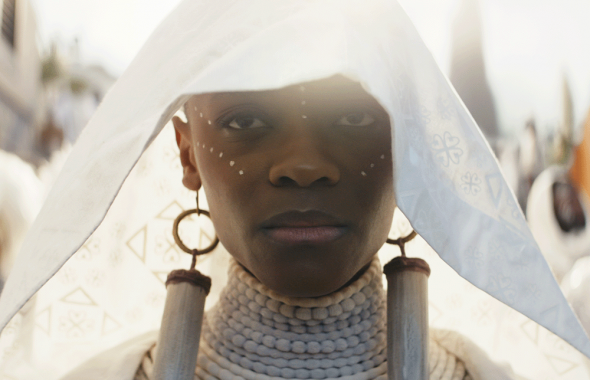