What does climate crisis mean?

Climate crisis is a term used to show a greater sense of emergency and urgency about climate change. That is, the climate isn’t just changing—it’s causing a crisis and, if humans don’t do something about now, the consequences may be catastrophic.

Where does climate crisis come from? 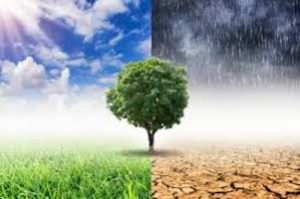 Concerns about climate change are nothing new; the term itself dates all the way back to the mid-1800s. Recently, messages from scientists and activists about the devastating consequences of climate change have led to a greater sense of urgency on the topic.

Some activists have urged news outlets to rename the phenomenon from climate change to climate crisis. A crisis, here, means a “turning point” or “a condition of instability or danger.” Calling climate change a climate crisis is meant to emphasize that action needs to be taken now—or else the consequences will be disastrous.

There have been references to a man-made climate crisis since the late 1980s. The popularity of the phrase climate crisis may seem like a very recent phenomenon, but there is a Climate Crisis Coalition, which was founded in 2004. Launched in 2019, the Call It A Climate Crisis campaign believes that greater urgency of language has a better chance of rousing people to action, since climate change represents a serious existential threat to humanity.

In May 2019, the UK newspaper The Guardian notably changed its style guide from using climate change to using such phrases as climate crisis, climate emergency, or climate breakdown instead. Some other news organizations, like the Canadian Broadcasting Corporation, have increased their use of climate crisis on the heels of the Guardian‘s decision, and The Washington Post and The Los Angeles Times may be considering similar changes. In the broader public discourse, climate crisis, along with phrases like climate emergency, have become an increasingly common way of referring to climate change and its impact.

A name you’ll likely see in connection with the phrase climate crisis is Greta Thunberg. She’s a young Swedish climate activist who has attracted global attention through helping organize school climate strikes, and has become a symbol and spokesperson for young people concerned about the future of the planet.

The climate crisis is piling injustice upon injustice. / Despite contributing very little to climate change, small island countries are paying the highest price ...
@antonioguterres, September 2019
The Earth is heading toward a "global tipping point" if the climate crisis continues on its current path, scientists have warned, as they called for urgent action to avoid "an existential threat to civilization."
Helen Regan, CNN, November 2019

Climate crisis is becoming increasingly used to convey a sense of urgency about taking action about humans’ impact on the climate.

Grade 11 STEM students of Ormoc City Senior High School who have been climate striking are stepping up to support and are calling for action on climate crisis.

We are not experiencing climate change but CLIMATE CRISIS!

Climate crisis won't wait, so neither will we. pic.twitter.com/eHpXjw9IQJ

Climate crisis has become common in the language of activists, who are seeking a rapid response by those in power to save the planet and their future.

Indigenous peoples and other populations, such as those people living in small island nations, are immediately endangered by the predicted effects of the climate crisis, like rising sea levels. These groups are also notably using the phrase climate crisis.

’15 years from now, will you be able to look us young people in the eye and tell us you did everything you could to save our future?’ — Indigenous teen Jansikwe Medina-Tayac explained how the climate crisis is a race, immigration, and feminist issue in this ground-shaking speech pic.twitter.com/SpxzETcym2

Friday at #UNGA: World leaders focused on the unique needs of small island countries, stressed the importance of partnerships to address the climate crisis & more. pic.twitter.com/XBrScMCBvE

The dramatic impact of the climate crisis on poorer, less powerful people and nations has lead to the idea of climate justice. Climate justice treats climate change as not just something that will impact everyone, but that will also have a disproportionate impact on these already vulnerable populations.

"We're here to write a new story … in which our country is doing everything in its power to adjust not only to the climate crisis, but the systemic injustices at its roots," Afro-Indigenous climate activist @vict_barrett said at Friday's climate strike in NYC. pic.twitter.com/Pm8hqFGYJN

Some suggest, however, that the switch in terminology from climate change to climate crisis is ill-advised and exaggerates the problem.

This is not meant to be a formal definition of climate crisis like most terms we define on Dictionary.com, but is rather an informal word summary that hopefully touches upon the key aspects of the meaning and usage of climate crisis that will help our users expand their word mastery.