incapable of being expressed or described in words; inexpressible.

What is the origin of ineffable?

Ineffable ultimately comes from Latin ineffābilis “(of a word) unpronounceable,” and in Late Latin and Christian Latin “(of the divine name) that cannot or must not be spoken.” Ineffābilis is a compound of in-, the Latin negative prefix that is equivalent to English un– (as in unspoken), and the verb effārī “to speak, speak out, speak solemnly, declare” (itself a compound of the preposition and prefix ex, ex– “out, out of” and fārī “to speak”). Another English derivative, infant, comes from Latin infāns (inflectional stem infant-) “small child, infant,” literally “nonspeaking,” formed from the same prefix in– and fāns, the present participle of fārī. Ineffable entered English in the late 14th century.

how is ineffable used?

As a child, I loved reading the dictionary in search of the precise words for everything. Reading this poem, whose title is a Japanese word often translated as ‘‘sunshine filtering through leaves,’’ I felt that wonder again—how the language of poetry can move us closer to naming what is ineffable.

Again, I was listening very hard to jazz and hoping, one day, to translate it into language, and Shakespeare’s bawdiness became very important to me since bawdiness was one of the elements of jazz and revealed a tremendous, loving and realistic respect for the body, and that ineffable force which the body contains …

SYNONYM OF THE DAY
Double your word knowledge with the Synonym of the Day!
SEE TODAY'S SYNONYM
Load More
Sep 09 somnambulism
Sep 11 ineffable
Word of the Day Calendar 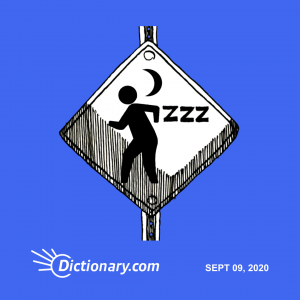