Home / Trending Words / Slang / Do You Spell Out These Abbreviations?

Now, more than ever, our language is full of abbreviations. From texting to talking, they save time and space and streamline our communications … in most cases. Then there are the cases that leave us looking at a string of letters without a clue how to pronounce them or what they mean.

Some abbreviations are obvious, as they’ve been in our vernacular for a while. For example, when we see FBI, we know to pronounce each letter separately [ ef–bee–ahy ]. Others, such as AIDS, however, we pronounce as one word [ eydz ]. Why the difference?

It’s likely because those that we blend together lend themselves easily to blending and are simple to sound out, while others end up as tongue twisters. Just try to sound out CD. Some, however, skate the line, and if you’re not familiar with them, they can be tricky.

First, it’s important to note that there are some slight technicalities when it comes to abbreviations. Acronyms are abbreviations, but not all abbreviations are acronyms. For example, ex. is an abbreviation for “example,” but it’s not an acronym.

An acronym is “a word formed from the initial letters or groups of letters of words in a set phrase or series of words and pronounced as a separate word.” For example, WASP stands for “white Anglo-Saxon Protestant.” You pronounce it as one word [ wosp ] instead of saying each letter. Other examples include NASA (National Aeronautics and Space Administration), SWAT (Special Weapons and Tactics), and UNICEF (United Nations International Children’s Emergency Fund).

Then there are initialisms, which are a type of acronym defined as “a set of initials representing a name, organization, or the like, with each letter pronounced separately.” Think BFF (best friend forever), UFO (Unidentified Flying Object) and IRS (Internal Revenue Service). In fact, most common acronyms are initialisms. From the NFL to URL, we don’t blend the letters together into new words, but rather pronounce each one.

To blend or not to blend

Some acronym pronunciations, such as the ones above, are obvious, but there are others that are a bit murkier. Let’s take a look at some that may leave you wondering.

If you tell your teen they shouldn’t trust anyone they haven’t met in IRL (in real life) and you pronounce it [ earl ], they’re probably not going to have any idea what you mean. Once they realize what you mean, they might call you a “boomer” to boot. Instead, you should pronounce each letter [ ahy-ahr-el ] … and let your teen know you’re not nearly old enough to be a boomer.

Most people know you pronounce the name of this high-end car brand [ bee-em-duhb–uhl-yoo ], but do you know what BMW stands for? In German, it’s Bayerische Motoren Werke, which translates in English to “Bavarian Motor Works.” If you’re fancy, you can just say “beemer.”

If you tell someone you’ll [ burb ], they likely will have no idea what you’re talking about. If, however, you tell them you’ll [ bee-ahr-bee ], they’ll know you mean that you’ll “be right back.”

If you have an Apple product, you’ve got iOS, as it’s the operating system for their products. But do you know how to pronounce it? While some say [ eye-oss ], most agree that each of the letters should be pronounced [ eye-oh-ess ], and we’re inclined to agree with the latter group, since Steve Jobs and other Apple execs have pronounced it as such over the years.

If you try to blend the letters RSVP together into a word, you’ve got a tongue twister. Pronouncing each of the four letters [ ahr–es–vee–pee ] is easier, however, than the French phrase for which they stand: répondez s‘il vous plaît, meaning “please reply.”

If you know nail polish, you know OPI [ oh-pee-ahy ]. What you probably don’t know, however, is that it stands for Odontorium Products Inc., as the company originally sold dental products. Odonto- is a combining form meaning “tooth,” used in the formation of compound words such as odontology (“the science dealing with the study of the teeth and their surrounding tissues”).

Short for “by the way,” each letter of BTW should be pronounced [ bee-tee-duhb–uhl-yoo ]. BTW, trying to figure out every acronym, especially when it comes to texting teens, is nearly impossible, so give yourself some grace.

Exceptions to the rules, because, of course, there are exceptions

This abbreviation, which popped up around 1985–90 in digital communications and stands for “laughing out loud,” can actually go either way. While most people pronounce each letter (“I’m el-oh-eling over that picture!”), others blend the letters (“I lolled so hard when you sent that!”). Your choice.

And then there are words like JPEG, which are hybrids. Defined as “a set of standards and file format for compression of digital color images,” you pronounce the J as a letter and then blend the rest [ jey-peg ].

Perhaps the most useful acronym of all to know when it comes to pronouncing acronyms is IDK [ eye-dee-kay ], which stands for “I don’t know.” Because the fact is there will always be some acronyms you just don’t know how to pronounce, and that’s OK.

While reading this article, you may have been wondering to yourself if text messaging is ruining English. FWIW, acronyms have been gracing the English language for a long, long time. Just look at the sobriquet for the Republican Party, GOP. 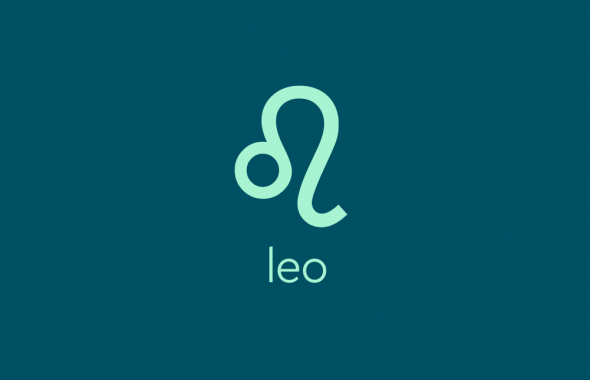