What does OK boomer mean?

OK boomer is a viral internet slang phrase used, often in a humorous or ironic manner, to call out or dismiss out-of-touch or closed-minded opinions associated with the baby boomer generation and older people more generally.

Where does OK boomer come from? 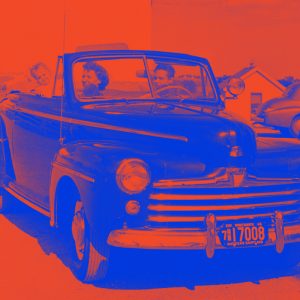 Boomer is an informal term for baby boomer, a person born during the baby boom (sharp increase in birthrates) after World War II. This generation generally includes anyone born in the US between 1946–65, a time of great economic prosperity.

While many baby boomers were connected to youth counterculture in the 1960–70s, they have since become blamed in the 2010s by people in younger generations for many societal woes, from the high cost of college tuition to the failure to address climate change.

This blame has contributed to the negative connotation of boomer, which—as seen in a phrase like OK boomer—dismisses a person from that generation (and older people more generally) as out of touch, close-minded, and part of the problem.

The specific slang expression OK boomer took off in early 2019, issued especially from millennials and Generation Z as a reply or reaction to older users (lumped together as baby boomers) who posted content that condescended to younger generations or provoked their sensibilities.

“Ok boomer” has become Generation Z’s endlessly repeated retort to the problem of older people who just don’t get it, a rallying cry for millions of fed up kids. Teenagers use it to reply to cringey YouTube videos, Donald Trump tweets, and basically any person over 30 who says something condescending about young people — and the issues that matter to them.

Lorenz’s article created a lot of buzz around the phrase OK boomer, with some internet commentators noting how the phrase (as is often the case for slang online) had already gotten overused. Others, more controversially, took offense to OK boomer as ageist.

Boomer is an informal noun referring to a person born during a baby boom, especially one born in the U.S. between 1946 and 1965.

The n-word is one of the most offensive words in the English language. https://t.co/30OAf7N83e

it took??? a month??? for government officials to ban vape products but we still have mass shootings here on the daily like ok boomer
@synodicbaby, September 2019
Thousands of teens and 20-somethings on TikTok have subverted the rant with the phrase "OK, boomer," explaining the reasons why their generation has ultimately dismissed the concerns of young people, dressing up in clown make-up, or simply, writing "OK, boomer" in a multitude of creative ways.
@rachsyme, November 2019
the reason “ok boomer” is such a great generational marker is it cleaves so neatly: boomers hate it, gen x will mock it, millennials will enthusiastically use it to the point of exhausting it without actually inventing it, and gen z has already moved on and thinks we are all nobs
Joshua Bate, USA Today, October 2019
SEE MORE EXAMPLES

OK boomer can be used online to write off, usually to a humorous or mildly mocking effect, opinions that are perceived as emblematic of attitudes of boomers and older people more generally. These attitudes include a resistance to technological change, inclusivity of marginalized identities, denial or inaction on climate change, and a belief that the problems of youth are due to their laziness or entitlement as opposed to structural inequalities and a lack of opportunity.

True to internet culture, OK boomer is also used more playfully or ironically in internet content (and products people can buy) about the sudden popularity of OK boomer, such as in TikTok videos that riff on OK boomer as a meme or Twitter commentary about the OK boomer phenomenon.

Silence, boomer and shut up boomer are used similarly to OK boomer.

This is not meant to be a formal definition of OK boomer like most terms we define on Dictionary.com, but is rather an informal word summary that hopefully touches upon the key aspects of the meaning and usage of OK boomer that will help our users expand their word mastery.