What does APIDA mean?

APIDA is an abbreviation that stands for Asian Pacific Islander Desi American.

The term is meant to refer to US citizens and residents who identify as Asian, Pacific Islander, or Desi (or who have an identity that includes one of these heritages). Desi is sometimes used as an identifying term for a person who is of South Asian descent or who traces their heritage to the Indian subcontinent. Please note: the meaning and implications of the word Desi vary from person to person.

APIDA is most commonly used as an adjective, as in APIDA students or the APIDA community.

Other terms and abbreviations have been and are used as a short way of referring to this diverse group, including Asian American Pacific Islander (abbreviated as AAPI). APIDA is often used with the intent to be more explicitly inclusive of South Asians (though not everyone who has South Asian heritage identifies as Desi). However, APIDA is somewhat less commonly used.

Example: The reading list included many books by APIDA authors.

Where does APIDA come from? 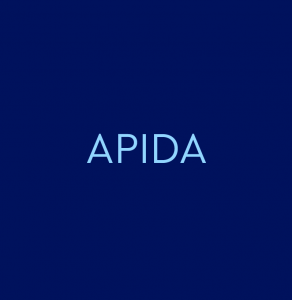 APIDA stands for Asian Pacific Islander Desi American. The term encompasses a wide group of identities, including people with a heritage rooted in the Pacific Islands and all of Asia, including Southeast Asia and the Indian subcontinent.

The term is used in the context of US citizens and residents who are originally from or who have heritage that’s rooted in these places:

I need to catch up on Asian Am community terms. Came across Asian American/Pacific Islander/Desi American (APIDA) for the first time tonight

APIDA is sometimes used instead of or alongside AAPI, especially as a way to be more inclusive of South Asians.

APIDA is often used in discussion (and in the names) of organizations for people who identify as part of these communities. It’s also used in discussions focused on the specific issues faced by the people in these groups, including racism, discrimination, and the experiences that come with intersection of their identities.

Speak out at an AAPI/APIA/APIDA event. Where are the PIs? This is so, so, so important. See out NHPIs and get to know them. Be authentic. -Inoke #APIDAcc

To my APIDA friends, I’m here. I’m with you. I got you.
@PatrickJHale, March 17, 2021
Excited to hear more about a project a student is working on specifically accessing and responding to the experiences of the APIDA community
@justingofficial, June 8, 2020

APIDA is used alongside or instead of similar terms like AAPI. Still, not everyone who identifies as an Asian American, Pacific Islander, or Desi American uses these identifiers, with some preferring to use more specific terms. In particular, some people prefer to avoid the term Desi due to various reasons. Separately, some Pacific Islanders have called for the separation of the terms to avoid erasing or overshadowing specific issues and forms of racism and colonialism that affect Pacific Islander communities.

This week in my Asian American Psychology class, we talked about sexuality and gender in the APIDA community and seeing fellow APIDA LGBTQ+ in the class makes me all 🥰

It's May! That means it's Asian Pacific Islander Desi American (APIDA) month! Get ready for lots of tweets and retweets about Asian American history and culture #APIHM

Standing in solidarity with my APIDA fam ✊🏽#StopTheHate

This is not meant to be a formal definition of APIDA like most terms we define on Dictionary.com, but is rather an informal word summary that hopefully touches upon the key aspects of the meaning and usage of APIDA that will help our users expand their word mastery.