What does AAPI stand for?

AAPI is an abbreviation that stands for Asian American and Pacific Islander.

AAPI is most commonly used as an adjective, as in the AAPI community or AAPI discrimination. It is sometimes used as a noun (as in I stand in support of my fellow AAPIs), but this is less common.

Other terms and abbreviations have been and are used as a short way of referring to this diverse group, but the term AAPI began to be more widely recognized and used in early 2021 in the wake of a significant increase in reports of violence and discrimination against AAPI individuals in the US. A similar but more specific term is AANHPI, which stands for Asian American, Native Hawaiian, and Pacific Islander.

Example: Members of the AAPI community have called for an increased focus on addressing the racism that they have faced and continue to face.

Where does AAPI come from? 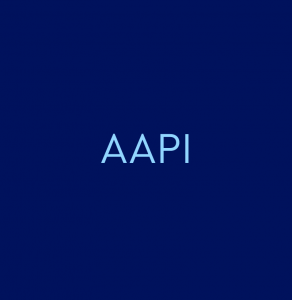 AAPI stands for Asian American and Pacific Islander. The term encompasses a diverse group of identities, including people with a heritage rooted in all Pacific Islands and all parts of Asia, including South and Southeast Asia. The term Asian American refers to a US citizen or resident of Asian birth or descent. The term Pacific Islander is used (including by the US Census Bureau and other organizations) to refer to people who were born on an island in the Pacific Ocean or trace their heritage to one. Examples of Pacific Islanders include Native Hawaiians and people of Samoan or Tongan descent.

The abbreviation AAPI has been used by the US government in some capacity since at least 1998. It is now commonly used in official government communications and programs. AAPI is also used in the names of some nongovernmental organizations focused on Asian Americans and Pacific Islanders, such as the anti-discrimination organization known as Stop AAPI Hate.

The term is sometimes used in the context of Asian American and Pacific Islander Heritage Month, which is observed in May (it was formerly called Asian/Pacific American Heritage Month).

Use and recognition of the term AAPI increased in early 2021 due in part to a significant increase in reports of violence and discrimination against members of the community, including in the San Francisco Bay Area and New York City. Many studying this violence linked it to the rise in racist and anti-Asian rhetoric during the COVID-19 pandemic, including racist and anti-Chinese comments made by president Donald Trump. Such violence and anti-AAPI discrimination came to widespread attention in March 2021 after a mass shooting near Atlanta in which six Asian American women were murdered.

Proud to be Asian.  Sending love to my AAPI brothers and sisters in America from Japan.  We matter, we exist, we believe.  Spread love, not hate.
@MasiOka, March 21, 2021
The Department of Justice says the service has been active in AAPI communities since the start of the pandemic. On Capitol Hill, Democratic lawmakers are reintroducing legislation meant to bolster law enforcement's response to hate crimes against Asian Americans.
Juana Summers, NPR, March 19, 2021

AAPI is becoming a more common way for people to identify as part of that community. Still, not everyone who identifies as an Asian American or Pacific Islander uses the term, with some preferring to use more specific terms. Namely, some Pacific Islanders have called for the separation of the terms to avoid erasing or overshadowing specific issues and forms of racism and colonialism that affect Pacific Islander communities.

As a member of the AAPI community, it’s painful to hear of the nearly 4,000 attacks on AAPI community members. #StopAsianHate
2/3

78 percent of AAPI women have been affected by anti-Asian racism in the past two years. https://t.co/cS37D5Q1z3 pic.twitter.com/in2unS20Gj

In many ways, umbrella terms like "POC" have the same problems that a term like "AAPI" or even "Asian American" has. Because East Asians are more visible to white America, they tend to dominate perceptions of "AAPI."

This is not meant to be a formal definition of AAPI like most terms we define on Dictionary.com, but is rather an informal word summary that hopefully touches upon the key aspects of the meaning and usage of AAPI that will help our users expand their word mastery.