What does BIPOC mean?

BIPOC is an acronym that stands for Black, Indigenous, and People of Color.

Black can refer to dark-skinned peoples of Africa, Oceania, and Australia or their descendants without regard for the lightness or darkness of skin tone, and who were enslaved by white people. Indigenous, here, refers to ethnic groups native to the Americas, and who were killed en masse by white people. People of color is an umbrella term for non-white people, especially as they face racism and discrimination in a white dominant culture.

Growing in use and awareness during the 2020 George Floyd protests against racism and police brutality, BIPOC is meant to emphasize the particular hardships faced by Black and Indigenous people in the US and Canada—especially because Indigenous people often get forgotten in social justice causes and that anti-Black racism is particularly virulent.

Learn more about how the George Floyd protests powerfully changed searches on Dictionary.com.

Where does BIPOC come from? 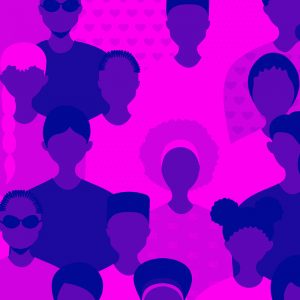 The acronym BIPOC—short for Black, Indigenous, and People of Color—dates back to the early 2010s. As reporting in the New York Times by Sandra E. Garcia has found, the earliest instance of BIPOC on Twitter comes in 2013.

One notable early use of BIPOC comes in 2015, when an intersectional activist organization, NOLOSE, used it in reference to a day during their yearly conference meant to give special space for, in their words, “Fat and Queer” BIPOC. In some instances in the 2010s, BIPOC had been used on social media to mean “bisexual people of color.”

With records dating back the late 1700s, people of color has long been used—if it seems more recently prominent in the mainstream—to refer to various races that are not white. (One early instance comes from Thomas Jefferson). Martin Luther King Jr. notably used a powerful variation of the phrase, “citizens of color,” during his renowned 1963 “I Have a Dream” speech.

However, some scholars and activists argue that the phrase people of color is too broad and general. It can obscure the fact that different members of minority groups experience racism and oppression differently—and historically did under colonialism in North America. It can even worsen the problems that racial groups experience, they feel, due to anti-Black racism from other people of color (e.g., some Latin, Asian, or Middle Eastern Americans). And Indigenous people have especially been overlooked in consideration of racism in society.

Let’s dig into the concept of how different groups experience oppression in different ways. A Black trans women, for instance, experiences sexism and anti-trans discrimination in addition to racism—a core concern of intersectionality. Intersectionality is the theory that the overlap of various social identities, such as race, gender, sexuality, and class, contributes to the specific type of systemic oppression and discrimination experienced by an individual.

BIPOC began spreading in the mid-2010s, in part, to better address intersectionality. BIPOC still includes all non-white people (e.g., a US citizen whose family comes from Mexico, India, or Iran) who have suffered at the hands of systemic and explicit racism in a dominant, white society. But, BIPOC specifically highlights two groups that have especially suffered in the US and Canada, Black and Indigenous people, due to the long legacy of slavery, genocide, and European colonialism.

Advocates for BIPOC also cite the fact that Black and Indigenous people have been the most frequent victims of police violence.

The extensive protests in 2020 against the killing of George Floyd by police officers contributed to a significant spike in the use of, interest in, and discourse about BIPOC on social media and Op-Eds. In this context, BIPOC was specifically calling out the fact that police brutality has disproportionately hurt Black Americans.

The US regularly deploys the military to destroy popular uprisings against unjust systems. “Law and order” to them means to accept the killings of George Floyd, Ahmaud Arbery, and thousands of other BIPOC.

Systems only change when presented with a direct challenge.

To celebrate the start of Pride Month I'd love for gay white men to use their artisanal bespoke gym-toned bodies as a barrier between BIPOC protesters and the police.

My mom thinking I can lose jobs/opportunities by posting about blm is just one of ways bipoc have had their voices silenced for generations
@rohanrkumar, June 3, 2020
You do not ask BIPOC to help you feel better. Don’t go to them with your tears about how hard it is to face your own racism.
Kirsten Powers, USA Today, June 11, 2020

BIPOC commonly appears in social justice-oriented discourse, used by an increasing number of activists and somewhat spreading in popular use online.

I don't think teachers spend enough time considering the impact of certain lessons on BIPOC students. Is there support built in?

I am so tired of white scholars making careers off the backs of BIPOC folks based on their mercurial and complicit "talents" to make us study-subjects.

BIPOC poets exist outside of Instagram. They've been writing, resisting and working on their craft without a platform to make them "insta-famous". By saying that BIPOC poets somehow didn't exist until the platform of instagram came along, you are erasing decades of work.

Each person has their own reasons for preferring BIPOC to POC or related phrases, but many of those who do, do so to highlight the discrimination Black and Indigenous people face. Latin American, Asian, and Middle Eastern people still face widespread oppression, but BIPOC seeks to ensure—as the BIPOC Project powerfully puts it—the problems of “native invisibility” and “anti-Blackness” don’t get left out in the conversation. That Indigenous and Black people don’t get erased.

While some people feel BIPOC is more inclusive, others caution against using terms like POC or BIPOC to lump the diverse experiences of different minority groups under the same term, advocating for people to take the time to specify who they are referring to, not homogenize them.

BIPOC is not to be confused with biopic, “a biographical movie or TV show.”

A similar acronym to BIPOC is NBPOC, which stands for Non-Black People of Color. This acronym is used to collectively refer to all people of color who aren’t Black, such as people of Asian or Latin American descent, for instance. This acronym is frequently used when an advocate for social justice is discussing the racial injustices that are specifically faced by Black people. NBPOC is also sometimes used in the context of calling out ways in which NBPOC can contribute to systemic racism against Black people or demonstrate anti-Black racist behavior.

Thank you so much to everyone who donated to our Moneypool Fundraiser for Black activists and artists. We’ve been able to give over £100 to each individual. The fight is far from over – let’s keep centering Black and NBPOC voices, sharing resources, researching and unlearning ❤️ pic.twitter.com/9pdF3Qb6Pi

I just think NBPOC need to direct their anger to white execs instead of Black people because blaming us is clearly getting you nowhere. pic.twitter.com/10LqCn3jXp

What are some other words related to BIPOC?

This is not meant to be a formal definition of BIPOC like most terms we define on Dictionary.com, but is rather an informal word summary that hopefully touches upon the key aspects of the meaning and usage of BIPOC that will help our users expand their word mastery.