What does GOMI mean?

An acronym for “Get Off My Internets,” GOMI is a blog and message board notorious for its sharp and often cruel criticism of lifestyle bloggers.

Where does GOMI come from? 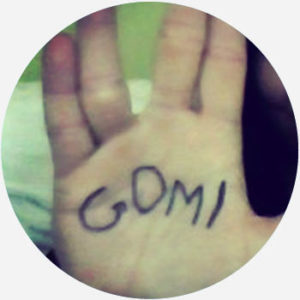 Its users, predominantly women and who call themselves “hamcats,” often target blogs and websites focused on parenting, traveling, fashion, crafting, and healthy living, which mushroomed in the late 2000s. Their criticisms have piled on uncalled-for personal insults of well-meaning, unsuspecting bloggers.

Obsessed with the GOMI forums. So much hilarious hate!

GOMI only had a small presence online until it gained notoriety after popular “mommy blogger” Heather Armstrong (Dooce) mounted legal challenges on the website for gossiping about her divorce in 2012. GOMI sparked another controversy in 2015 when it accused lifestyle blogger Emily Meyers’s husband of faking cancer.

@themegaleg Ahhh I love GOMI!! Mags is engaged again, Dooce is dating this dude with a big schnoz, Suburban Bliss is long divorced and …

Owing to incidents like these, GOMI has been decried as a “forum for grown-up mean girls” and a “hate blog,” with Alice Wright herself called “the most reviled woman on the web.” Some bloggers have said that GOMI attacks drove them to take antidepressant medications, caused legal hardships, or led to intense privacy invasions.

#GOMI: "Get Off My Internets" The cruel site for #female snark https://t.co/HXhi2SQb35 #cyberbullying #bullying pic.twitter.com/iPHnliurjQ

Still, Forbes online listed GOMI as one of their “100 Best Websites For Women” in 2013. Some bloggers take it as a sign they’ve “made it” when they’re featured on GOMI.

This GOMI forum is more ruthless than the Whnay's Good Taste Thread
@dieworkwear, January 2014
When you find a mean forum about yourself on both GOMI and Urban Baby but you don't mind because of the spike in traffic - thanks haters! ✌️
@juliengarman, December 2015
Let me set the record straight. GOMI forums are not 50% constructive criticism. They are less than 1% that if any at all. What they are instead is a free-for-all of cyber bullying. Let's call GOMI what it is: a burn book.
Célèste Fohl, “Beyond Constructive: "Get Off My Internets" and the Phenomenon of Bullying in the Blogging Community,” Bookish & Belle, April 26, 2013
SEE MORE EXAMPLES

The acronym GOMI tends to specifically refer to the blog, while Get off my internet(s)! enjoys broader and general use online as dismissive phrase. GOMI features a spinoff acronym, SOMI, or “Stay on My Internet,” for blogs, websites, and internet celebrities GOMI users find worthwhile.

Reading #GOMI forums on healthy living blogs…you have to weed through the clearly-unhappy-about-life people, but there's some good points.

@stephs1120 SO agree with you on reading the gomi forums… I just find them so interesting! Can't look away.

GOMI is not to be confused with the Japanese surname Gomi or the Marvel Comics character Gomi.

This is not meant to be a formal definition of GOMI like most terms we define on Dictionary.com, but is rather an informal word summary that hopefully touches upon the key aspects of the meaning and usage of GOMI that will help our users expand their word mastery.