What does UAP mean?

UAP is an abbreviation of unidentified aerial phenomenon (or phenomena), a term that refers to things observed in the sky that cannot be identified as aircraft or other known phenomena.

UAP is often used in the same way as the more popular term UFO (which stands for unidentified flying object), including sometimes being pluralized as UAPs when referring to multiple things that have been observed.

However, use of UAP instead of UFO, including in official ways by US government agencies, is sometimes seen as a way of avoiding popular connotations associated with the term UFO, including the implication that they are alien spacecraft.

Still, UAP and UFO are often used interchangeably, and UAP is used by some who believe that some phenomena that have been observed are in fact extraterrestrial in origin.

In 2020, the US Department of Defense (DoD) approved the creation of the Unidentified Aerial Phenomena Task Force to catalog and study UAP, leading to increased use of the term, especially in media reports on the topic. Interest around the term rose again in the summer of 2021 with the release of a report by the task force.

Example: Regardless of your stance on UFOs and the possibility of intelligent extraterrestrial life, it’s clear that this particular UAP—reported by dozens of reliable witnesses—is not easily explained.

Where does UAP come from? 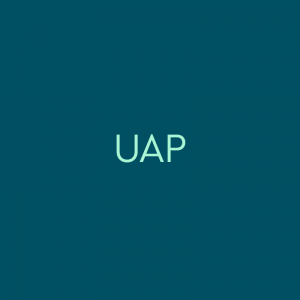 Use of the abbreviation UAP has increased in recent years due to the term’s appearance in government and media reports. The term unidentified aerial phenomenon/phenomena has been used in US government reports since at least the mid-1960s. It is most commonly used in reports of military pilots’ accounts of witnessing objects that appear to be traveling at speeds or performing maneuvers not thought to be possible by known aircraft or with current technology.

Practically speaking, use of the word phenomenon (as opposed to object) allows for the fact that some of the phenomena that are observed or reported may not be objects at all, but instead things like weather phenomena or visual artifacts caused by the camera that captured the footage, for example.

“Oh don’t say UFO you have to say UAP” - what Aliens find humans arguing about before they eat our faces off.
@JohnRobertsFun, September 20, 2019
That release is tentatively set for later this month, but the New York Times published a copy yesterday, and the conclusions are just enough to intrigue everyone and satisfy no one: There is no evidence that the UAPs are of extraterrestrial origin, but nor can that possibility be ruled out.
Jeffrey Kluger, TIME, June 4, 2021

The abbreviation UAP is used in government reports, media reports about them, and in discussion of such phenomena. It’s sometimes used as an alternative to the term UFO, but the two terms are also used interchangeably.

Friendly reminder that the U in UAP and UFO stands UNIDENTIFIED. Beware of anyone who tells you they know exactly what they are. 🛸 🛸

We are expecting the UAP/UFO report today. But there won't be final answers. As interesting as what is in the report will be the government's plans to examine the incidents that remain unexplained.
https://t.co/B2Q7dQl9Hm

The recent photos may change what we know about UAP. We expect a spacecraft with ETs inside but what if some UAP are something else – something more esoteric that morphs & change shifts. Maybe equipment?

Not saying this is the case just saying what if.

This is not meant to be a formal definition of UAP like most terms we define on Dictionary.com, but is rather an informal word summary that hopefully touches upon the key aspects of the meaning and usage of UAP that will help our users expand their word mastery.