What does 🤤 Drooling Face emoji mean?

Whether you desperately desire a delicious meal, a nice pair of shoes, or that cutie sitting across from you in the coffee shop, you might look like the drooling face emoji: 🤤.

This emoji is used to convey such lust and longing as well as naptime—a less sexy time to drool. People seen as stupid are sometimes mocked as slobbering and slack-jawed, so the emoji also sometimes gets used to call someone or something “idiotic.”

Where does 🤤 Drooling Face emoji come from? 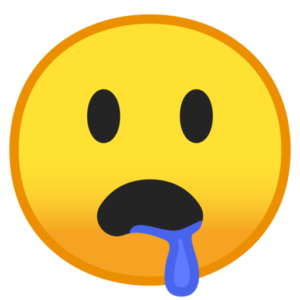 2016 was a big year for the drooling face emoji. That year, the emoji was approved under Unicode 9.0.

Across platforms, saliva is pouring out of the emoji’s mouth as the rest of the face looks relaxed with contentment or gobsmacked with lusty longing. This represents the metaphor of drooling over something, like Homer Simpson hungering for a donut. 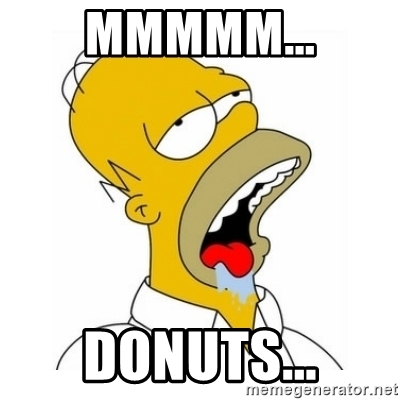 currently sat at work fantasising about the nap im going to have when I finish 😴🤤
@jess_violet1, July, 2018
my girl so damn bad!!! it’s hard for me to wrap my head around this girl being mine forever, like it’s a dream. she’s a dream. just crazy. 🤤💍
@jaydennnp4, July, 2018
Those colors tho.....🤤🤤🤤 Living for these swatches by @mandyjoyyx0xo. Thank you so much boo! 💚💙💜 Colors listed from left to right: 1.)TESLA 2.)DUPERSTAR 3.) FROSTBITE
looxi_beauty, Instagram, June, 2018
SEE MORE EXAMPLES

The most common use of the drooling face emoji by far is flirtatious. The emoji can be found most often in response to someone sexy, either in the caption of a photo or in the retelling of a hot story.

not to be dramatic…but i think i’m in luv

It’s not all about looks, either. You can drool over another person’s personality or the way they treat you with the drooling face emoji.

Baby keeps me fed not fed up 🤤 pic.twitter.com/dt6zknOBxc

People drool in other situations, too, like when presented with a delicious meal or a beautiful clothing item. The drooling face emoji makes frequent appearances in captions of scrumptious food photos and other desirable items.

Found this recipe on Facebook and made it for dinner. It was delicious!! 🤤😜 #ididntburnit #bakedgarlicbutterchicken 😍 pic.twitter.com/grHWSo50An

Some people use the drooling face emoji in a more lighthearted, cheeky way.

yeah sex is cool and all but you ever came up on a real low key thrift spot? 🤤

Don’t forget that daydreaming about a cute girl or sick kicks isn’t the only drool-inducing sleeping activity. People also drool during a deep nap or night of sleep, so you may see the drooling face emoji accompanying posts about people needing, or waking from, some quality rest.

Got the a/c in my house on 72 , all the lights in the house off and it’s raining and thundering I’m finto take me a good ass nap 🤤

The drooling face emoji does have a meaner side, though, with its strand of spit symbolizing stupidity for some.

He just added MORE debt bc of zero tolerance… $$$ we paid is going to PRIVATE buddies of Trump team !!!!! They made millions caging children ! You don’t mind paying for Cabinet members extravagant lifestyle! Doors, tables, phone booths , security so the 2 idiots can hunt ? 🤤