What does 🌫️ Fog emoji and 🌁 Foggy emoji mean?

There are two emoji are confusing …

Where does 🌫️ Fog emoji and 🌁 Foggy emoji come from? 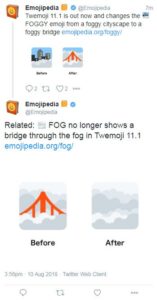 Foggy emoji is slightly older than the fog emoji.

It was approved under Unicode 6.0 in 2010. Also popularly called fog, foggy city or fog bridge, this emoji depicts a city or bridge shrouded in fog, as shown in the screenshot from Emojipedia below. 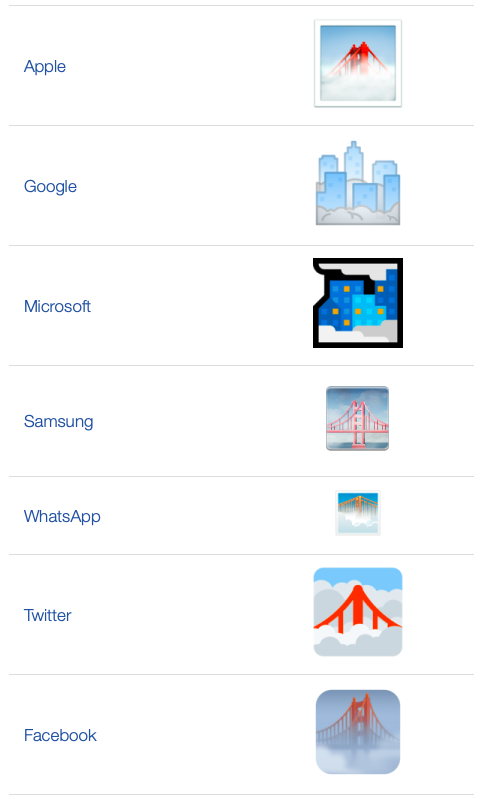 Apple, Facebook, Twitter, Samsung, and WhatsApp’s bridges resemble San Francisco’s iconic Golden Gate Bridge. San Francisco is known for its foggy weather—and it doesn’t hurt that many of these tech companies are headquartered in the city.

The fog emoji was approved by Unicode 7.0  in 2014. Its appearance is fairly uniform across platforms. It looks like, well, fog: a cluster of thick, grayish-white clouds.

Microsoft’s design, though, is more representational, featuring three, gray, wavy lines, as shown in the screenshot from Emojipedia below. 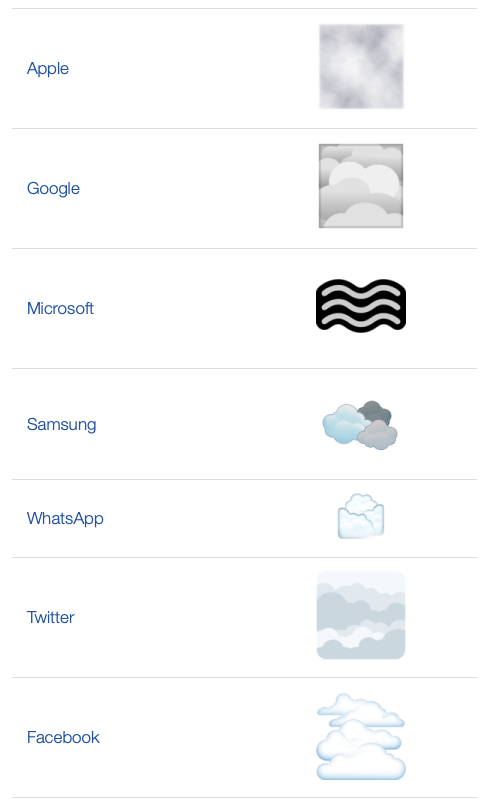 True to their name, the fog and foggy emoji are used for foggy, cloudy, hazy, and even snowy weather.

It's a foggy morning in High Wycombe today! 🚨🌫️

Do take care on the roads and paths and enjoy the #FridayFeeling 😁 pic.twitter.com/Aab01XaaVc

They are also both used for metaphorical fogs, like when someone only has a foggy idea or feels like they are in a fog.

If your gonna sub-tweet about anyone😒, make it as vague🌁 as you possibly can😑… but hey😯, if you want them to notice😕… be my guest👋😶

Thanks to the appearance of the Golden Gate Bridge on many platforms, foggy emoji is often used to represent San Francisco or the Bay Area, or for bridges, both physical and metaphorical.

… and haze, as generated by smoking pot.