What does 📝 Memo emoji mean?

The Memo emoji 📝 shows a memo and a pencil. It is an incredibly versatile emoji that is commonly used to refer to memos, exams, written tests, quotes, notes, records, reminders, term papers, and many other written documents. The emoji is also used each year on May 21, National Memo Day, in case you didn’t get the memo.

Put your phones down while we dust off our overhead projector and go over some forgotten office terms. You might be surprised by what we still say today.

Where does 📝 Memo emoji come from? 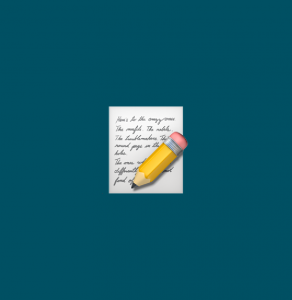 The Memo emoji 📝 represents a memo, short for memorandum, “a short note designating something to be remembered” or “an informal business message” (remember those?).

The Memo emoji 📝 is a common emoji that can be used in many different situations. It can be used to reference any instance where a person would write something down.

I just submitted my application to student teach next year and I am SOOOO excited!!! 🍎📝

I need to make a to do list for today 📝

One of my kids is returning to in-person school tomorrow. I’ve never been so excited to go shopping for school supplies! 📓🖍📝 🤗

This is not meant to be a formal definition of 📝 Memo emoji like most terms we define on Dictionary.com, but is rather an informal word summary that hopefully touches upon the key aspects of the meaning and usage of 📝 Memo emoji that will help our users expand their word mastery.