Who is the Grim Reaper?

The Grim Reaper is a fictional skeleton wearing a black robe and wielding a scythe, generally portrayed as the embodiment of death.

Where does Grim Reaper come from? 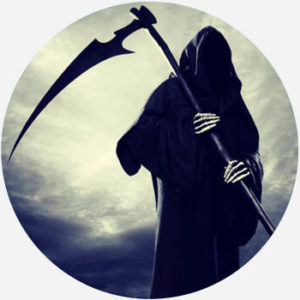 Mortality. It’s at the heart of the human condition. Throughout history, different cultures have variously imagined our inevitable demise, from the Greek Thanatos to the Norse Hel to the Hindu Yama.

One such prominent figure in European lore is the Grim Reaper, a black-robed skeleton who cuts down lives with its dreaded scythe. According to common legend, seeing the Grim Reaper standing near you, particularly if you are on your death bed, is a clear sign that your end is near. 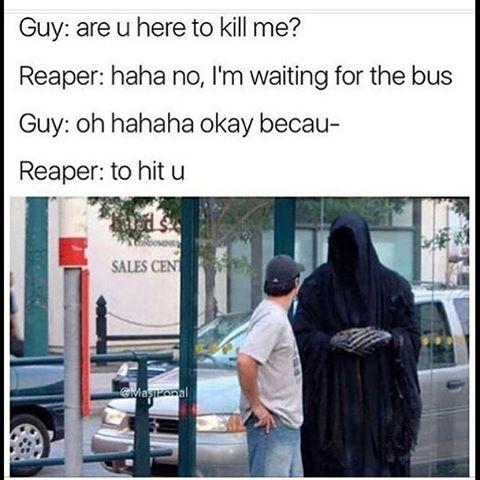 The depiction of death as a ghastly skeleton seems to have originated in 14th century Europe, devastated by the bubonic plague, or Black Death, which by some estimates claimed over half of the population. Originally, this personified Death was portrayed as a bare skeleton wielding various weapons, like crossbows or darts, its form eventually settling into its telltale black robe and scythe by at least the 1800s. Some early imagery even depicts the Grim Reaper in tattered white.

It’s unclear exactly when its signature features first settled into place, but they are meaningful. The black robe is mournful and monk-like, pointing to traditions of wearing black at funerals. When the Grim Reaper knocks at your door, it’s your funeral, ready or not. 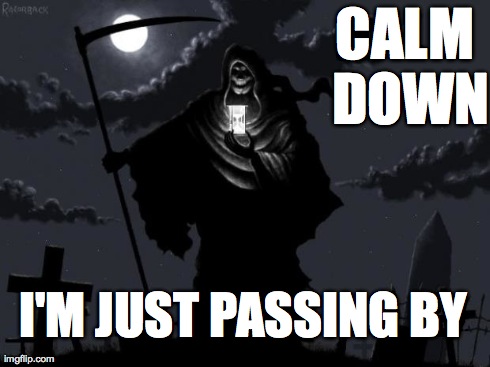 The Grim Reaper‘s scythe—or sickle, a farming tool used to cut down and reap wheat grass and metaphorically, harvest souls—actually predates the grim reaper himself. In Greek mythology, a scythe was wielded by the ancient Greek Kronos, the Titan god of Time, sometimes credited for influencing the Grim Reaper.

The name Grim Reaper emerges by the 1800s. One early instance comes in an 1805 issue of the magazine Music. Discussing “The Maid and the Reaper,” by William Lamson, an article notes how the titular maiden mistakes a regular reaper (farmer) with the grim reaper death, grim here meaning “sinister.”

The Grim Reaper has proved an enduring character in popular imagination. It resembles a menacing spirit in Dickens’ 1843 classic A Christmas Carol. It figures in Ingmar Bergman’s 1957 art film The Seventh Seal. It is a leading character in Terry Pratchett’s 1980–90s comic fantasy series Discworld. It stars in the 1991 comedy Bill & Ted’s Bogus Journey. The quirky 1998 video game Grim Fandango features a take on the Grim Reaper, as does the 2000s children’s cartoon The Grim Adventures of Billy and Mandy and episodes of Family Guy.

The Grim Reaper is also, of course, a Halloween staple. Don’t be too alarmed if you see a Grim Reaper at your door in October; it’s probably just your neighbor Frank, dressed up as death. Hey, Frank.

8 Servings of Fruits and Vegetables a Day Keeps the Grim Reaper Away
Muscle & Fitness (headline), May, 2017
The devil shakes a pitchfork, the grim reaper swings a scythe… So farming must be a big thing in the underworld
@Ea5yThought5, August, 2018
i would skip my own graduation to go to this. i would skip a family funeral to go to this. i would punch the grim reaper in his bony face & tell him to slow his roll because i'm going to this.
@clemfairie, December, 2017
SEE MORE EXAMPLES

Outside of its imagery and iconography, the phrase Grim Reaper is often used to evoke death. If someone were to attempt a daring stunt, you could advise them to “Be careful of the Grim Reaper.” More playfully (or cruelly), a parent might warn a child, “Better eat your veggies, else the Grim Reaper will get ya.” 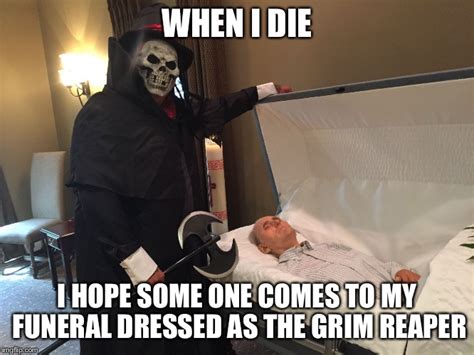 Both grim and reaper are so closely associated with the Grim Reaper that they can independently conjure up Mr. Death, as we see in rock band Blue Oyster Cult’s 1976 “(Don’t Fear) The Reaper.” 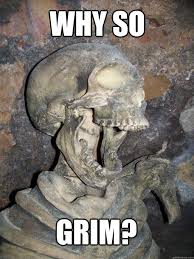 People, companies, and even nations are sometimes likened to the Grim Reaper. Attorney General Jeff Sessions, for instance, has been nicknamed the Grim Reaper because of his avid advocacy of the death penalty. 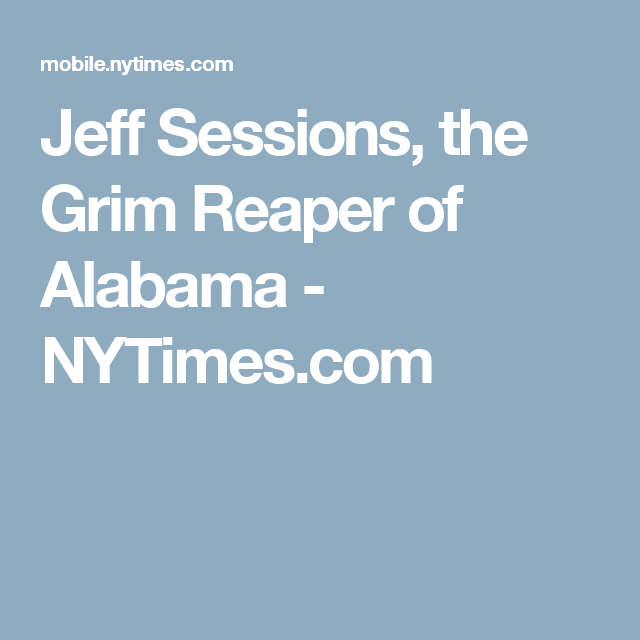 This is not meant to be a formal definition of Grim Reaper like most terms we define on Dictionary.com, but is rather an informal word summary that hopefully touches upon the key aspects of the meaning and usage of Grim Reaper that will help our users expand their word mastery.