Everything After Z by Dictionary.com
Previous Word bigender
Next Word cis

Someone who is ceterosexual is a nonbinary person who is primarily sexually attracted to other nonbinary people.

If sexuality was a choice, I'd be ceterosexual but / I'm really into almost everyone except cis men
@dilly_babbles  July 2019
Also, I'm under the impression that ceterosexual is used to describe attraction to nonbinary people, not trans women or men. If you're a guy attracted to women, be the woman in question cis or trans, that's still heterosexual.
ChillaKilla (user), The Asexual Visibility & Education Network, October 2016

Where does ceterosexual come from? 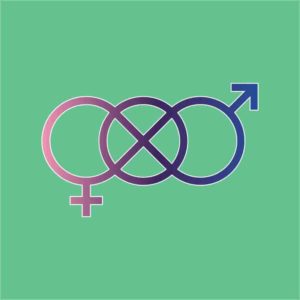 The cetero– in ceterosexual is based on the Latin ceterus, “the other, the rest.” You may recognize this word in the phrase et cetera, literally meaning “the rest” and abbreviated as etc. The sense of “other” in ceterosexual isn’t meant to be dismissive or offensive. It is meant to include people whose gender identity does not fit into the male/female binary.

The term ceterosexual can be found by at least 2013 on the online art community, DeviantArt.

While some early instances of ceterosexual use the term as a synonym for the older term skoliosexual, other early uses specifically note that the term is meant as a replacement for skoliosexual. The problems with skoliosexual are twofold.

First, skoliosexual has been used to describe attraction to nonbinary people, regardless of the gender identity of that person themselves. Some in the LGBTQ community feel that, because you cannot identify a nonbinary person without learning their gender identity, skoliosexuality stereotypes the presentation of nonbinary genders or fetishizes them. Second, the skolio- in skoliosexual is based on a Greek root meaning “bent” or “divergent,” which has negative connotations.

Use of the term ceterosexual is in flux. It always best to respect a person’s own self-identification (and their right to talk or not talk about that).

thank you for validation! i'm demi & grace. also i call myself a "transcet" because i'm enby & ceterosexual (attraction to enbies). https://t.co/EjHjULgXOX

A related term is ceteromantic, which refers to romantic attraction to a nonbinary person. Like bisexual/bisexuality or heterosexual/heterosexuality, ceterosexual takes the noun form ceterosexuality. Some people in the nonbinary community may used the shortened term cetero.

This is not meant to be a formal definition of ceterosexual like most terms we define on Dictionary.com, but is rather an informal word summary that hopefully touches upon the key aspects of the meaning and usage of ceterosexual that will help our users expand their word mastery.