What does bigender mean?

Where does bigender come from? 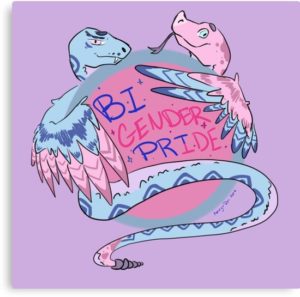 Before its use in the LGBQT community, bigender was an early 20th-century biological term for plants that possess both male and female reproductive parts.

The term evolved to refer to something suitable for both male and female genders, e.g., bigender college dorms, where men and women will live on the same floor.

Bigender was applied to gender identity as early as the 1970s. That said, the concept of bigender long predates the term, as exemplified by the Native American concept of Two Spirits– a person embodying both male and females identities.

In 1999, the San Francisco Department of Public Health conducted a survey of transgender individuals, finding that 3% of the people assigned a male gender at birth consider themselves bigender, and 8% of those assigned female at birth identified as bigender. 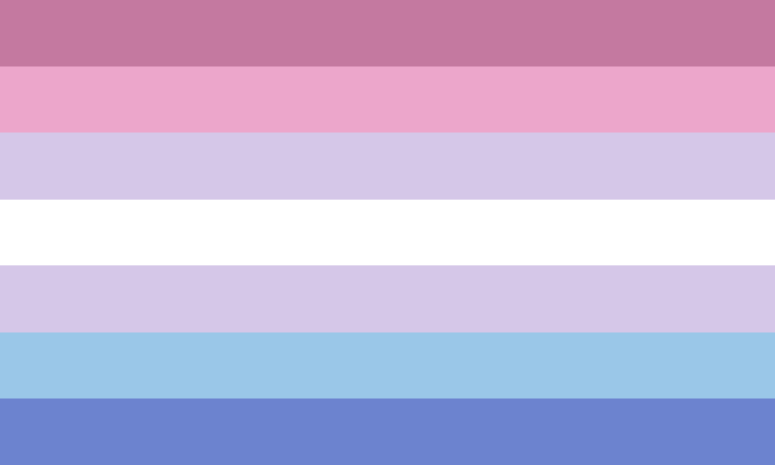 The term bigender spread in the 1990s and 2000s with the increasing awareness and visibility of nonbinary gender identities, especially through the LGBTQ community online. In 2014, many social media platforms began to acknowledge different gender identities, with platforms like Facebook and OKCupid allowing people to select bigender for their profiles.

Individuals who identify as bigender tend not to be considered gender-fluid, which is a nonbinary identity where a person is a non-fixed range of gender identities. Some individuals may experience three gender identities, or trigender.

pansexuality is real it’s not about being attracted to trans people because they fall into the binary category it’s about non binary people and trigender and genderfluid people too. pic.twitter.com/bRUzTNw9Pj

Maybe i just like lists and being precise, but i really don't get transphobes freaking out over there being a bunch of genders. Like, yah dudebro, my friend is bigender between greygender cismale and novigender. All you need to worry about is that he's fucking perfect
@BennActive, February 2019
Bigender people may feel male one day and female the next. The identification is different for each person as some may live for years with one gender and suddenly switch to the other. Everyone can do it their own way. I identify mentally, spiritually, and emotionally as female, and only physically as a male. My gender expression, which is different from gender itself, is feminine in both cases.
Buffy Flores, Pride, April 2016
@ThomasSanders and @Nyxfears are such an inspiration and taught me that being myself is acceptable. / With that said, I came out as bigender to my brother today and while it didnt go how I had hoped, I still was able to have the courage! / Thank you both so much 😊#loveandtruth
@TGimarelli, January 2019
SEE MORE EXAMPLES

Bigender or bigendered can describe a person who identifies as two genders. Bigender especially used of or by people who identify as both male and female, though it may include other gender identities as well.

It is considered a nonbinary gender identity and is proudly used as self-identifier.

Bigender individuals may use the term in a range of contexts, from dealing with masculine and feminine wardrobes (gender expression) to topics of self-exploration, coming out, and harassment.

Hi. I don't know if I'm bigender or genderfluid or a woman but I'm working on figuring that out. I'm also starting to work on living my truth + not letting my self-loathing push ppl away and harm those I love. 2019 is a year of redemption for me. I don't know what to call myself

@ThomasSanders and @Nyxfears are such an inspiration and taught me that being myself is acceptable.

With that said, I came out as bigender to my brother today and while it didnt go how I had hoped, I still was able to have the courage!

This is not meant to be a formal definition of bigender like most terms we define on Dictionary.com, but is rather an informal word summary that hopefully touches upon the key aspects of the meaning and usage of bigender that will help our users expand their word mastery.