What does genderflux mean?

Genderflux is also used by some as a synonym for gender-fluid more generally.

Where does genderflux come from? 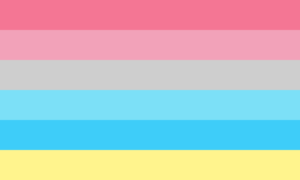 Evidence for genderflux for “shifting between genders” (hence flux) dates back to at least 1994 concerning a Queer Pagans newsletter, and rocker Marilyn Manson was described genderflux in 2003.

Genderflux took off in 2014, thanks to Tumblr user Deergoths, who applied genderflux to experiences of variation in the intensity within a gender identity (rather than between). A 2016 Teen Vogue article on the changing lexicon of gender and sexuality helped spread the term.

While both senses of genderflux are in use, social media suggests Deergoths’ sense is becoming more common, likely to its utility and the existence of the terms nonbinary and gender-fluid.

The genderflux community has a rich vocabulary based on flux, including but not limited to boyflux, girlflux, bigenderflux, fluidflux, agenderflux, neutroisflux, nonbinaryflux. A person who identifies as girlflux, for instance, experiences a range of intensity of female identity, while an agenderflux person may experience various degrees of feeling any gender at all.

genderflux: a gender experience which changes in degree over time (sometimes /very/ that gender and sometimes less that gender)
this is not the same as genderfluid, because the gender(s) you're experiencing stay the same, it's only the intensity that changes

Q: What piece of machinery is needed in a car in order for a genderqueer person to travel in time? / A: A genderflux capacitor
@genderfork, September 2015
Happy #InternationalPronounsDay to every non-binary, trans, genderqueer, genderfluid, genderflux person out there! Whatever terms/pronouns u use 2 describe yourself, know that u r accepted and loved! Fellow cis ppl, let's make sure that nonbinary ppl feel supported every day!
@cwtchqueen, October 2018
I think a more accurate label for me is 'genderflux', which means I experience different intensities of gender. Sometimes I feel devoid of gender, sometimes I feel like a girl, sometimes a boy, sometimes a mix of different genders. It took a long time for me to admit it to myself, because it took a long time to figure out that just because it fluctuates doesn't mean it's a phase.
Alison Evans, Daily Life, November 2015
SEE MORE EXAMPLES

Okay so after nearly a year of questioning, I think that I'm Genderflux. It explains a lot, like how sometimes I feel like a girl and sometimes I don't feel I have a gender at all. And I spend most of my time in the middle of those two. It feels really good knowing that. 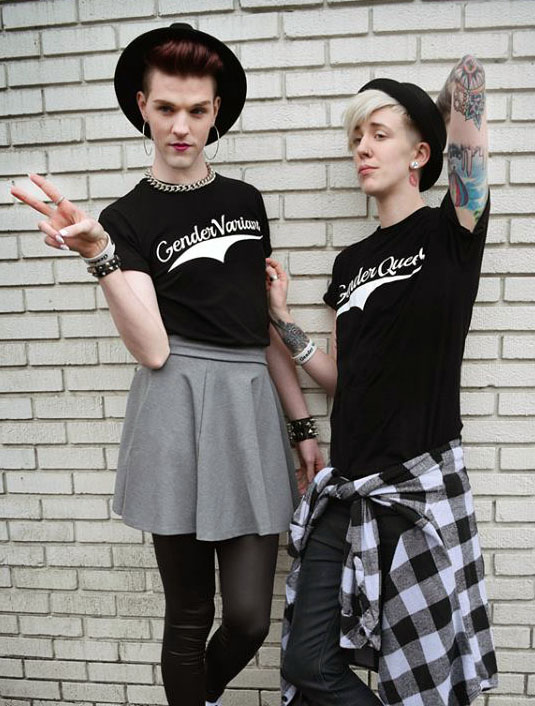 Gender Flux is also a 2015 short adult film which, according to Queerporn.tv, “brings gender fluid strap on fucking to its highest form.”

Genderflux is still debated in queer culture (not to mention rejected by transphobic people), though the zeitgeist in the 2010s favors allow people to self-identify their gender as they feel is right for them.

Here is some helpful info on genderflux!
Genderfluid and genderflux are similar, but not the same. Genderfluid switches genders and genderflux does not switch but rather intensifies between agender and another gender. pic.twitter.com/4iIxzbWPV3

REMINDER: Genderfluid, Genderflux, BiGender,TriGender,DemiGender,and GenderQueer people are not confused, or going thru a phase.

This is not meant to be a formal definition of genderflux like most terms we define on Dictionary.com, but is rather an informal word summary that hopefully touches upon the key aspects of the meaning and usage of genderflux that will help our users expand their word mastery.