What does genderfuck mean?

Genderfuck seeks to subvert traditional gender binary by mixing or bending one’s gender expression, identity, or presentation (e.g., a transgender woman wearing a dress and having a beard may considered genderfuck or engaging in genderfucking).

Where does genderfuck come from? 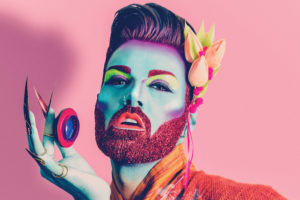 The traditional gender binary believes people are either a man or a woman, each with their own distinct physical and social traits. Gender, however, is a construct and spectrum, and everyone from scientists to sociologists understand gender as far more complex than any binary.

People, for instance, may be born a male biologically but identify as a woman (transgender) while other people may experience no gender at all (agender).

Genderfucking is a way queer individuals mess with or rebel against (“fuck with”) the restrictive gender binary paradigm. Genderfuck behaviors and activities are various and meant to be subversive, ranging from a man wearing a dress to mixing displays of traditional genders (e.g., having a beard and breasts).

The term genderfuck appears as early as 1972. It was notably explained in 1974 by Christopher Lonc, a gay activist and artist in the Bay Area who tried to encourage more men to wear drag. He introduced the term in an article, “Genderfuck and Its Delights,” published in Gay Sunshine: “I want to criticize and poke fun at the roles of women and men too…I want to ridicule and destroy the whole cosmology of restrictive sex roles and sexual identification.” 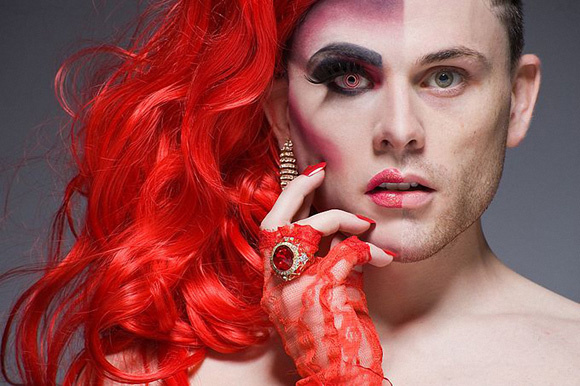 Genderfuck spread—and became a fixture in the LGBTQ lexicon—thanks in great part to queer theater and drag culture in the late 20th century.

I got invited to a “genderfuck party” help what do I do, I don’t own anything gender nonconforming and all the other gays will judge me
@KenanPerry, January, 2019 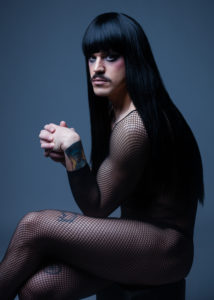 Eva Mueller / 3:AM Magazine
Far from denying the wall that divides males from females, Hujar’s photographs—and the drag performers he depicted—ricochet off it, their humor and poignancy resting on a gender distinction that is flamboyantly flouted. “It’s about screwing with codes,” says Joel Smith, the Morgan’s photography curator. “ ‘­Genderfuck’ is the operative term. I’m pretty sure it’s the first time it’s appeared on a wall label at the Morgan Library.”
Arthur Lubow, W, June, 2018
SEE MORE EXAMPLES

The term genderfuck is used within the LGBTQ community in a variety of ways. Initially, genderfuck was closely associated with drag culture. For example, popular star of RuPaul’s Drag Race Sir Honey Davenport describes themselves as a genderfuck performer. 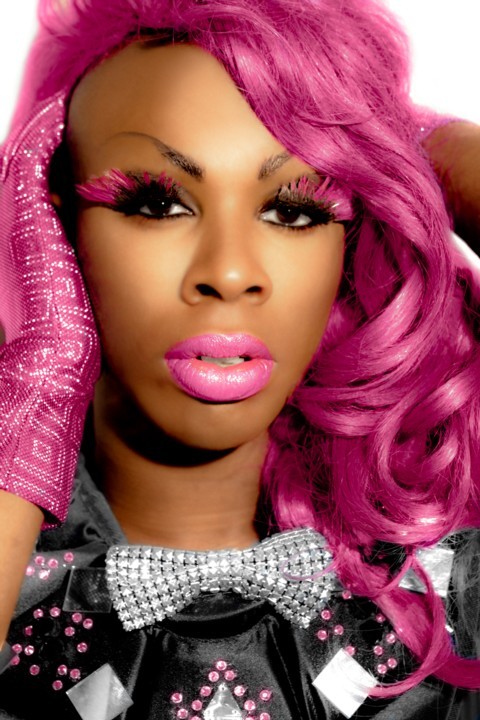 Genderfuck is also sometimes used by gender nonbinary people as a self-identifier (e.g., a transgender person identifying as a genderfuck/genderfucking individual or genderfucker).

I see myself as completely a man and ALSO a genderfuck

Genderfuck is sometimes used in the same way as gender-bending, though that term, in popular use, especially emphasizes cross-dressing and is less transgressive, at least as a word, than genderfuck.

This is not meant to be a formal definition of genderfuck like most terms we define on Dictionary.com, but is rather an informal word summary that hopefully touches upon the key aspects of the meaning and usage of genderfuck that will help our users expand their word mastery.