Demigirl is a gender where a person partially identifies as a woman or with feminine characteristics.

Where does demigirl come from? 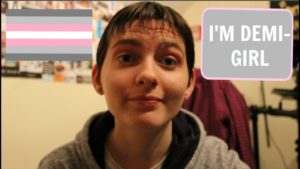 Demigirl is a genderqueer identity that emerges at least by 2014. It takes off on the social media platform Tumblr, known for its gender-diverse community and lexicon. It’s based on the Latin prefix demi-, meaning “half” or “partial.” 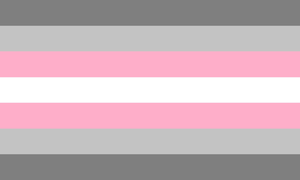 Regardless of their assigned sex at birth, a person who identifies as demigirl identifies as more feminine than masculine or fully nonbinary. This includes birth-assigned women who feel a degree of disconnection with that identity but don’t experience full-on dysphoria as a result of it. It can also include birth-assigned men who identify as more female than male, though not fully female or nonbinary.

The term demigirl spreads on social media online in the late 2010s as part of the growing visibility and inclusion of gender diversity in broader culture.

Its male counterpart is demiboy (identifies partially as male). Other partial gender identifications include demifluid, demiflux, demigender, and demienby, or a person who identifies as partially nonbinary. 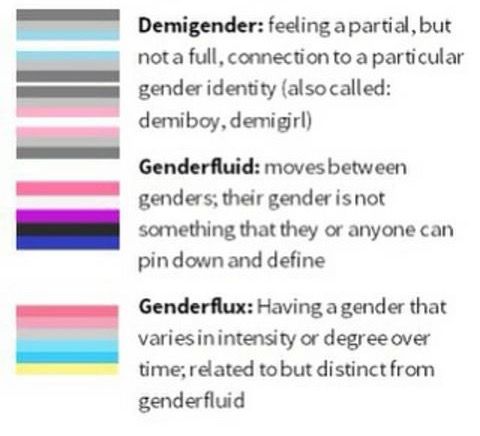 Demigirl is not to be confused with demisexual, a person who only experiences sexual attraction after forming a strong emotional connection with a partner.

when you realize that demigirl is not demisexual girl and these are two different things #lgtba
@10WaysToHateYou, November 2018
I feel completely valid... my 'friend just said that what i identify as ((a demigirl)) isnt a real gender... i feel completely valid and my confidence is skyrocketing / Note the sarcasm
@EmRosePurple, November 2018
Now an Australian study has found more than 30 separate gender definitions available on social media platforms or offered by government institutions...These include “pangender”, “poligender”, “transgender”, “androgyne” and “demigirl” alongside the traditional male and female.
Hugo Greenhalgh, Reuters, October 2018
SEE MORE EXAMPLES

A demigirl may also be called a demiwoman or demifemale, and they may prefer the pronouns they/them/their to refer to them.

Being demiwoman means I’m constantly debating whether she/her pronouns or they/them pronouns feel right. I’m usually somewhere in between and I’m fine with she/her, but sometimes I’m agender enough that it bothers me.

Society, can we just stop with the gender roles? Thx

Demigirl is commonly used as a self-identifier or in discussions of gender identity in the LGBTQ community.

i came out as non-binary (demigirl) to my mom today and she smiled, hugged me and said "me too!" IM FUCKING CRYING MY EYES OUT I LOVE YOU MOM

Unfortunately, there has been some backlash to the expanding vocabulary for gender identification, and demigirl has its detractors–especially among transphobic individuals.

This is not meant to be a formal definition of demigirl like most terms we define on Dictionary.com, but is rather an informal word summary that hopefully touches upon the key aspects of the meaning and usage of demigirl that will help our users expand their word mastery.