What is the pink tax?

Often, products marketed to women cost more than the same ones for men. This gender-based price discrepancy is known as the pink tax.

Where does pink tax come from? 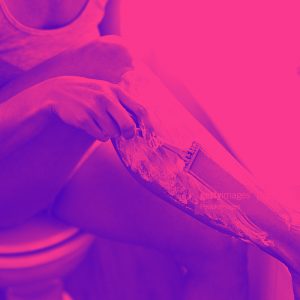 The phrase pink tax emerged in the 2010s. Pink refers to the fact products targeted to women and girls are often, stereotypically, pink in color. And because women’s products are frequently more expensive than identical male ones, the price discrepancy has been likened to an unofficial tax.

It’s important to note that a pink tax is not explicitly mandated by governments in the way that a sales tax or property tax is. Instead, it’s believed to be the result of systemic gender discrimination in society.

Indeed, research—such as an influential one by New York City in 2015—found that, on average, women pay 7% more than men do for the same products. The discrepancy was especially noticeable in personal care products (razors, shampoo, etc.): 13%.

Pink tax became an issue of debate in the US and around the world in the mid-2010s. In 2015, for instance, California Congresswoman Jackie Speier introduced the Pink Tax Repeal Act. She reintroduced it in 2019 (with a Republican cosponsor, Tom Reed of New York). The act, if passed according to the resolution, “will end gender-based discrimination in the pricing of goods and services by allowing the Federal Trade Commission to enforce violations.”

Moving from politics to popular culture, in 2018 Burger King notably ran a campaign to call out gender-based price discrimination. In a video, they showed a box of their “Chick Fries” being sold in a pink box at $3.09—just because it was pink and riffed on a stereotypically girly-looking chick—compared to a regular box of “Chicken Fries.” (The actual fries were sold at $1.69 for all.)

we all pay the price when women are charged more. that’s why we dropped the price of chicken fries to $1.69 for everyone. pic.twitter.com/0h3CtaxPaR

Related to the pink tax is the tampon tax. In most states, tampons (and related menstrual products) are taxed, which many argue is an additional, financial burden placed on women—just for being women who generally have no choice but to use feminine hygiene products.

Black women in the US are paid only 63 cents to every $1 paid to white men. When you factor in gender-based pricing discrimination, the numbers get even worse. This injustice is a stain on our democracy. Congress must pass my #PinkTax Repeal Act & fight for #BlackWomensEqualPay!
@RepSpeir, August 7, 2018
The practice of charging more for products that are specifically marketed to women, sometimes called the "pink tax," has long been criticized by consumer activists. But charging different prices to different sexes is not only legal, but also fairly common, according to a recent report by the Government Accountability Office.
Irina Ivanova, CBS News, August 27, 2018

The pink tax is often cited as one form of gender-based economic discrimination, along with the gender pay gap. The term is often found in both gender- and consumer-based reporting. Many people may encounter pink tax in reference to legislation seeking to end such price discrimination. On social media, people post pictures of showing a lower-priced men’s product next to its higher-priced women’s counterpart, calling out the discrepancy with the hashtag #pinktax.

French citizens have have had enough of the "pink tax" http://t.co/57PKJp5hwu pic.twitter.com/f7nz7uwlZD

Today is #MenstrualHygieneDay no one should have to pay a tax on essential products like feminine hygiene products.

We exempt viagra and we exempt warranties on big screen TVs. There are 300 other exemptions and it’s past the time we should kill the pink tax in AZ.

This is not meant to be a formal definition of pink tax like most terms we define on Dictionary.com, but is rather an informal word summary that hopefully touches upon the key aspects of the meaning and usage of pink tax that will help our users expand their word mastery.