What does dream gap mean?

Dream gap describes a phenomenon where young girls, due to social constructions that women are less capable and valuable than men, are held back from living up to their full potential.

Where does dream gap come from? 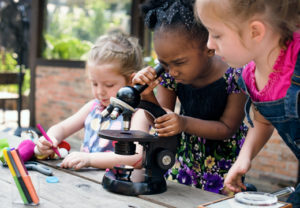 Gender inequality, where men are favored over women in life, work, and culture, is ancient. The phrase dream gap, however, is a more recent formulation of the problem.

In 2012, the United Nations heralded October 11 as The International Day of the Girl in an effort to focus the affects of gender inequality on children—part of a broader interest in the subject.

In that vein, a January 2017 study, “Gender stereotypes about intellectual ability emerge early and influence children’s interests,” found that, by the time children are five, girls begin to see themselves as “less smart” than their male peers. As a result, they separate themselves from games and activities that are meant for the so-called smarter kids.

This can create ripple effects into their lives. For instance, young girls may think that only boys can be scientists, so they don’t pursue dreams of becoming biologists or engineers.

This gap refers to the combination of barriers that deny or impede girls from achieving their dreams and realizing their full potential…Every girl has a dream, but all too often they are held back by harmful gender norms, discrimination and lack of access to rights — including education, health and protection.

Riseboro’s dream gap riffs on other inequality gaps, such as the achievement gap, where poorer or minority students perform less well than their wealthier, whiter counterparts. There are earlier instances of dream gap in the record, but they are idiosyncratic and unrelated to gender inequality.

Mattel, maker of such soys as Barbie, ran with the phrase dream gap in their October 2018 campaign, the Dream Gap Project, a multiyear, global campaign designed to raise awareness about the dream gap and to take steps to close it. Efforts focus on fostering empowering, collaborative, imaginative play.

Mattel's Barbie commits to closing the 'Dream Gap' for young girls
@Jabs289, November, 2018
Barbie is partnering with New York University Associate Professor Andrei Cimpian to fund a two-year post-doctoral fellowship to further study the Dream Gap, which is still an under-researched subject especially in the case of girls from 5 to 7.
Ann-Christine Diaz, AdAge, October, 2018
Through the #GirlsBelongHere initiative, Plan International Canada is working to help bridge the dream gap of what girls are capable of and what they're allowed to be. This initiative is part of a global mass initiative (#GirlsTakeover) marking International Day of the Girl, with more than 500 participants in 60 countries.
Caroline Riseboro, HuffPost, October, 2017
SEE MORE EXAMPLES

The dream gap sees use in popular discussions of how gender inequality affects women starting in their childhood.

"Councils often serve as a stepping stone to state and federal politics, but many of them are shutting women out." @melanietait reports in @GuardianAus – Our Dream Gap survey found girls see barriers to politics https://t.co/gQuKTSt4mm

Thanks to Mattel and the reach of its flagship Barbie toy, dream gap is mostly widely used in the context of its campaign of female youth empowerment.

In an effort to raise awareness around limitations placed on young girls around the world, Mattel is launching the “Dream Gap Project” highlighting 10 powerful female role models a year. https://t.co/FajLJg1yb5

This is not meant to be a formal definition of dream gap like most terms we define on Dictionary.com, but is rather an informal word summary that hopefully touches upon the key aspects of the meaning and usage of dream gap that will help our users expand their word mastery.