Feedback
Previous "Bare" vs. "Bear": What Is The Difference? Next How The Hot Dog Got Its Silly (And Kind of Gross) Name

If you hang out around surfers long enough, chances are you’ll overhear them talking about a gnarly wave or a sick run. But what if they’re chatting about their housekeeping woes, and a gnarly living room or nasty kitchen? (Not cool, dude!) Does that make the words gnarly, sick, and nasty synonyms?

This gets tricky because in addition to having various definitions, each word can be used as slang, and their meanings can all overlap. So although they aren’t always synonyms, the three terms can be interchanged on occasion. Let’s take a closer look.

What does gnarly mean?

Gnarly is an adjective, and when referring to trees, it means “gnarled or covered with gnarls; bent; twisted” or “having a rugged, weather-beaten appearance.” For example: She couldn’t help but laugh when her friend made fun of her gnarly feet before the pedicure.

However, many are familiar with gnarly for its more colloquial meaning: “distasteful; distressing; offensive; gross.” For example: The new boss quickly built up a bad reputation for his gnarly attitude, and nobody wanted to work with him. Or, Although she knew they were calling for snow, she didn’t realize just how gnarly the weather was going to be during the drive home.

When words morph into slang, it’s common for those that are negative to take on a positive meaning: think bad, twisted, wicked, etc. In that same vein, gnarly, nasty, and sick are all three slang terms that can be used to describe something so cool that it’s epic. For example: The biker did some gnarly tricks on that sick mountain biking trail. Cool and excellent are both synonyms for gnarly when used this way.

Gnarly was first recorded in 1820–30 and originates from gnarl and -y. Gnarl is a back formation from gnarled, which was recorded in 1595–1605 as a variant of knurled (a knur is a “a knotty or hard protuberance or growth, as on a tree”). The slang version of gnarly can be traced back to the 1970s, when surfers used it to describe a dangerous wave. By the 1980s, it spread, as teens used gnarly to mean both “excellent” and “disgusting.”

What does nasty mean?

Nasty is something that’s “physically filthy” or “disgustingly unclean.” The adjective can also refer to anything that’s “offensive to taste or smell; nauseating.” For example: After he left his lunchbox in his backpack for a week, what his mom found inside was simply nasty.

In general, nasty can also be defined as something “offensive, objectionable, vicious, spiteful, or ugly.” It can also mean a nasty habit, as well as something hard to deal with or dangerous. And although nasty can also be used to describe an unpleasant person or thing, nasty girl has become slang for an “ill-tempered, sexually adventurous, or self-empowered young woman.”

Nasty is a Middle English word that first originated in 1350–1400. Its exact origin is unknown, though it may be related to the Dutch word nestig (“foul, dirty”). The sexist use of nasty with girl has been around since at least the 1700s, but by the early 2000s, some women reappropriated the insult, positively describing a nasty girl as “excellent” or “very attractive.”

Nasty has a long list of synonyms from awful and dirty to obnoxious and vulgar. However, fierce and excellent can also be synonyms for the slang use of nasty girls.

What does sick mean?

Generally as both an adjective and noun, sick revolves around ailing health. It can be someone who is “afflicted with ill health or disease or is ailing” as well as a person who is “affected with nausea or inclined to vomit.” Sick can also be defined as anyone who is “deeply affected with some unpleasant feeling, as of sorrow, disgust, or boredom.” Lastly, sick can also refer to characteristic of a sick mind or someone who is “mentally, morally, or emotionally deranged, corrupt, or unsound.”

However, the slang meaning of sick is the opposite, and instead is used for something that’s “outstandingly or amazingly good or impressive.” Like gnarly, sick spread as slang for “excellent” in the 1980s.

Sick originated before 900 from the Middle English sik and sek. Some synonyms for sick include ailing, ill, impaired, and nauseated. However, awesome, impressive, and incredible can also be used as synonyms for the slang meaning.

Although each of the three have distinct meanings (gnarly: twisted, weathered; nasty: repulsive, disgusting; and sick: physically or mentally ill), some overlap.

In the case of a bad fall or a cut, either nasty or gnarly can be used to express how terrible it is. But if you’re speaking about the spill in terms of it being so bad that it was impressive, then you can also describe it as a sick injury.

And although gnarly can refer to something pretty terrible, like his gnarly toenails after training for a marathon, it can also have a positive connotation just like sick. So if you’re about to ski down an intense trail that’s so daunting it’s impressive, both sick and gnarly can be used to describe the run.

Nasty typically sticks to all things negative even in the slang sense. Keep in mind that calling a woman nasty is very dependent on the speaker and context. A man dismissing a woman for being assertive as nasty? Sexist. But a young woman self-styling herself as nasty for speaking her mind, knowing the history of how this term has been used to put down a woman? Empowered. In that case, if she’s a nasty girl because she’s fierce, there’s also a good chance she’s pretty sick (in the best possible way).

So, that means gnarly, nasty, and sick, as slangs terms, are all roughly synonyms for … excellent! There you have it.

We also have a sick list of synonyms for some of your favorite slang terms. Check it out! 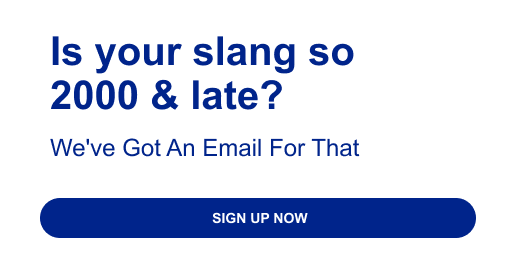 Previous "Bare" vs. "Bear": What Is The Difference? Next How The Hot Dog Got Its Silly (And Kind of Gross) Name
RELATED POSTS