What is Constitution Day?

Constitution Day is typically observed with educational activities pertaining to the Constitution and the rights that it protects. It is a relatively recent holiday and is not well-known or widely observed compared to other patriotic holidays in the US, such as Independence Day.

A holiday known as Citizenship Day is held on the same day, and observance of the two holidays is often combined as an opportunity to learn more about the US, its laws, and its people.

Constitution Day is observed each year on September 17, the anniversary of the day that the US Constitution was adopted in 1787.

Where does Constitution Day come from? 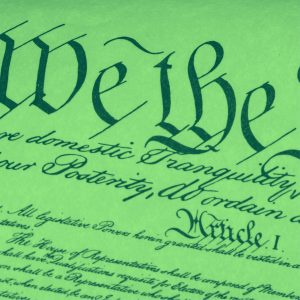 Constitution Day was first observed in 2005. Adoption of the holiday was a result of a campaign started in the 1990s by Louise Leigh, who founded an organization to promote the day. The day was officially adopted in 2004.

September 17 has been observed in the US as Citizenship Day since much earlier. A day to celebrate US citizenship was suggested by influential newspaper publisher William Randolph Hearst in 1939. In 1940, a resolution was passed declaring the third Sunday in May as I Am an American Day, a day initially dedicated primarily to those who had recently become US citizens.

In 1952, Olga T. Weber petitioned the leaders of her hometown of Louisville, Ohio, to change the date of I Am an American Day to coincide with the date of the signing of the US Constitution. Her request was granted, and she went on to successfully request the same change statewide and then nationwide. In 1953, the day was officially moved to September 17 and renamed Citizenship Day on a national level.

CSD's Assistant Superintendent Dr. Bob Dowdle is updating the Board on plans for observing Constitution Day and Constitution Week. Activities and resources have been created to help students gain a deeper appreciation and understanding of our nation's founding document.
@canyonsdistrict, August 17, 2021
Start planning early for Constitution Day by checking out the great resources on the National Constitution Centers website. They have something for everyone.
@AnneOrenick, August 17, 2021
Fordham Conversations Host John Rogan is joined by John D. Feerick, the Norris Professor of Law at Fordham University School of Law and dean emeritus to discuss Constitution Day, which is September 17—the date in 1787 when the delegates to the Constitutional Convention signed off on the Constitution.
Robin Shannon, WFUV, September 15, 2020
SEE MORE EXAMPLES

What are other words used in discussion of Constitution Day?

This is not meant to be a formal definition of Constitution Day like most terms we define on Dictionary.com, but is rather an informal word summary that hopefully touches upon the key aspects of the meaning and usage of Constitution Day that will help our users expand their word mastery.