What is Patriot Day?

Patriot Day is a US holiday in commemoration and remembrance of the terrorist attacks of September 11, 2001 (9/11).

The day involves remembering and honoring those who died on that day and during the aftermath, including at the site of the World Trade Center’s Twin Towers in New York City, at the Pentagon, and in Pennsylvania.

Activities often include memorial services and other somber events. A minute of silence is sometimes observed at 8:46 a.m. to commemorate the moment of the attack, and the American flag is often flown at half-mast in a gesture of national mourning.

Patriot Day should not be confused with Patriots’ Day, a different holiday observed in Massachusetts and Maine in commemoration of the Battle of Lexington and Concord, which began the American Revolution.

Patriot Day is observed every year on September 11.

Where does Patriot Day come from? 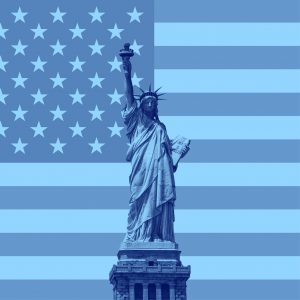 The period following the attacks of September 11 was marked by increased displays of patriotism in the US. The antiterrorism bill passed in October 2001 was named the PATRIOT Act. Congress declared September 11 Patriot Day in December of 2001. In 2009, it was officially named a National Day of Service and Remembrance to encourage community service.

A Patriot Day Memorial Service will be held @RockHillSCCity Hall to commemorate the 20th anniversary of the tragic events of September 11, 2001.
@RockHillUSA, August 19, 2021
One school at a time, we can help educate the next generation of 70M+ Americans about Patriot Day & the events and lessons of Sept. 11, 2001. Raise the 9/11 Freedom Flag (below the US flag), recite its 10 elements, and fly through the month of Sept. #thefreedomflag #neverforget
@thefreedomflag, August 13, 2021
In honor of the 20th anniversary of 9/11, the Louisiana Military Museum will host its 1st Annual Patriot Day Banquet on Saturday, September 11 from 5-8pm. This elegant evening will include a special 9/11 tribute, a catered dinner served by our “celebrity” board members, and an hour-long patriotic musical performance by the National World War II Museum’s Victory Belles. A live and silent auction will help raise funds to unveil a brand-new exhibit that supports the museum’s mission “to honor our veterans and remember their stories.” This permanent exhibit will highlight Louisiana’s military contributions and feature relevant artifacts, c. 1700-present.
Sharlee Jacobs, KADN, August 19, 2021
SEE MORE EXAMPLES

What are other words used in discussion of Patriot Day?

This is not meant to be a formal definition of Patriot Day like most terms we define on Dictionary.com, but is rather an informal word summary that hopefully touches upon the key aspects of the meaning and usage of Patriot Day that will help our users expand their word mastery.