What is Pi Day?

Pi Day is a day devoted to celebrating pi, the irrational number (approximately 3.14) that results from dividing the length of the circumference of a circle by the length of its diameter.

Pi Day is a lighthearted celebration that’s just a bit of geeky fun. It’s based on the date of the day. Speaking of which …

Pi Day is always observed on March 14. This date came to be called Pi Day because when it is written in the month/day format—as 3/14 or 3.14—it’s the same as the first three digits of pi.

Where does Pi Day come from? 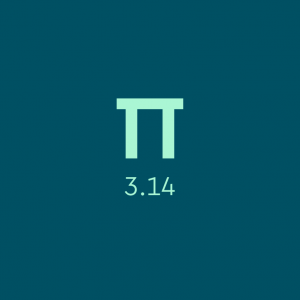 The origin of Pi Day is often traced to a tradition first observed on March 14, 1988, at the Exploratorium, a science and art museum in San Francisco. The first observances of the day involved a lot of the same things that are now associated with Pi Day, including silly activities related to circles, the many digits of pi, and eating pie (which sounds the same as pi and—bonus!—is usually circular). Popularity and awareness of the day has grown since then.

Pi is a mathematical constant (represented by the symbol π). When a circle’s circumference (the length of its outer boundary) is divided by its diameter (the length from one side of the circle to the other), the answer—regardless of the specific measurements—is always approximately 3.14. We say approximately because the actual number goes on literally forever (which is why it’s called an irrational number). For this reason, 3.14 is often used as a simple approximation of pi. Pi is fundamental to many concepts and calculations in math and many of its branches, as well as in many scientific contexts.

i feel a pit of dread when i think about how im working on pi day at a pie shop- its gonna be so packed mannnnn
@_wowitsart_, February 26, 2021
I HAVE VERY EXCITING PLANS FOR PI DAY BUT IT IS A SECRET FOR NOW
@arielleishere, February 25, 2021
The day looks like 3.14 for those that write dates in the month then day format, but that is rarely used outside of the Americas.
Andrew Griffin, The Independent, March 14, 2019
SEE MORE EXAMPLES

What are other words used in discussion of Pi Day?

This is not meant to be a formal definition of Pi Day like most terms we define on Dictionary.com, but is rather an informal word summary that hopefully touches upon the key aspects of the meaning and usage of Pi Day that will help our users expand their word mastery.