Pongal is a harvest and thanksgiving festival primarily celebrated in Southern India among Tamil communities. It marks the transition to springtime after the winter solstice.

Observance of the festival centers around a traditional dish also known as pongal, which is made with (newly harvested) rice that’s boiled with milk and a kind of sugar called jaggery.

Pongal is sometimes called Thai Pongal, though that is also used to refer to one of the days of the festival. (The word Thai in Thai Pongal is the name of the Tamil calendar month in which Pongal takes place. It’s also spelled Tai.)

A similar festival called Lohri is celebrated in Northern India.

Other festivals that take place in India at the same time and also celebrate the harvest and the transition to springtime are called Makar Sankranti or Uttarayan (though these are often considered separate observances).

Pongal is a thanksgiving festival, involving offerings to the rain god Indra, to the sun, and to cattle.

Pongal begins in mid-January. In 2022, it will begin on January 14. The length of the festival varies by community, but it’s often three or four days.

Where does Pongal come from? 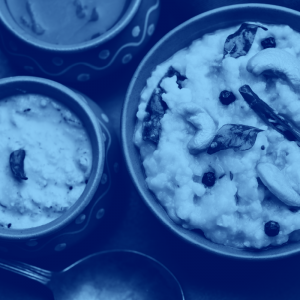 The festival gets its name from the rice dish pongal, which means “boiling over” or overflowing.” This is a reference to how the dish is prepared by boiling rice in milk until it overflows—a symbol of the abundance of the harvest and the prosperity of the coming year.

#Valimai to release in #January 2022 during the festival of #Pongal. Earlier, the film was scheduled for #Diwali release, but it couldn't be possible due to the pandemic. There is going to be a huge clash at the #BoxOffice given many films are scheduled for the same time.
@jyothi_jha, September 22, 2021
Happy Winter Solstice! It’s a winter festival in the Northern Hemisphere. Pretty much all the cultures have the winter festivals : Makar Sankranthi, Pongal, Jul, Yule, Christmas, Hanukkah etc.
@LHReddy1, December 21, 2021
One of the most popular festivals of the country is Pongal, which is celebrated by the Tamil community around the world.
Davesh Tamta, Janbharat Times, December 22, 2021
SEE MORE EXAMPLES

Each day of Pongal has a different name and has different customs associated with it. The first day is called Bhogi and is dedicated to the god Indra. On this day, people throw away what they don’t need. The second day is called Thai Pongal, and this coincides with Makar Sankrati. On this day, people wear new clothes and decorate their houses with a kolam, a colorful artwork made from rice flour. The rice dish pongal is made on this day and offered to the Sun in thanks for the harvest. The third day is Mattu Pongal, on which cows and bulls are honored by being fed pongal and covered with flower garlands. The final day is Kanum Pongal and is spent relaxing and visiting family and friends. For some, the festival begins on Thai Pongal. For some, it ends on Mattu Pongal.

What are other words used in discussion of Pongal?

This is not meant to be a formal definition of Pongal like most terms we define on Dictionary.com, but is rather an informal word summary that hopefully touches upon the key aspects of the meaning and usage of Pongal that will help our users expand their word mastery.