Uttarayan is a Hindu festival in celebration of the winter solstice and the transition to springtime, as well as the harvest.

The name Uttarayan often refers to the period between the winter solstice and the summer solstice, but sometimes the name is used to refer to a celebration lasting a few days.

In some places, Uttarayan is celebrated with kite flying, and the name Uttarayan is sometimes used as the name of a kite festival, notably in the Indian state of Gujarat. Uttarayan is sometimes called Makar Sankranti. Similar festivals that take place at the same time are known as Pongal and Lohri, though these may be considered entirely separate observances (even though they also celebrate the harvest and the transition to springtime).

Traditions associated with Uttarayan vary from place to place and include charitable giving and ritual bathing in sacred rivers.

Those who celebrate Uttarayan differ about the date on which its observance should begin. Many people observe its start on the fixed date of January 14. However, some people instead use the date of the winter solstice as the start of Uttarayan.

Uttarayan often refers to the entire period between the winter solstice and the summer solstice, but the name is also sometimes used to refer to a celebration lasting a few days.

Where does Uttarayan come from? 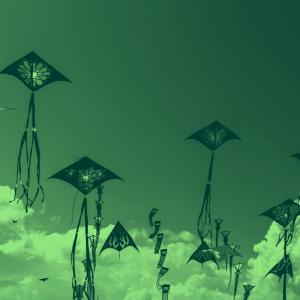 The name Uttarayan is formed from two Sanskrit words that together mean “northward movement”—a reference to how the sun appears to move in a northerly direction from Capricorn in the zodiac after the winter solstice.

The festival is believed to have derived from ancient Hindu traditions involving the solstice, the zodiac, and the harvest.

Kids already practicing kite flying. uttarayan excitement already setting in
@imkosha, December 20, 2021
Today on the auspicious occasion of Dhanu Sankranti, the 'Pahili Bhoga' ritual begins and will continue till the occasion of Makar Sankranti or the Uttarayan Sankranti.
@JagannathaDhaam, December 16, 2021
Uttarayan is the auspicious six-month period between Makar Sankranti and Karka Sankranti. On Makar Sankranti, the Sun makes its northward journey and moves into Makara constellation and on Karaka Sankranti, the reverse happens when the Sun moves southwards and the Dakshinayan period starts.
Debjani Chatterjee, NDTV, January 14, 2021
SEE MORE EXAMPLES

What are other words used in discussion of Uttarayan?

This is not meant to be a formal definition of Uttarayan like most terms we define on Dictionary.com, but is rather an informal word summary that hopefully touches upon the key aspects of the meaning and usage of Uttarayan that will help our users expand their word mastery.