What is Pride Month?

Pride Month is a month-long observance in celebration of lesbian, gay, bisexual, transgender, and queer people—and the history, culture, and contributions of these people and their communities.

It is not limited to people with these sexualities or gender identities. Pride Month also celebrates and is celebrated by those with a range of other identities considered outside of the cishet mainstream, including people who are intersex, nonbinary, asexual, pansexual, aromantic, two-spirit, or who identify in other ways or are questioning their sexual or gender identity or expression.

Different abbreviations often precede the name of the month, including LGBT, LGBTQ, and LGBTQ+, among others that are intended to be as inclusive as possible.

Pride Month is commonly called Pride for short, as in I can’t wait for Pride! The word Pride (note the capitalized P) is also used as a noun to collectively refer to events during this month or as an adjective in terms like Pride parade.

Pride Month is commonly celebrated with parades and other large, celebratory gatherings devoted to individual displays of pride and expression, including displays of the rainbow Pride flag and other flags representing people with different identities.

Such events also often serve as protests against the discrimination and marginalization targeted against people who identify in these ways. Pride Month traces its roots to such protests and specifically commemorates the event known as the Stonewall Riots or the Stonewall Uprising, which is often considered the start of the movement for gay, queer, and transgender rights.

When is Pride Month?

Where does Pride Month come from? 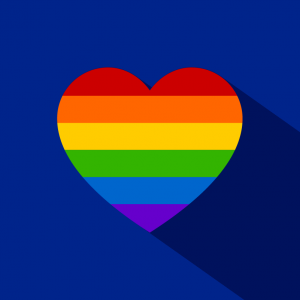 The observance of Pride Month (and earlier events like Gay Pride Day) traces back to a parade held in New York City in 1970 to mark the one-year anniversary of what became known as the Stonewall Uprising. This event, sometimes referred to simply as Stonewall, started on June 28, 1969, at the Stonewall Inn, a New York City bar frequented by gay and gender-nonconforming people (at a time when terms like LGBTQ didn’t yet exist).

It began with a police raid on the bar—which at the time was a common occurrence supported by discriminatory laws. Police arrested several people, including gay people, drag queens, and transgender activists Marsha Johnson and Sylvia Rivera. Many of them resisted, sparking protests that lasted for the next several days, during which there were many incidents of police violence against the protesters. Though such resistance had occurred before, the Stonewall protests are widely thought to have increased the momentum of the movement for equal rights for members of LGBTQ communities.

Today, many Pride Month events are a combination of celebration and activism during which people show pride in identities that have made them and continue to make them the target of marginalization and oppression, including through discriminatory laws.

A common question among cishet people is whether they should attend Pride Month events. Opinions vary, but cishet people are often welcomed to attend Pride events in a way that’s supportive and recognizes the history and ongoing struggle of LGBTQ communities and the individuals in them. This includes celebrating and supporting the people with these identities and acting as their allies not just during Pride Month but all the time. Of course, it is also the case that many cishet people are in relationships with or are the family members of the people that Pride Month celebrates and naturally attend with them. A cishet man might attend Pride with his bisexual wife, or a cishet woman may take her nonbinary kid to a Pride event, for example.

Just had an interview for 'Breakfast on BBC Radio Berkshire' with @BridgitteTT for LGBT+ pride month. It's amazing to think I have a voice for LGBT+ when not so long ago, I was afraid to come out.
@Avamo_music, February 11, 2021
As we kick off Pride Month, an annual reminder that Stonewall was an uprising led by queer people of color against police violence
@leesean, June 1, 2020
Take, for example, Adidas, which has a special section of its site called the “pride pack” selling rainbow merchandise to honor Pride Month. But it’s also one of the major sponsors for this year’s World Cup, which takes place in Russia, a country with anti-LGBTQ laws that make it unsafe for fans and athletes. That contradiction throws into sharp relief the emptiness that can lie at the center of corporate gestures of “support” for the LGBTQ community.
Alex Abad-Santos, Vox, June 25, 2018
SEE MORE EXAMPLES

What are other words used in discussion of Pride Month?

For other terms, see our Gender and Sexuality Dictionary.

This is not meant to be a formal definition of Pride Month like most terms we define on Dictionary.com, but is rather an informal word summary that hopefully touches upon the key aspects of the meaning and usage of Pride Month that will help our users expand their word mastery.