What is Opening Day?

Opening Day is the first day of the Major League Baseball (MLB) season—the day on which most or all teams in the league play their first game.

The name is also used for the first day of the baseball season in other leagues, including minor leagues, professional leagues in other countries, college leagues, and youth leagues.

The term can also refer to the day on which a particular team starts its season, as in It’s Opening Day for the Phillies, who will host the Braves. This sense of the term is sometimes uncapitalized.

Opening Day is part of US baseball tradition and culture, with many baseball fans associating it with the start of spring and treating it as an unofficial holiday.

Similar terms include Opening Series and Opening Night. A team’s first home game is called their home opener (though this term is commonly used in other sports).

Where does Opening Day come from? 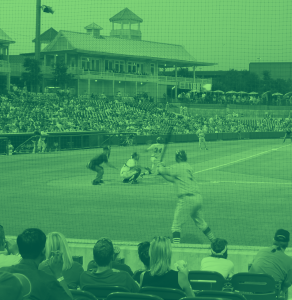 The first Opening Day of what would become Major League Baseball is often cited as having been held on April 22, 1876, featuring a game between the Philadelphia Athletics and the Boston Red Caps. As the league expanded, more and more teams began to take part in Opening Day, with most or all major league teams eventually playing on Opening Day.

Came up short but still proud of this team. Thanks to the fans for supporting us from first pitch on opening day to the final out last night
@JLester34, October 20, 2017
Why did I wake up before my alarm? Oh yeah..it's opening day!! #GoBraves
@FreddieFreeman5, March 31, 2014
After breaking the record for most league-wide homers in a season in 2017, the 2018 Major League Baseball season stayed on brand with a smashing Opening Day.
Jesse Yomtov, USA Today, March 30, 2018
SEE MORE EXAMPLES

What are other words used in discussion of Opening Day?

This is not meant to be a formal definition of Opening Day like most terms we define on Dictionary.com, but is rather an informal word summary that hopefully touches upon the key aspects of the meaning and usage of Opening Day that will help our users expand their word mastery.