Feedback
Previous These Uncommon Singular Words Sound So Wrong Next Paradox vs. Oxymoron: What's The Difference?

If you spread a nasty rumor about your boss, are you engaging in slander? Can a politician sue a newspaper for libel if an article calls her a liar? What do these two words mean, and are they interchangeable? Since both are types of defamation or “the act of making negative statements that hurt another person’s reputation,” and also illegal, you’ll want to make sure you know the difference.

Those who make defamatory statements may find themselves in a state criminal or civil court. In the United States, defamation suits are limited by First Amendment protections of free speech, but it’s still best to be careful.

First of all, what is a defamatory statement?

A defamatory statement is something factually incorrect being presented as the truth. A statement becomes defamatory when it’s distributed to another party, whether through mass publishing or one-on-one interaction. Hurtful statements in materials intended for private use (like personal diaries) aren’t defamatory because the ideas aren’t being communicated to another person. So saying a coworker is tough to work with is not defamatory—it’s your opinion. Saying they are habitually late (when they are not) would be considered defamatory.

Defamatory is first recorded in English around 1275–1325 and is ultimately derived from the Latin word diffāmāre (“to spread the news of”).

Libel is written, published, or broadcast defamation. Defamatory statements made in newspapers, magazines, and blogs are considered libel. So are defamatory things said on TV or radio shows. Libel laws apply to both small- and large-scale publications. A small blog is held just as accountable for libel as a major city newspaper.

For example, in 1964, the New York Times published an ad that described police response in Montgomery, Ala., as a “wave of terror” directed at civil rights demonstrators and included several factual errors. Montgomery police commissioner L.B. Sullivan sued for libel, but the Supreme Court ruled that the newspaper did not intend “actual malice” and was protected under the First Amendment. This landmark libel case is known as New York Times Co. v. Sullivan.

Libel, which is attested by 1250–1300, is derived from the Latin word libellus, which is the diminutive of liber (“book”).

Slander describes defamatory statements in the form of spoken words. The term applies to in-person interactions, like standing inside a restaurant and shouting false accusations about its sanitary conditions. Slander is harder to prove. Most courts only consider something slander if it causes actual, proven damage to the third party. The restaurant scenario might not be considered slander if the diners keep eating and the restaurant doesn’t lose any money. In general, it’s easier to prove libel than slander, as the act of publication itself is considered injury to the other person.

Slander dates back to and stems from the Middle English word sclaundren (“to cause to lapse morally, bring to disgrace, discredit, defame”).

But what about a negative opinion?

Libelous or slanderous statements are specific. They identify an individual or group. Remember, defamation damages another party’s reputation. If a statement doesn’t indicate a specific target, no one’s reputation can suffer. Directly naming someone isn’t required for identification, however. For example, malicious statements about the biggest landowner in town can be defamatory without identifying the person by name.

Truth is an absolute defense against defamation. A statement can’t be defamatory if it’s true. Just know that isn’t a license to spread around people’s embarrassing personal information. Some information may be protected by privacy laws (which restrict the public disclosure of private facts). Additionally, a celebrity, politician, or public figure is much less likely to win a defamation case because the standards for proving malicious intent against them are much more difficult. Public officials and people in positions of power are required by law to prove “actual malice” and that the accused acted in “reckless disregard of the truth” in defamation cases, which is quite hard to do.

Is libel or slander illegal? What are the penalties?

Both libel and slander are part of defamation law, which is typically handled in state courts; a law firm seeking to file a defamation case against someone for making false statements who has ignored their demand letter will most likely need to do so in a state court. Slander and libel laws are addressed on a state-by-state basis. Most states define defamation as a civil wrong. In civil suits, the defendant pays monetary damages to the plaintiff if they’re found guilty. Some states (including New Hampshire and Mississippi) have statutes for criminal defamation. That means being convicted of defamation in these states could mean jail time.

Seriously, just don’t do it. Keep those nasty rumors to yourself!

Instead of using words to put someone down, how about finding new and refreshing ways to say something nice! 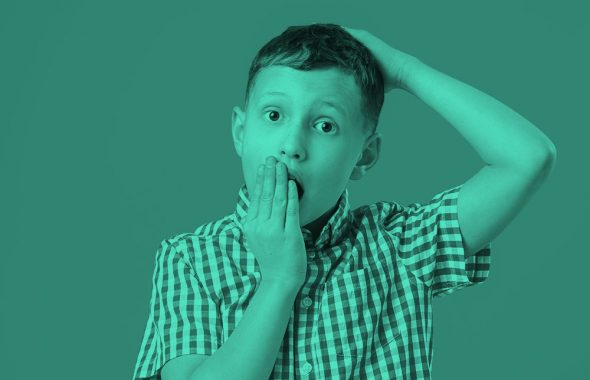 Home / Word Facts / Mixed-up Meanings / “Slander” vs. “Libel” – What Is The Key Difference?