Feedback
Previous The Words That Make Us Tick: What Users Are Looking Up On Dictionary.com Every Day Next When To Use Motherland vs. Fatherland

On Independence Day (July 4th), we ooh and ahh at the fireworks bursting in air, but did you know that the different types of fireworks effects have their own names?

The peony is one of the most common kinds of aerial pyrotechnic effects. It is named for a variety of plants with large, showy flowers. 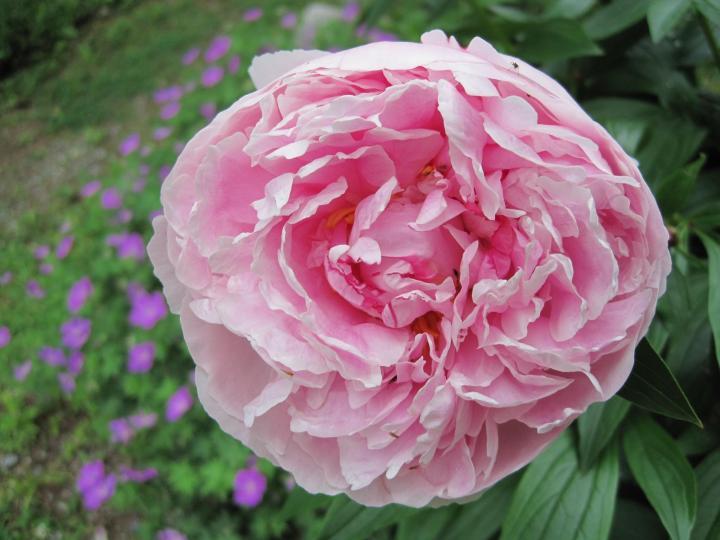 This firework display has a flower-like explosion (hence peony) that quickly turns into a swelling circle of color without any trailing—like a bright, explosive bouquet.

The dahlia is a variation on the peony, also taking its name from a flower, the dahlia, which is also beloved for its showy, variously colored flower heads. The dahlia firework explodes into larger stars that radiate out more than those of the peony.

Take the peony and add a trailing effect to the stars, and you get the chrysanthemum firework. Yes, all the firework effects so far take their names from flowers, some of which have rich backstories themselves.

Ultimately from Greek, the word peony is related to paean, “a song of praise, joy, or triumph.” The dahlia was named for Swedish botanist Anders Dahl. Chrysanthemum comes from Greek roots meaning “golden flower.”

What is the diadem effect firework?

The diadem effect is a stunning variation on peonies and chrysanthemums. This firework contains a center of stars that briefly remains still, creating a freeze frame of celestial wonder.

Breaking from our botanical theme, diadem means “royal crown,” as many fans of Harry Potter know. (Ravenclaw represent.) The word also makes for an elegant verb, meaning “to adorn as with a crown,” e.g., On July 4th, Americans diademed the sky with patriotic displays. 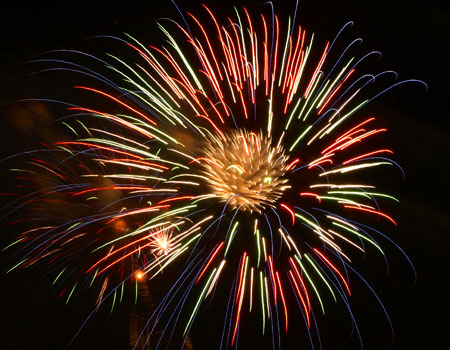 What is the kamuro firework?

Kamuro is a Japanese word for a style of children’s haircut featuring short, untied hair. As a fireworks display, the kamuro creates a tight cluster of silver or gold stars, with attendant glittery, cloudy trails. Can you see how it might resemble an adorably shaggy hairdo?

What is the crossette firework?

And for our grand finale: a crossette is an aerial effect that spits stars outward. These stars travel a short distance before breaking into smaller stars and crisscrossing each other in a gridlike pattern, which resemble little crosses. Crossette is a diminutive form of the French crosse (“crutch, crook, staff”).

There are many more types of aerial effects with vivid names, not to mention the names of ground fireworks: poppers, snaps, parachutes, spinners, fountains, Roman candles, snakes, and strobes. Plus, pyrotechnicians have a long list of jargon-y vocabulary, such as hangfire: “a delay in the detonation of gunpowder or other ammunition, caused by some defect in the fuze.” But if you get started with this list, you’ll sound like an expert for sure.

While you wait wistfully for the fireworks to begin, take a moment to learn the forgotten verses of the “Star Spangled Banner”!

Previous The Words That Make Us Tick: What Users Are Looking Up On Dictionary.com Every Day Next When To Use Motherland vs. Fatherland
RELATED POSTS