What does first pitch mean?

The first pitch is a tradition in baseball in which a notable figure—such as a politician or celebrity—throws a ceremonial pitch to signal the start of a game or of the season. To do this is to throw the first pitch or to throw out the first pitch.

The first pitch is entirely ceremonial—it is not part of the actual game.

First pitches are especially associated with the traditions of Opening Day—a name for the first day of a baseball season, especially the Major League Baseball (MLB) season.

US presidents are known for throwing the first pitch on Opening Day or during the World Series.

Example: It’s obvious that many celebrities who throw the first pitch have never thrown a baseball, but she threw a perfect strike!

Where does first pitch come from? 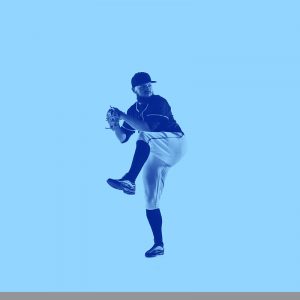 In baseball, a pitch is the throw delivered to the batter by the pitcher. Of course, every game has a first pitch as part of the actual game, but the phrase first pitch is used to refer to the ceremonial first throwing of a baseball as a way to inaugurate and add some extra ceremony to the beginning of a season or a game.

It’s uncertain when the tradition of the first pitch began, but newspapers have taken note of American politicians throwing a celebratory first pitch as early as the 1890s. On April 16, 1892, Governor William McKinley (who would later become US president) threw the baseball onto the field before the start of a game in Columbus, Ohio.

The tradition of the current US president throwing the first pitch as part of the Opening Day ceremonies was started by President William Taft, who threw the ball from the stands on April 14, 1910. Since Taft’s impromptu throw, nearly every US President has thrown a first pitch at least once. The first president to actually throw the first pitch from the pitcher’s mound was Ronald Reagan, in 1988. However, 80 years earlier, during an exhibition game in Japan, former Japanese prime minister Okuma Shigenobu threw the first pitch to a batter, who politely swung and missed on purpose—a tradition that continues with first pitches in Japan.

In the US, the president traditionally throws out the first pitch as part of the Opening Day ceremonies, during the World Series, or during the MLB All-Star Game. During other times, the first pitch is often performed by a celebrity or a notable local figure. Because throwing a baseball in a straight line for a long distance is not that easy—especially for non-players—the first pitch is often a wild or just plain bad throw that can end up being the subject of a viral video clip. At the same time, videos of first pitches sometimes get shared because they’re surprisingly good.

Opening night 1991, President Bush 41 threw out the first pitch and asked to use my glove. What an honor it was.
?@Rafael_Palmeiro, December 5, 2018
President Joe Biden is not scheduled to toss out the Opening Day first pitch on Thursday for the Washington Nationals, White House press secretary Jen Psaki said on Tuesday.
Maegan Vazquez, CNN, March 30, 2021

#OTD 2009 @BarackObama threw out the first pitch at the All Star Game. #obama #allstar #sports pic.twitter.com/ai0oKPJ0w0

This is not meant to be a formal definition of first pitch like most terms we define on Dictionary.com, but is rather an informal word summary that hopefully touches upon the key aspects of the meaning and usage of first pitch that will help our users expand their word mastery.