What does finger guns mean?

Finger guns are a hand gesture made by pointing the index finger and cocking the thumb in a way that imitates a handgun. They can be used as a greeting or to acknowledge something as funny, clever, or insightful in some way—especially when you’ve said it yourself.

Often seen as corny in a charming way, finger guns can be done with one hand or, for greater effect, both.

Where does finger guns come from? 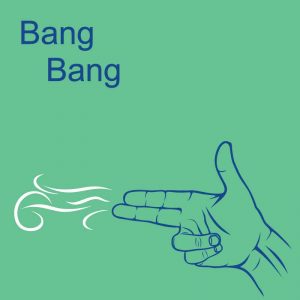 It’s hard to say when the gesture of finger guns exactly emerges, but they broke into popular culture by the 1970s when Texas Tech fans used them to counter the horn salute of their rivals, the University of Texas at Austin.  Tech fans call them the “Guns Up” symbol, like a cowboy firing into the sky.

Using finger guns as a greeting—a kind of dude-ly “I’m a cool guy” move—was popularized in 1977 with Ted Lance’s iconic salute in the opening titles for TV drama The Love Boat.

In the 1980–90s, Bob Saget made finger guns family-friendly on the sitcom Full House.

By the 1990s, the actual name finger guns was widespread for the hand gesture, but tragedy helped it spread even further. After the 1999 mass shooting at Columbine High School, news coverage showed that the perpetrators pointed a version of finger guns at the camera in a class photo taken just two weeks before the attack. Following the massacre, many schools adopted zero-tolerance policies regarding threats of violence, including finger guns, and the news was full of stories about students being suspended for the gesture.

Despite being suspension-worthy in schools, finger guns have enjoyed frequent use in TV, movies, memes, and other forms of popular culture. Toby Maguire’s awkward finger guns dance from 2007’s Spider-Man 3 became so notorious that it was included in the 2018 video game based on the franchise.

Steve Carell’s 2009 finger guns from The Office have become a staple GIF.

In 2014, the sitcom New Girl featured finger guns as the worst possible response to someone saying “I love you” for the first time.

In 2017, the video game phenomenon Fortnite debuted a finger guns “dance emote,” one of the most popular items in the Fortnite item shop. Dance emotes are little gestures you can equip your character with to express yourself in the game.

WHY is my body’s natural reaction to awkward moments ~finger guns~
@MeganBoline, September 2018
A Rochester man is facing several charges, after police say he used finger guns to threaten employees at a Salvation Army.
WGME, March 2018
Spider-Man has a button that lets you say hi to pedestrians and I'm not going to stop until I've given everyone in New York City the finger guns
@TristanACooper, September 2018
SEE MORE EXAMPLES

Finger guns can be used for emphasis after making a funny or witty statement or to show appreciation for or agreement with it. Some people add a “ch-ch” or “bang-bang” sound effect while using them. 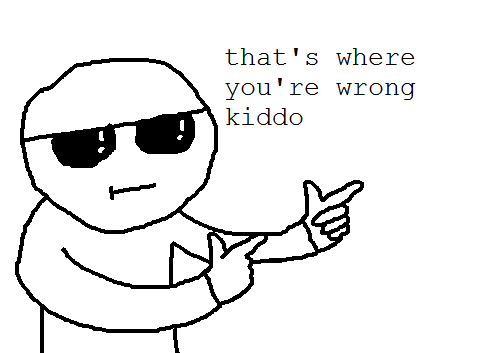 Finger guns can also be used as a celebratory gesture. Basketball Joakim Noah of the Chicago Bulls, for example, is famous for his finger guns celebrations, which features holstering flourishes.

Use finger guns appropriately and cautiously. Texas Tech fans draw finger guns to greet each other, but that didn’t go well for student Diana Durkin in 2018. She was questioned by the Transportation Security Administration (TSA) after making the gesture in an airport. School suspensions and arrests of adults for making finger guns at police continue to happen throughout the US due to its culture of mass shootings.

If you are one of the very few people hip enough to pull off finger guns without looking like a total dweeb, remember another classic from Spider-Man: With great power comes great responsibility. Avoid using finger guns anywhere they could be interpreted as a threat.

This is not meant to be a formal definition of finger guns like most terms we define on Dictionary.com, but is rather an informal word summary that hopefully touches upon the key aspects of the meaning and usage of finger guns that will help our users expand their word mastery.