Everything After Z by Dictionary.com
Previous Word: Idol Challenge
Next Word: impostor syndrome

"IKEA effect" we value things we invest time & energy in. Well, yeah. Knew that when I had to pay for my own college education. #TransformRM
@ChinaGorman, November, 2016
IKEA effect: when someone is invested in creating something, they value it more. Which is why research is fun--we try to resteer #uxstrat
@mikeoren, September, 2016
I think academia might have an ikea effect problem. #ARM15
@bradwrightphd, June, 2015

Where does IKEA Effect come from?

IKEA is a Swedish furniture store with branches all around the world. It’s best known for its do it yourself (DIY) approach to home goods, with much of its furniture sold in pieces for buyers to put together at home. 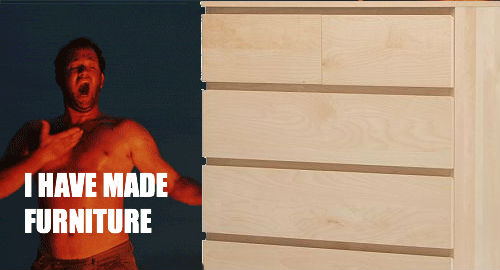 Harvard researchers coined the phrase IKEA Effect in 2012 to explain why adults who successfully complete a task—such as constructing furniture out of those IKEA pieces—value the end product of that task more than they do equivalent products that they did not create themselves. The first study on the psychological concept was published in the Journal of Consumer Psychology. Since then, other studies have expanded on the IKEA Effect’s applicability in modern life. It’s been posited that the IKEA Effect can be used to encourage people to work harder if they’re actually given credit for their work.

Although it’s named for the store, the IKEA Effect is neither linked to the furniture maker nor have scientific studies into the phenomena been funded by IKEA. 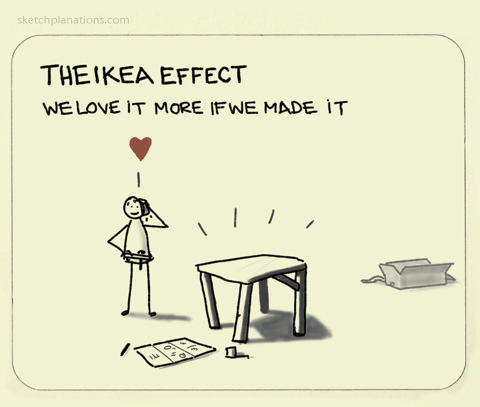 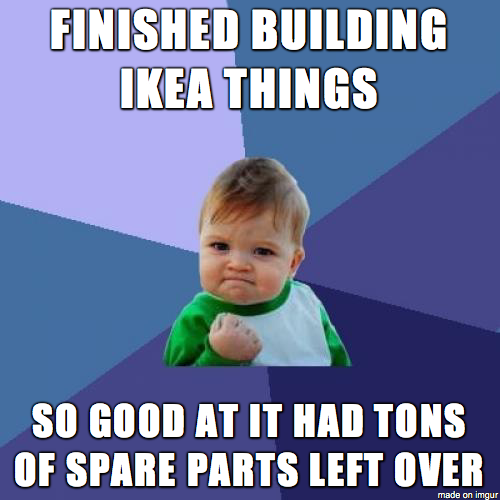