What does National Mimosa Day mean?

National Mimosa Day is an unofficial holiday observed on May 16. It celebrates brunch’s favorite adult beverage: the mimosa, a drink typically made from orange juice and champagne. Cheers! 🥂

Where does National Mimosa Day come from? 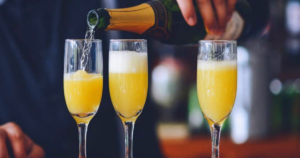 Mimosa is a kind of plant that can have lovely yellow flowers, such as the silver wattle. The color of a mimosa drink, usually made with equal parts orange juice and champagne (or other sparkling wines), is said to resemble the plant’s color, hence the name. 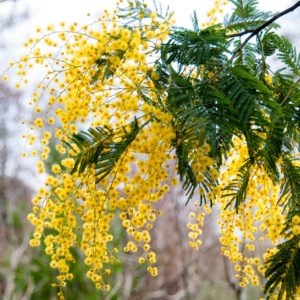 The term mimosa is recorded in 1936 in The Artistry of Mixing Drinks by Frank Meier, a bartender sometimes credited with first concocting and naming the drink, which is actually a take on a Buck’s Fizz and historically called an orange champagne, in Paris since the 1920s. Legendary director Alfred Hitchcock is also said to have popularized the drink as a brunch beverage when he served it to guests at a luncheon as a hair of the dog.

It’s not to be confused with the Croatian Mimosa Day, an annual event held since 2007 to raise awareness about cervical cancer and the importance of getting regular PAP smears; it uses a mimosa plant as a symbol.

Mimosa on National Mimosa Day… How about an orange wedge on a handcrafted cocktail instead? It is #Friday after all.

Apparently my birthday is national mimosa day and I am not mad about it
@SueChainzz, May, 2018
Though you might think of mimosas as a strictly weekend brunch cocktail, we have the perfect excuse to make #MimosaMonday a real thing: This year, National Mimosa Day falls on a Monday. We'll take that as an excuse to cheers!
Lauren Mazzo, Shape, May, 2016 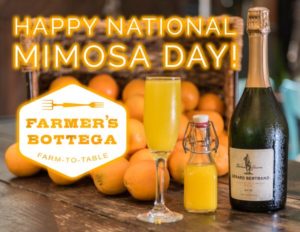 National Mimosa Day is largely used, of course, on May 16, especially as the hashtag “#NationalMimosaDay.” It’s often referenced as an excuse to enjoy a mimosa (or day-drink more generally).

Companies, restaurants, and bars may take advantage of the day for marketing.