What does National Eggnog Day mean?

National Eggnog Day, celebrated on December 24 (Christmas Eve), is an unofficial holiday where participants drink, you guessed it, that rich, holiday elixir, eggnog.

Where does National Eggnog Day come from? 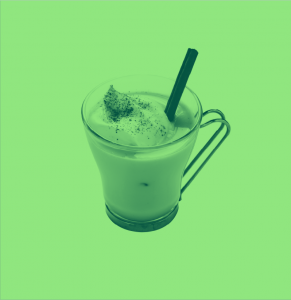 Eggnog has more history than you might think. The frothy, milky drink has been popular in the US since at least the 1700s. It was originally used as a kind of medicine for a range of ailments.

To make eggnog, you’ll need eggs, sugar, milk, heavy cream, and, for adult versions, some wine or liquor like brandy, bourbon, or rum. Now we’re talking. If going the pre-made route, eggnog is usually only available during the colder months of the year.

The National Day Calendar, a website that keeps track of many other such unofficial holidays, can’t pinpoint the exact origin of National Eggnog Day. They did, however, register the holiday in 2007. Given the important role of this thick drink during the holiday season, people have been unintentionally celebrating it for years. But the beverage—like another seasonal item, candy corn—is divisive, so those without a taste for it most certainly haven’t.

National Eggnog Day is upon us and I’ve never been as excited to drink raw eggs as I am right now.
@professorkiosk, December 24, 2017
Sure, December 24th is traditionally Christmas Eve, but did you know it’s also National Egg Nog Day? The cocktail favorite—traditionally a blend of milk, cream, sugar, beaten eggs, spices and sometimes alcohol—sells roughly 131 million pounds a year, all from October through December. The spirit used to make the cocktail often reveals where that version originates, for instance Europe uses white wine while Americans prefer rum or Bourbon.
Joseph Hernandez, Wine Enthusiast, December 23, 2013

Opinions differ about whether eggnog is a delicious drink or a gross goop. This didn’t stop it from becoming a mainstay of the winter holidays for many Western families. People may use the hashtag #NationalEggnogDay to share their love (or hate) for the drink on social media during that day.

Today is National Eggnog Day most people hate egg nog.. but I'm NOT most people! i love it! <3

The media jumps at the chance to celebrate National Eggnog Day. Local news stations will often run specials about the holiday and highlight what the drink is and how it’s made.

Food bloggers will share their unique take on the drink on National Eggnog Day by sharing homemade recipes. To mix it up, they’ll add different spices, use vegan ingredients, and no doubt throw in some alcohol. Bottoms up and happy holidays!