Takis are a brand of corn chips distributed by Mexican snack-food maker Barcel. It has a distinctive rolled appearance, similar to a taquito, and is extremely popular due to its variety of flavors and intense heat.

Where does Takis come from? 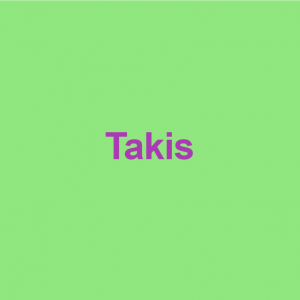 While the Mexican-based company Barcel dates back decades, Takis debuted in the US in the early 2000s. Their shape (and name) is modeled after the taquito, a rolled tortilla stuffed with cheesy and meaty goodness.

Similarly delicious in heat and crunch to Flamin’ Hot Cheetos, Takis really found their niche when Hostess went under in 2012. Convenience stores saw empty shelf space where Twinkies and Sno-Balls once found their home. Takis swooped in and filled the gap.

Since then, Takis saw its distribution spread in the US, though particularly in places with large Hispanic populations. The snack comes in a variety of flavors, with Fuego (hot chili pepper and lime) particularly popular. There’s also Nitro (habanero, lime, and cucumber), and guacamole.

In June 2013, an anonymous article on the internet claimed that “doctors” linked chemicals in Takis to stomach ulcers and colon cancer in children. This was disproved by the myth-busters at Snopes, who noted that though spicy foods like Takis can cause stomach pain (and too much junk food is always a no-no), they’re definitely not opening holes up in children’s stomachs.

Takis are better than hot cheetos. Don't even @me

why do y'all reduce Mexican culture to tajin, conchas, and takis when there's so much food out there to be proud of

Though they have plenty of haters, Takis are a popular snack in the US and Mexico not only for their flavor …

What's better than the crumbs at the end if a bag of takis?

… but also for their sentimental value as a childhood favorite, guilty pleasure, and sometime cultural symbol for Mexican-Americans.

Plenty of Takis-enthusiasts joke about the heat, mess, and other pains of the irresistible snack.

I was suppose to run but i had takis so RIP

Eating takis without drinking milk bc I have something to prove.

This is not meant to be a formal definition of Takis like most terms we define on Dictionary.com, but is rather an informal word summary that hopefully touches upon the key aspects of the meaning and usage of Takis that will help our users expand their word mastery.