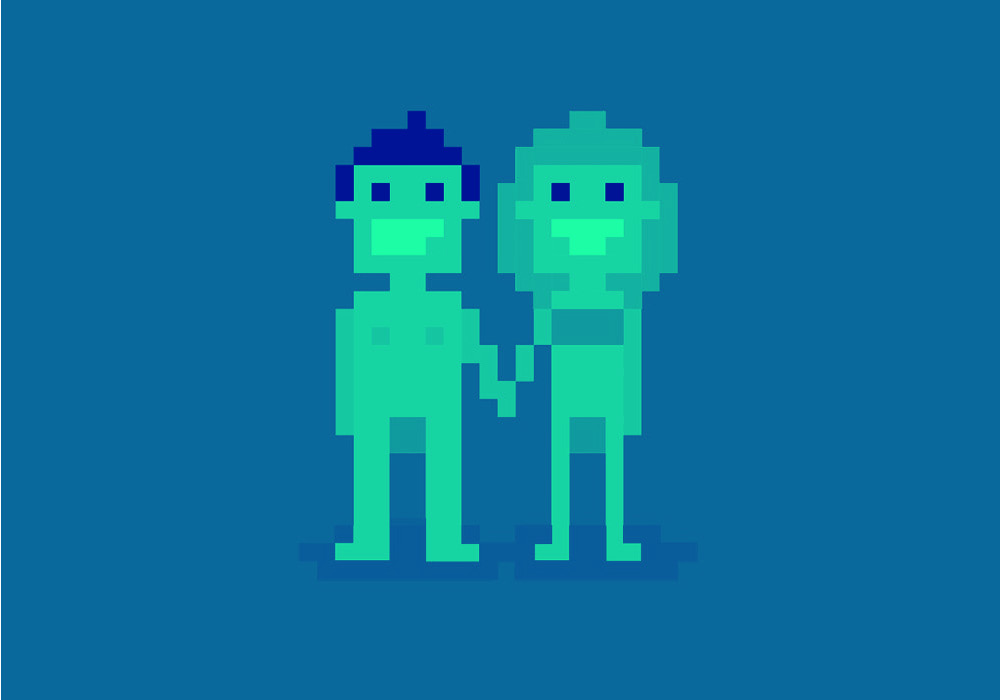 What did the first words sound like? Did cavemen grunt like they do in cartoons and movies? Did they say, "me, man, you, woman"? Weeellllll, humans have been speaking for more than 50,000 years (some estimates say 150,000 years), so we really don't know what they sounded like. Evidence of written language dates back only 4,000 years.

But if we want a clue as to how the building blocks of language developed, we can take a look at the oldest identified words. And that's just what researchers at the University of Cambridge did when they studied 23 words in an extremely ancient language believed to have been spoken around the Black Sea area. These words gave rise to an extensive language family, Indo-European, which includes everything from Sanskrit to Latin to Russian to Irish to, yes, English.

Researchers found the meaning of these early words hadn't changed much over thousands of years, showing how truly durable they are. Just think, you could show up to a Paleolithic barbecue some 15,000 years ago and actually talk to your ancestors!

What's the first word you'd need to introduce yourself? How about I, the ultimate pronoun? This first-person singular personal pronoun develops from the Old English ic and ih. Humans have always needed a way to refer to themselves (as opposed to their mother, brother, husband, child). Self-identity was and always will be important. It would make sense that some of the most basic, nuts-and-bolt words are very old.

Read on to learn which other English words link back to the oldest words we know. 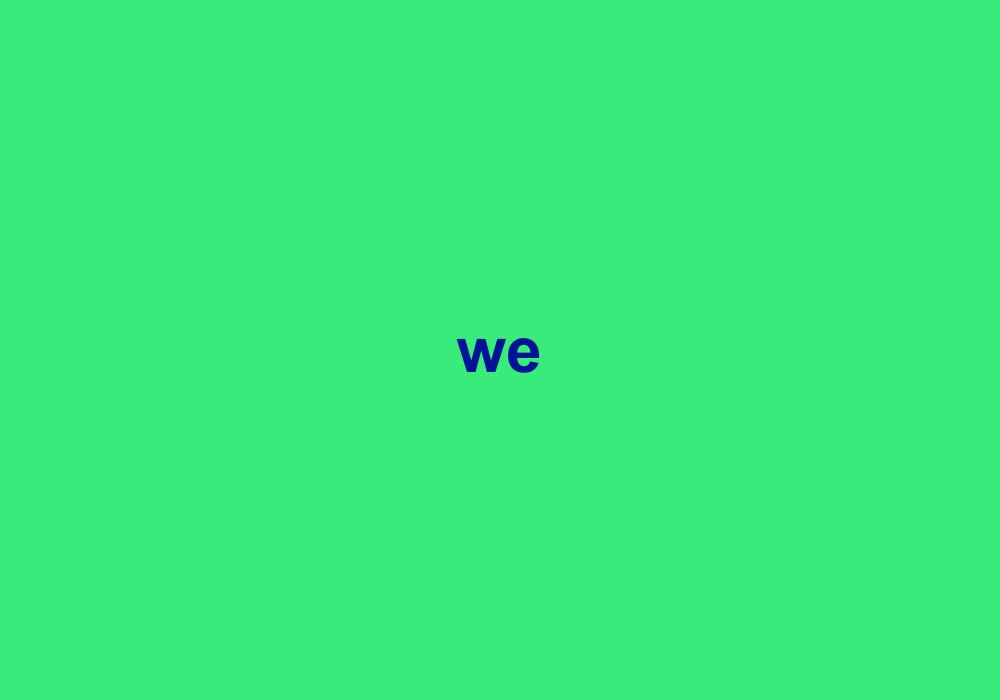 We is the first-person plural personal pronoun, so of course it 's one of our oldest English words. We is used to denote oneself and another, or multiple others. Because if you have a way to reference yourself (I), then why not find a way to describe the whole gang, as well? We developed from the Old English wē and is connected to the Dutch wij and German wir. 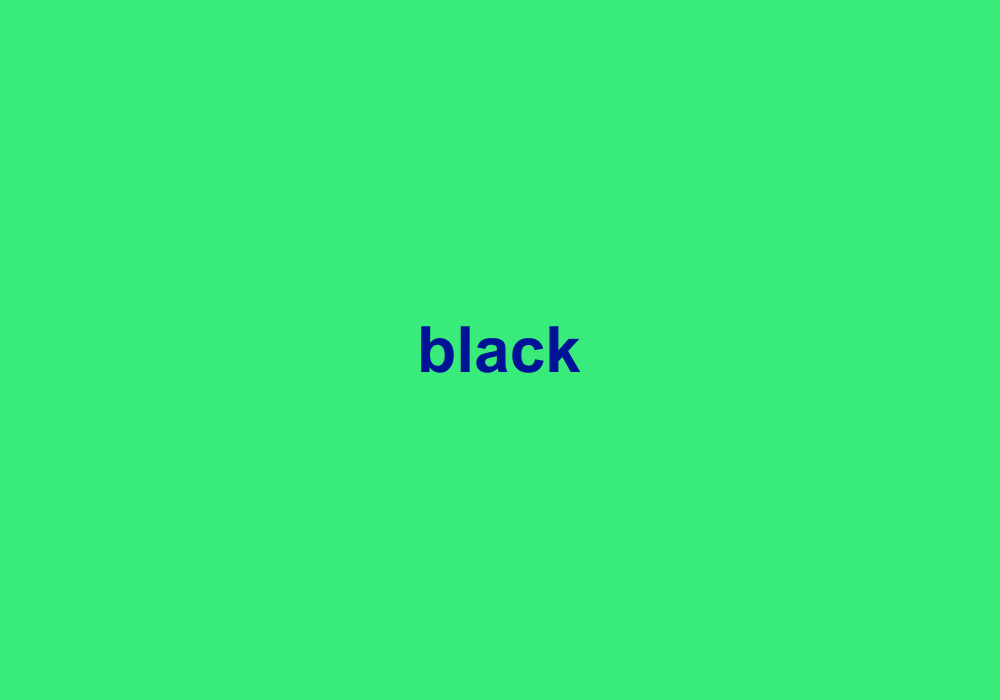 Interestingly enough, black is another one of the earliest words in our language. Defined as “lacking hue and brightness; absorbing light without reflecting any of the rays composing it,” this word also describes “the absence of color," which might be a key as to why it's such an early word. The Old English form of this word was blæc. A cousin to black, the  Old Norse blakkr meant “black” and blek meant “ink.” 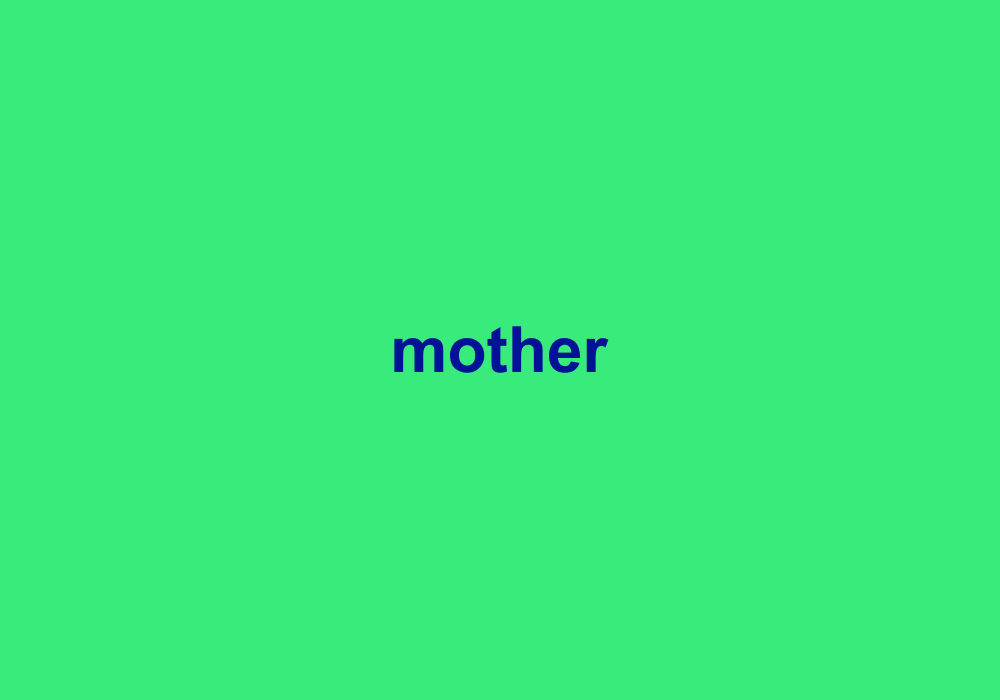 According to linguistic studies, the words that have the "deepest" roots are those that are most common and frequently used. So it makes sense that a word like mother would be one of the oldest English words. Even a baby needs a way to describe the person who brought them into the world. Mother was mōdor in Old English, mater in Latin, and mḗtēr in Greek.

Do you know the 100 most common words in English? We have the list right here! 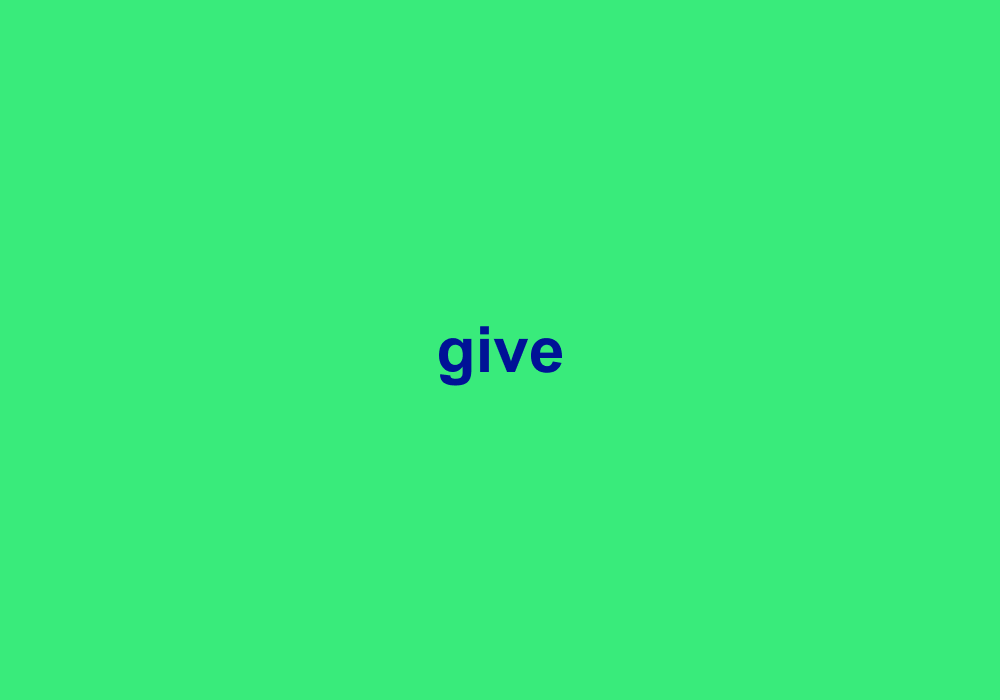 Give is one that our mothers do well. And, its presence on this list of oldest English words means that humans learned long ago how to work together, to share, and preserved the word for it. Cooperation was a building block of human society, and it still is. It's clear that when people don't work together, tensions arise and little gets accomplished. A lesson to remember from our ancestors, for sure.

Some of these oldest words have such deep roots that they sound similar in many languages, enabling cooperation! Coming from the Old English gefan, give is related to the Old Norse gefa, the Dutch geven, the German geben, and the Gothic giban. 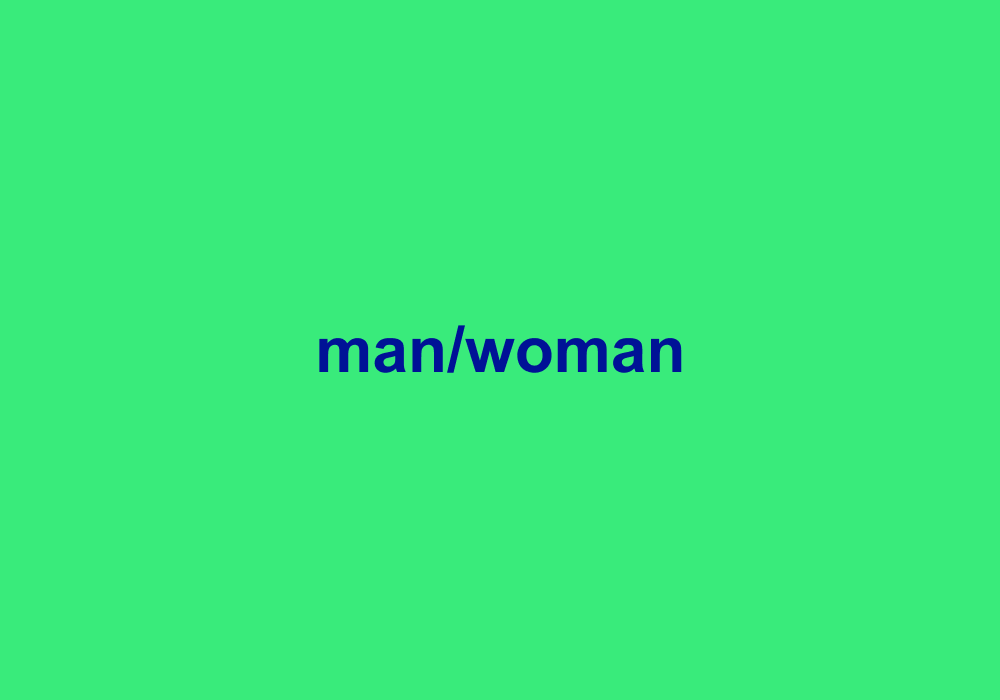 The words man and woman were obviously key foundational words of the English language. Originally, man could refer to a person, regardless of their gender, with the words wer specifically referring to "a male" and wīf, "a female."

Over time, man became the go-to word for, well, a man. And the word woman? It comes from the Old English wīfman, equivalent to wīf (female) and man, which, as we saw, initially meant  "human being."

Bonus! While the Old English wer lost out to man, it does survive in werewolf: literally, a "man-wolf." So, would that make a "woman-wolf" a ...  wīfwolf? 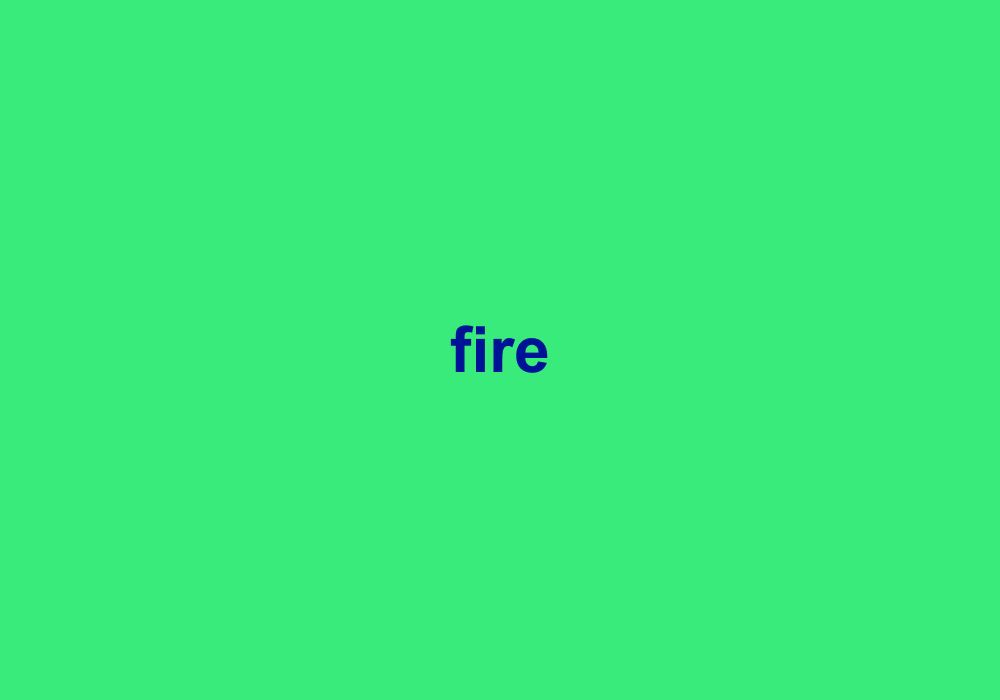 And, what do men and women build? Fire. This word's creation was probably inherent to survival from very early on. No electricity? No problem. Rub two sticks together, and you’ve got light, warmth, and a sense of security. The word developed from the Old English fȳr. 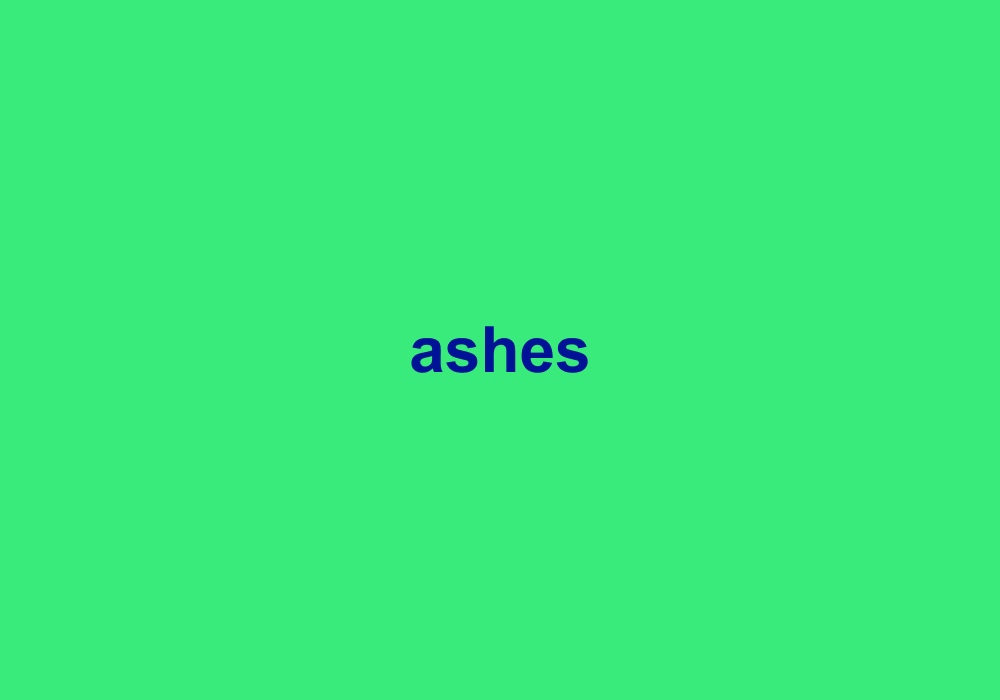 So, if fire was one of our first words, it only makes sense that ashes was, too. After all, when you're done with your fire, you need to clean up what's left. (Is this perhaps our earliest chore?) In Old English, they used the words asce or æsce. This is related to some words in very ancient languages: the Sanskrit ā́sa and the Hittite hassi ("on the hearth"). 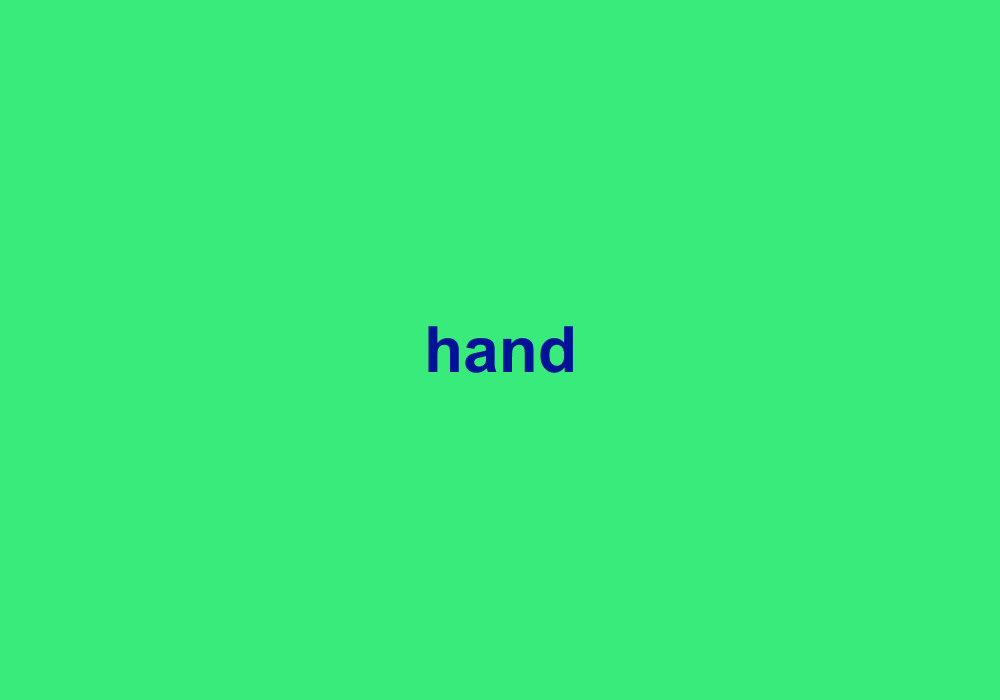 How did people make fire (and clean it up)? With their hands! People long ago identified what was at the end of each arm. This word would be recognized by many of our ancestors: in Old English it was, wait for it, hand, also sometimes spelled hond. It's related to, also wait for it, the Dutch hand and German Hand. 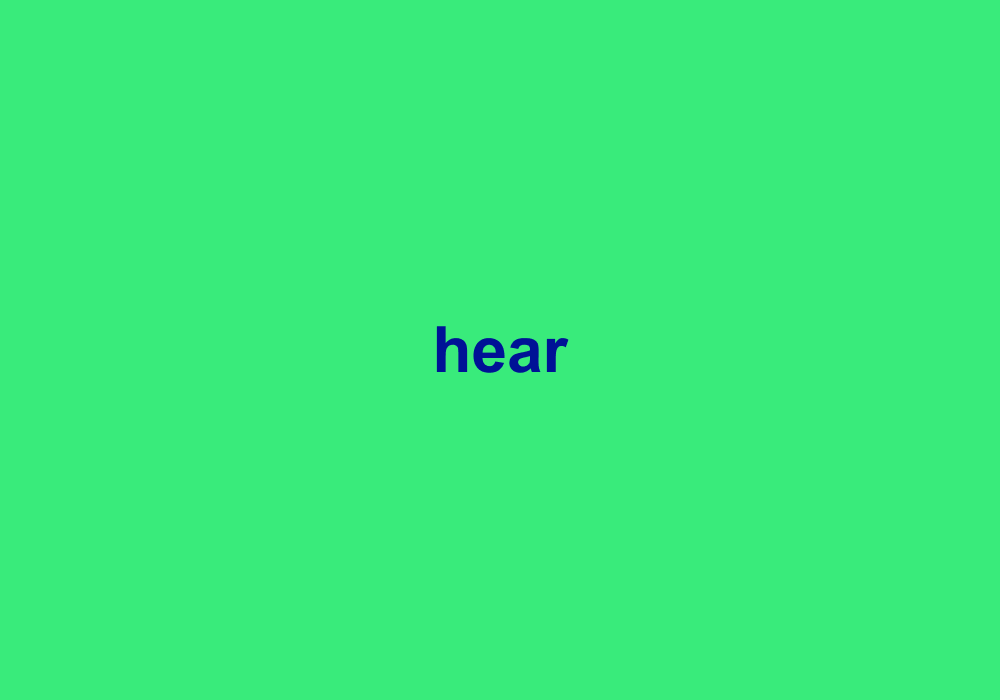 Here comes more body language—that is, body parts that are part of our everyday language. And chief among them are words for our senses, like hearing. The word hear developed from the Old English hēran and hīeran. 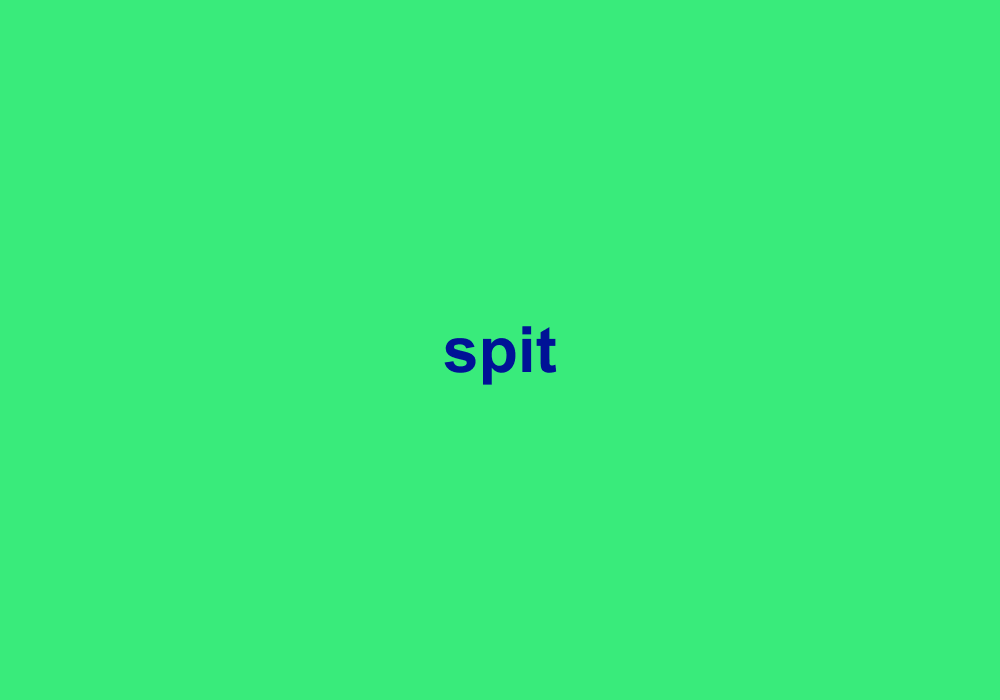 OK, this is a surprise. Spit is, obviously, “to eject saliva from the mouth; expectorate” as we define it. True enough, humans have always needed a way to explain how to get that icky taste out of their mouths, but we'd never have guessed this is one of the oldest English words. Spit is believed to have imitative origins, meaning the word sounds like the very act of spitting. 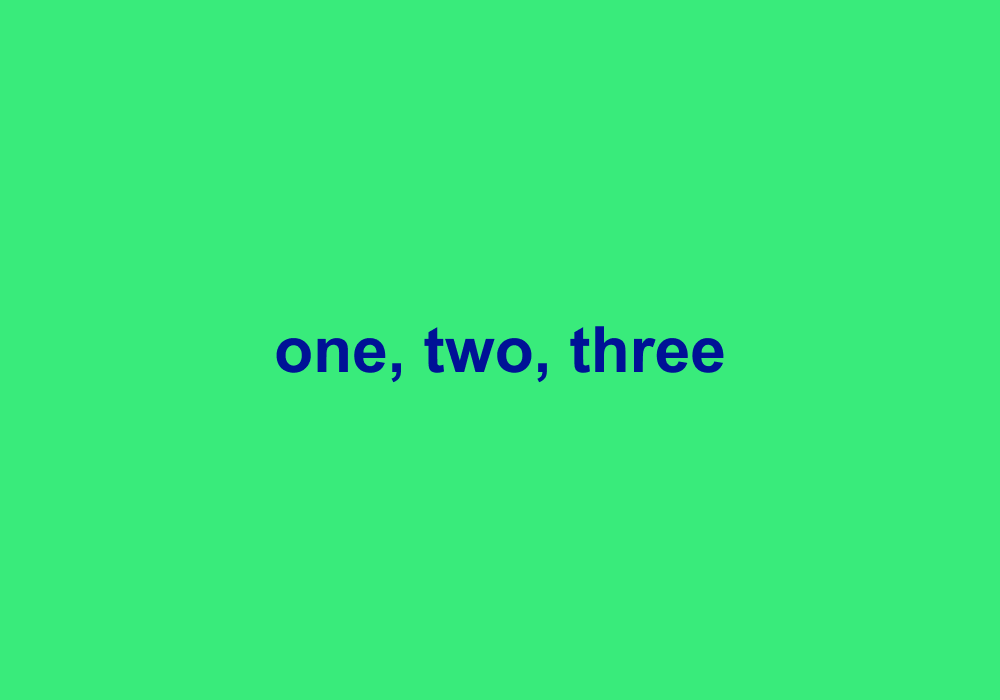 Now, this one probably isn't a surprise—that counting words are among the earliest recorded words in English. 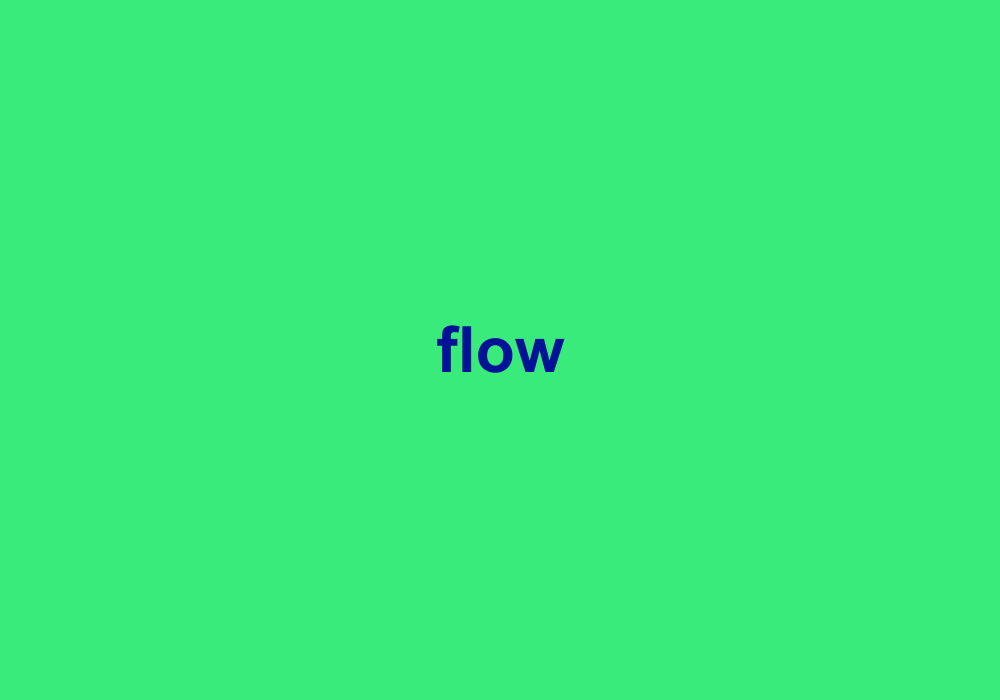 We can only surmise why flow was created so early, but a reasonable guess is the centrality of water in our lives. Flow means “to move along in a stream, to circulate, to stream, or well forth.” This word, which has Germanic origins, is also related to flood. 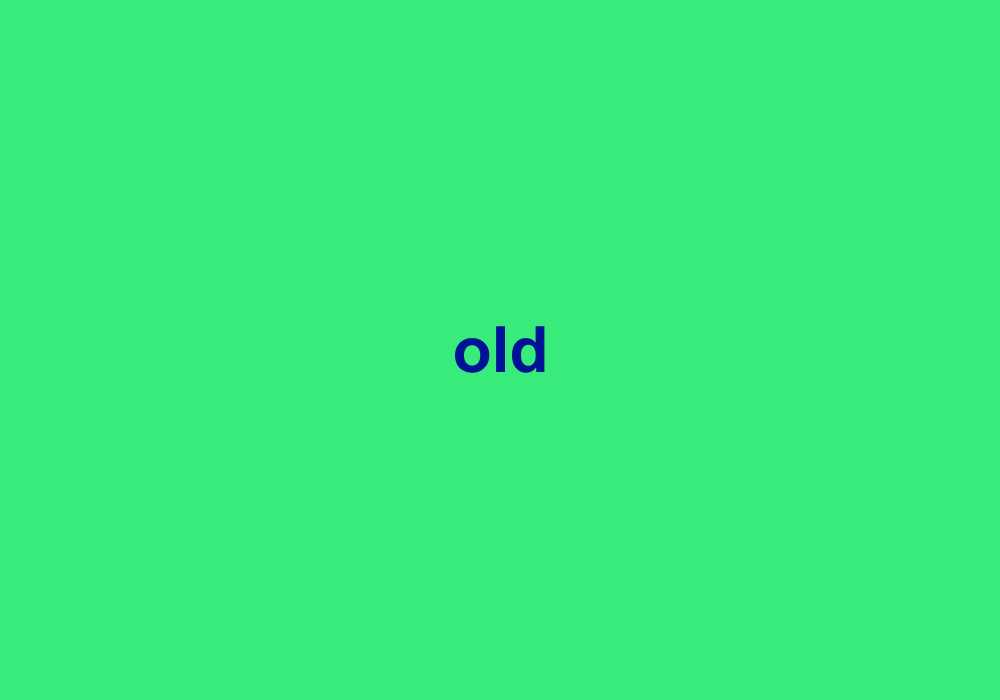 What would an old word list be without the word old? The aging process is a fact of life. And, an old person is a vital member of a community for their wisdom and experience. People have always needed a word to describe the elders whom (we're guessing) they relied upon for advice. Interestingly, this word developed from the Old English eald and ald (compare elder and alderman). 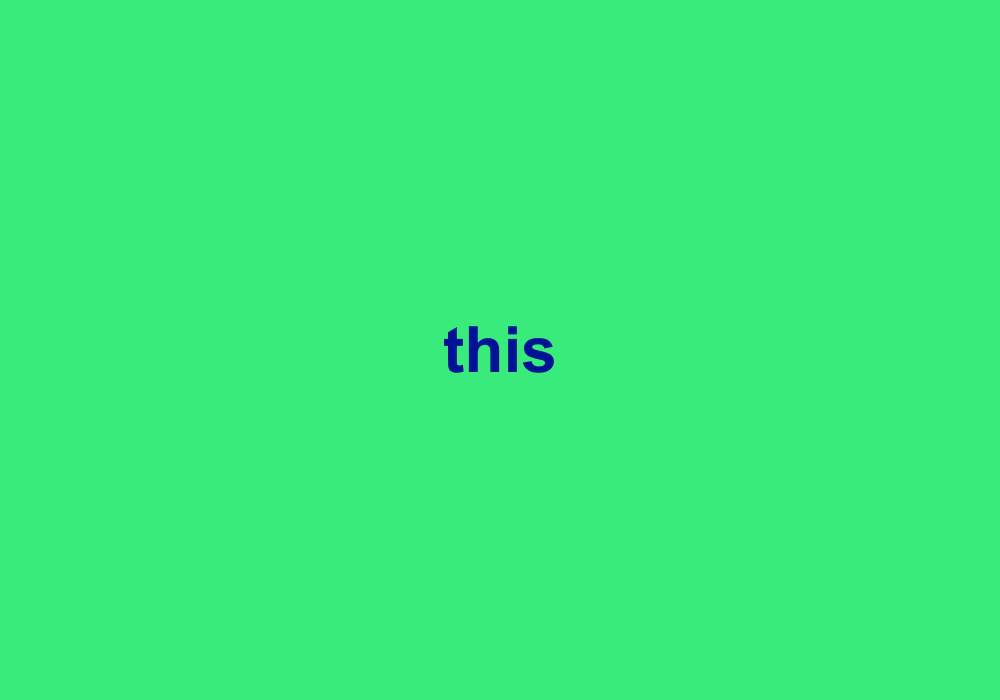 What could be more important than the word that can be used to refer to countless things? Just think, if you don't know the name of an object, you'll want to point or gesture to something you want ... and say "this," of course. This developed from the Old English thes, among other forms.

And among its many roles, this is used to indicate a person, thing, idea, state, event, time, remark, etc., as present, near, just mentioned or pointed out, supposed to be understood, or by way of emphasis. Pretty versatile. Nice work, ancestors! 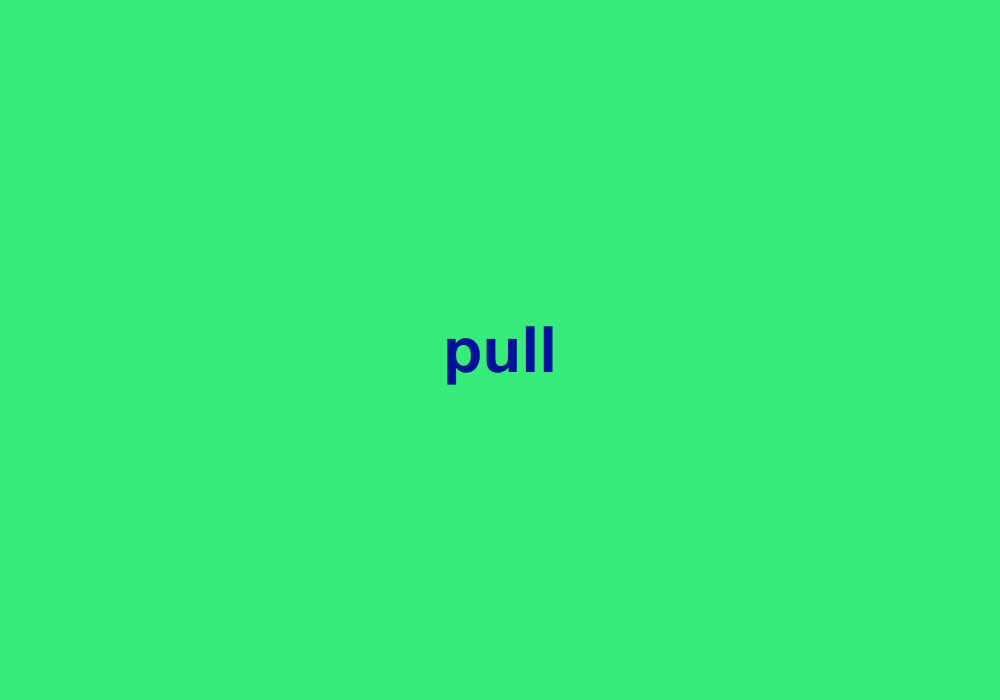 This word is included due to its relation to building or construction. We're sure humans have always had to pull a lot of wood, animals, stones, and so on in order to build communities and shelters. And, it's probably fair to assume that they needed a way to ask for help: "pull this." Pull comes from the Old English word pullian (which especially meant "to pluck feathers out of"). But its cousins are the German pūlen ("to strip off husks, pick") and the Old Norse pūla ("to work hard"). Aha ... we're seeing how this language development happened. Pretty cool. 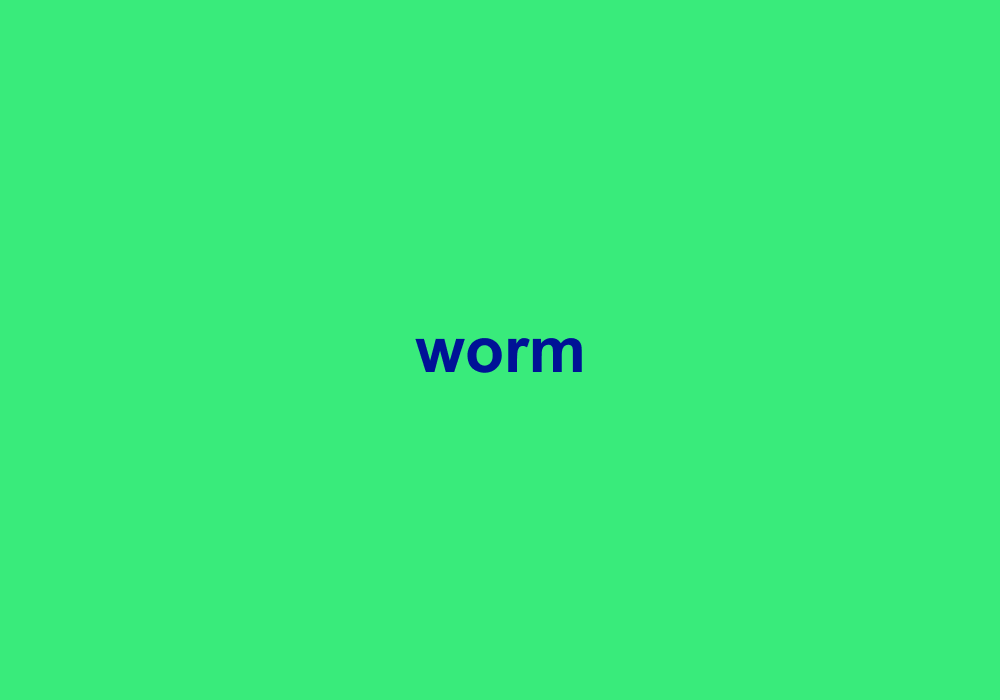 Let's end with one to smile at. Worm comes from the Old English wyrm, which is related to the Latin word vermis ("worm"), as found in such words as vermiculture and ... vermicilli! (Think about it.)

Language proves we've had a way to talk about these rather innocuous, low-profile creatures for a long, long time. But, while worm could refer to the long-bodied wrigglers, it also could mean "dragon" or "serpent."

What about words that look like English ... but aren't? Learn about some of the funniest examples here.