What does ASMR mean?

The meaning of ASMR is autonomous sensory meridian response. This term refers to a tingling sensation often accompanied by a calming, pleasurable feeling. This tingle is said to originate in a person’s head and spread to the spine (and sometimes the limbs) in response to stimulation. The stimuli that trigger ASMR vary from person to person. Some of the most common ASMR triggers include sounds, such as whispers, crinkling, gentle voices like that of painter Bob Ross, white noise, or lip smacking. Visual stimuli and experiences, such as having one’s hair cut by a hairdresser or watching a video of a haircut, can also trigger ASMR.

Pyramid Head, crazy shit, if you can't handle me at my worst, Who's your daddy?, IBM

Where does ASMR come from? 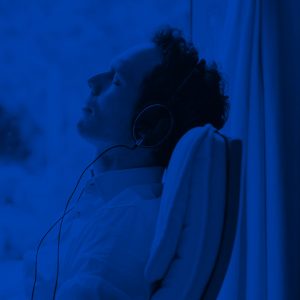 The term ASMR was coined by a woman named Jennifer Allen in 2010. It was around that time that she ran across a group of people on a steadyhealth.com forum who described a sensation she herself had experienced, but which no one seemed to understand well. Frustrated by the lack of community organization on that forum, she created a Facebook group called Autonomous Sensory Meridian Response Group. The group name was one that she believed captured the key characteristics of what’s now known as ASMR. She wanted to create a community that would bring together people who had also been experiencing this sensation. She consciously created a term that she felt people would be comfortable using: one that sounded objective, clinical, and impersonal. Soon after, a worldwide community began to take shape.

The concept itself has existed before the term ASMR was coined. In 2007, a user under the handle okaywhatever51838 created a thread titled “Weird Sensation Feels Good” on steadyhealth.com, where Jennifer Allen first came across others describing ASMR. In 2008, one user within that forum thread called the sensation Attention Induced Head Orgasm (AIHO). In early 2010, another forum user called it Attention Induced Observant Euphoria.

Since the community was first organized, there’s been a massive uptick in videos created online that attempt to trigger ASMR.

Went to bed listening to one of those rain sound sleep podcasts and woke up at 4am to the sound of a man whispering in my ear. Apparently, the podcast went on to auto play the history of ancient Egyptians… in ASMR.

I think as ASMR grows, those beautiful aspects of our community will not diminish. Hearts don't change just because numbers do---at least, that's what I hope.
sailorchell, Reddit, October 17, 2015
Similarly, Gentle Whispering's Maria felt her first rush of ASMR when getting undivided attention from a friend. She was roleplaying being a student, while her friend was the teacher.
Michelle Castillo, “These people make a living with bizarre repetitive YouTube videos that give users 'pins and needles',” CNBC (February 19, 2017)
Deni is also an ASMR artist. She creates recorded videos for her YouTube channel Deni ASMRCZ, and she also offers live video ASMR sessions.
Dr. Richard, “Interview with Deni ASMRCZ, an ASMR artist offering live ASMR sessions.” ASMR University (April 9, 2017)
SEE MORE EXAMPLES

The term ASMR is often used on YouTube in titles of ASMR videos. An example might be “ASMR Calligraphy Sounds” or “Gentle Head Massage and Shampoo ASMR / Soft Spoken / Binaural.” People also use the term to discuss their individual ASMR experiences.

A person who creates ASMR content is called an ASMRtist, which is a portmanteau of ASMR and artist.

When your friends are into asmr at the same time pic.twitter.com/zg4yjtWhNr

This is not meant to be a formal definition of ASMR like most terms we define on Dictionary.com, but is rather an informal word summary that hopefully touches upon the key aspects of the meaning and usage of ASMR that will help our users expand their word mastery.