What does IBM mean?

It can also stand for itty bitty meat, or a “small penis.”

Where does IBM come from? 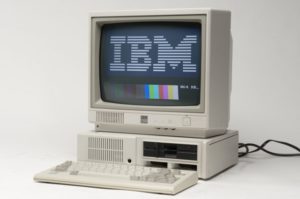 IBM was founded in 1911 as a manufacturing company called the Computing-Tabulating-Recording Company (CTR). It was renamed International Business Machines, or IBM, in 1924. Throughout its history, IBM helped pioneer computer technologies, from punched cards in the early 20th century to word processors and microprocessors in the late 20th century.

While IBM lost some of its relevance in the 2000s with the rise of Google and Apple, it made a big splash in 2011 with IBM Watson. This was a computer system that could answer questions in natural language. It notably vanquished game show legend Ken Jennings on the trivia show Jeopardy! in 2011.

In the 1990s, IBM emerged as a humorous acronym for itty beat meat. This had nothing to do with any sort of beef or poultry, but mocked a man who was, well, far from well-endowed. Meat, here, is slang for “penis.”

Lmmfao... She said he suffers from I.B.M. SYNDROME.... #ITTYBITTYMEAT #IBM
@Delichez, August, 2016
International Business Machines (IBM) stock has had a tough year, and while the upcoming third-quarter may not change that, Stifel still sees reason to stay bullish.
Teresa Rivas, Barron’s, October, 2018 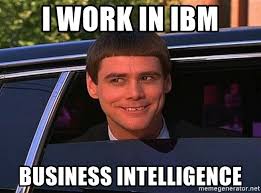 Despite its rich and influential history, IBM is sometimes mocked as a technology company behind the times. But, it still employs hundreds of thousands of people—and try playing some of your favorite video games without the processors it provides for leading game consoles. 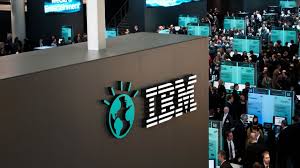 As for that other meaning … IBM is an occasional but bro-ish insult, given the male fetishization of big penises. It’s usually used playfully … and immaturely.

This is not meant to be a formal definition of IBM like most terms we define on Dictionary.com, but is rather an informal word summary that hopefully touches upon the key aspects of the meaning and usage of IBM that will help our users expand their word mastery.