What does egotastic mean?

People who are egotastic believe the world revolves all around them, and they’re not afraid to be showy about it. They’re fantastically egotistical.

Where does egotastic come from? 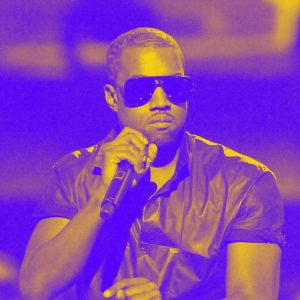 When a person is extremely self-centered, we might diss them as egotistical or egomaniacal. Egotastic takes it to the next level, suggesting an almost comical degree of vanity and arrogance.

Egotastic appears to be a blend of egotistic and fantastic, in the sense of “fanciful” or “irrational.” It could also blend egotistic and its puffed-up cousin bombastic. Many other playful coinages feature –tastic, such as awesomtastic, bangtastic, or brotastic.

Who coined it? Hard to say, but it appears online in a 1999 college football Usenet thread describing a self-centered athlete. In 2001, an internet user criticized rapper LL Cool J for his “egotastic playa bullsh*t wackness.” Urban Dictionary first defined it in 2004 for anything “ego-boosting.”

is it harsh of me that I'm getting tired of the Podcast Pickle forums? the little traffic there seems a little egotastic to me lately.

In 2005, a tabloid website named Egotastic launched, known for its gossip and near-nudes of celebrity women. The website helped popularize egotastic and shade the term toward an “obnoxious display of narcissism,” perhaps thanks to the antics of Paris Hilton and Lindsay Lohan in the late 2000s. In the 2010s, egotastic has been associated with superstars like Kanye West, known for his own bizarre boasts.

staged or not, Kanye was still as egotastic even on his first album. video of Kanye getting Punkd https://t.co/2mCUwIhO88 …

Kanye West’s ‘Yeezus’ And 10 More Egotastic Album Titles
Matthew Horton, NME (headline), May, 2013
You're so egotastic. I wanna slap you with a newly served sunny side egg
@blnczhai_, February 2016
People are so Egotastic or prideful nowadays that they argue about who should text/call first.... Smh
@_WaterMelonPapi, January 2015
SEE MORE EXAMPLES

Egotastic can be a more light-hearted, enthusiastic way to describe extraordinarily egotistical behavior. The sexy celebrity website Egotastic, though, dominates use of the term online.

#KanyeWest Has Compared Himself To A Lot Of Things — From William Shakespeare To God! See The Egotastic List! http://t.co/moEw2c29p2

My review of #russellbrand's egotastic enlightenment doc that he seems to have rejected: http://t.co/MfhuMgr381 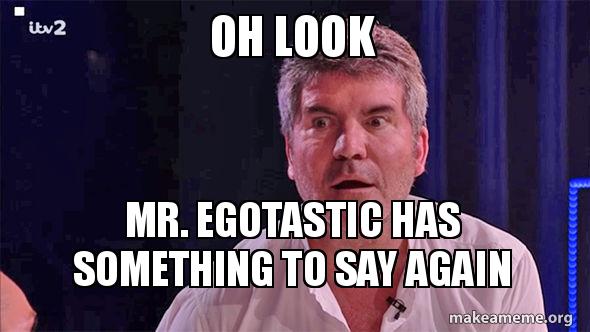 This is not meant to be a formal definition of egotastic like most terms we define on Dictionary.com, but is rather an informal word summary that hopefully touches upon the key aspects of the meaning and usage of egotastic that will help our users expand their word mastery.