Gekyume is a term coined by the late hip-hop artist XXXTentacion meaning a “higher plane of thought or being.” It’s also the name of his only son, Yume for short, who became the subject of various, absurdist memes.

Where does gekyume come from? 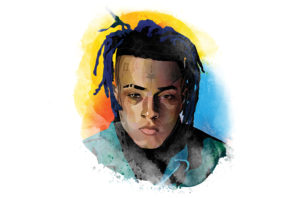 Jahseh Dwayne Ricardo Onfroy, known as XXXTentacion, was an influential and controversial American hip-hop artist who created hit music in 2017–18 and who was tragically murdered in June 2018.

In March 2018, XXXTentacion explained on Instagram: “I’m going to make up a new word, and the word is ‘gekyume.’ I’m in the next ‘gekyume’ of thinking.” His family (and Urban Dictionary) have also defined it as a “different state” or “next universe of thought.” The word was featured as the name of a mysterious, hooded, prophet-like figure (who imparts wisdom from a kind of other dimension) speaks to in the popular video to his hit song “Sad!” released shortly after his death in June 2018.

In January 2019, XXXTentacion’s girlfriend gave birth a boy, named Gekyume. Not not long after, she explained that XXXTentacion created gekyume from the names of characters in his favorite video game, Kingdom Hearts. She also explained that she chose Gekyume to honor XXXtentacion’s legacy and wishes.

After Gekyume‘s birth, people on social media created and shared absurdist (and often provocative) memes about him, many of which focused on his circumcision as a kind of major public event everyone is excited about.

me and the boys walkin up to gekyume circumcision like pic.twitter.com/8R5BT4T1gh

Rn I’m in practice of balancing my thoughts and emotions... understanding when to give in to logic and when to give in to intuition... I’m in the next gekyume of thinking...
@badhendo, October 2018
The deceased rapper's son, Gekyume Onfroy, was born Saturday night. Jenesis Sanchez ... was a few months pregnant with Gekyume when the rapper was killed on June 18.
Philip Lewis, Complex, January 2019 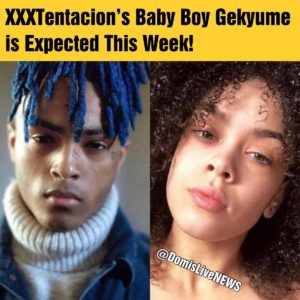 Some people use Gekyume in XXXTentacion’s original sense for when you feel are reaching or striving for “another plane” (gekyume) of existence or a “higher state” (gekyume) of being.

Unlock my mind and capture my soul. This is what will be happening tonight. To quote the late xxxtentacion, I want to reach an entire new gekyume of thinking. That is what I would like to achieve

Others use Gekyume for XXXTentacion’s son in admiration of the child and family.

People also use Gekyume to refer to (their love of ) XXXTentacion and his music.

Finally, Gekyume appears in memes on social media, usually as the subject of odd, not-so-tasteful jokes and made-up stories about his circumcision.

This is not meant to be a formal definition of gekyume like most terms we define on Dictionary.com, but is rather an informal word summary that hopefully touches upon the key aspects of the meaning and usage of gekyume that will help our users expand their word mastery.