What does gen pop mean?

Gen pop, short for general population, is a prison term for the main body of prisoners that haven’t been segregated into special housing for disciplinary or protective measures.  Gen pop is also used to mean “the mainstream” outside prison contexts.

Where does gen pop come from? 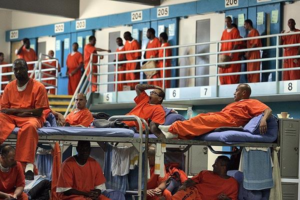 General population was naturally shortened to gen. pop. (or gen pop) as early as the 1960s.

Gen pop would eventually emerge as a term for the general population of a prison—prisoners who live in the main cell block of a prison and who haven’t been separated from other prisoners due to discipline, protection, or violence. 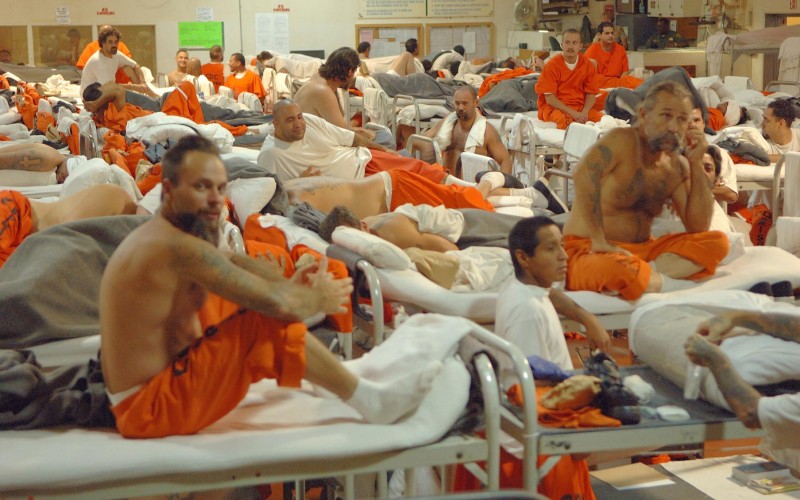 Gen pop’s popularity rose in the 2000s thanks to hit, prison-based TV shows like Prison Break (2005–17) and Orange is the New Black (2013–present). The terms’s use also surged thanks in part to certain high-profile celebrity incarcerations, such as the 2018 arrest of controversial rapper Tekashi69 (6ix9nine), who was sentenced to serve some time in a Brooklyn prison’s gen pop.

i notice when gen pop is impressed with a moment in an actor’s performance it’s usually one where they’re screaming or crying
@cammatthew_s, January 2019
But when it comes time for inmates to be released into gen pop, only Daya and Mendoza make it out. Thanks to her murder plea, Daya is sent to D block. Mendoza goes to C. “C for cheerful,” she grunts. “Positive thinker!” says self-help enthusiast CO Copeland. Blanca remains in administrative segregation and is not thinking positively about it.
Tara Ariano, Vulture, July 2018 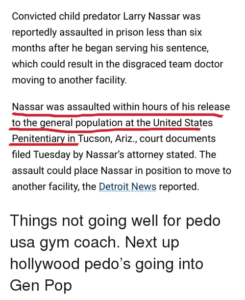 As noted, prison staff, inmates, and their loved ones may use gen pop when a person is in the general population of a prison, i.e., not in special housing.

Outside of prison, the mainstream public use gen pop, who sometimes get special housing due to their status.

If they are in the gen pop, it’s remarked, the celebrity will get a real taste of reality when facing the main body of prisoners. Sex offender and comedian Bill Cosby, for instance, was moved to the gen pop in February 2019, where he will be treated the same as other inmates.

No, just put him in gen pop in prison, then tell the guards to “take a long smoke/coffee break.” Even criminals have standards, and criminals hate people who have abused, kidnapped, etc. kids & women.

Online, where abbreviations are common, gen pop may refer to “the mainstream,” who may not understand the nuances of a particular community.

Imagine only listening to music or thinking that its good because of how it charts. 🤣🤣🤣 #tasteless I swear, the gen pop is SO TASTELESS 🤢 #trash

Queer people may refer to heterosexual, cisgender society as the gen pop, in the same way that underground hip-hop fans may refer to popular culture writ large as gen pop.

I mean the gen pop is garbage enough as it is, but queers treating other queers like that really is the garbage cake

the best part of this pic going from hip hop to the gen pop is seeing white people try to figure out who steve stoute is.

Educators, psychologists, marketers, and demographers may also use gen pop for general populations in their respective fields.

Thank you @budlight for teaching my 11 yr-old that corn syrup is unhealthy. She doesn’t believe it when her crazy meat-only eating dad tells her… make no mistake, marketing trumps science when it comes to gen pop nutrition education. Let’s not fool ourselves… @SBakerMD

This is not meant to be a formal definition of gen pop like most terms we define on Dictionary.com, but is rather an informal word summary that hopefully touches upon the key aspects of the meaning and usage of gen pop that will help our users expand their word mastery.