Feedback
headdesk
hell to the naw

What does heal slut mean?

Heal slut is a humorous but vulgar term for healer characters in video games or the players controlling them.

Where does heal slut come from? 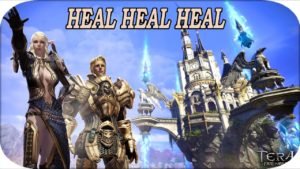 In many video games, there are characters or classes (e.g., a priest or cleric) who specialize in healing. Rather than kill players of opposing teams, the role of healers is to keep their teammates alive.

Not everyone is a fan of healers, and so we see the insult heal slut (as if they are a whore for ministrations) for them as early as 2011. It appeared in a tweet describing the Medic, a healer character from the video game Team Fortress 2, in response to a comic that pointed out that the Medic healed “most of the server.”

Heal slut spread in 2015, when it took off on 4chan boards about healing classes in games like World of Warcraft and League of Legends.

The phrase is pointed and crude for multiple reasons. First, in many video games, the healer is either female or a lightly-armored, non-muscular man. Second, a healer’s job is to keep every person on the team alive, so they are expected to heal as many different people as possible as often as they can (as if sluttishly so). Finally, the characters most often healed are stronger, more durable characters sometimes referred to as tanks. In most video games, tank characters are large, burly men. Tasteless jokes seem rarely missed by the likes of 4chan, the sexual insult of the heal slut included.

A final aspect of heal slut is the idea that some persons playing a healer character are aroused by submitting to tanks or an abusive team who rarely appreciates their important role.

i was 19 when i realized i was a filthy heal slut. i'm almost 21 and nothing has changed

This fetish appears to be ironic, but you never know with 4chan, and the (very NSFW) 2016 subreddit /r/HealSluts is supposedly based around the sexual thrill of being a heal slut.

I need an MMO that will run on a bad computer where I can play a heal slut in pvp
Caddy (user), 4chan, October 2015
Joined a game and their was no tank or support.. listen I can't be heal slut and shield slut at the same time
@SilverTheFlat, June 2016 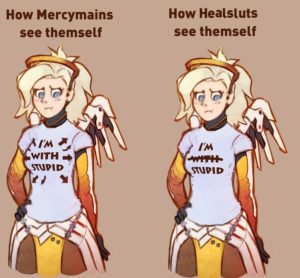 Heal slut appears most commonly appear on game-themed message board sites like 4chan and Reddit, ironically or otherwise.

HE HEALS ME ALL THE TIME. HE’S MY HEAL SLUT

I'm such a heal slut that I will heal strangers just because.

Use of the term is often accompanied by sexually explicit greentext stories or pornographic images featuring the character Mercy from the video game Overwatch. 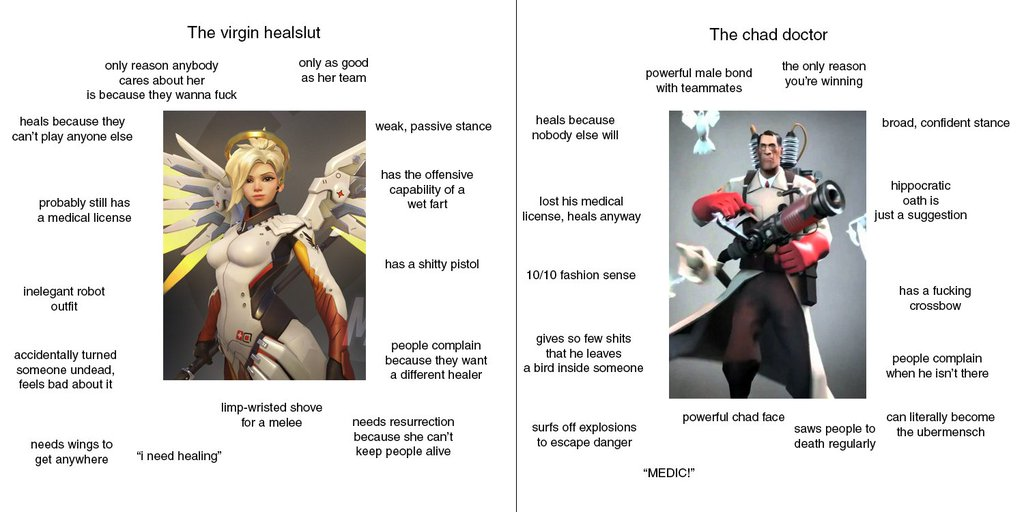 Note that heal slut may be considered sexist, given its gendered application of the insult slut and its use alongside other sexist language or content.

This is not meant to be a formal definition of heal slut like most terms we define on Dictionary.com, but is rather an informal word summary that hopefully touches upon the key aspects of the meaning and usage of heal slut that will help our users expand their word mastery.