What does hickster mean?

A hickster is a slang term for a “hick hipster.” In general, it can be used to refer to an urban hipster who adopts a rural aesthetic or, vice versa, a person living in the country who adopts urban trends. More specifically, hickster is used to refer to young professionals who move out of cities to take advantage of more affordable housing prices and lower cost of living.

Where does hickster come from? 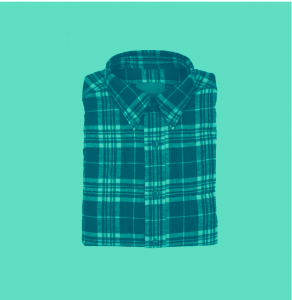 The word hickster is a blend of hick, a pejorative term for someone who lives in a rural area, and hipster, “a usually young person who is trendy, stylish, or progressive in an unconventional way.”

Before the 2000s, hickster saw occasional use as another term for a hick (combining hick directly with the suffix –ster) in books and online. In the late 2000s, some people on social media began specifically using hickster as a joking way to refer either to urban hipsters who embrace rural aesthetics or people from the country who adopt urban trends.

"You're a hickster."–@nikhilb, while contemplating my strange love of rodeo-themed modern American classical music.

what do u call a redneck hipster? My guess is a hickster

Hickster spread in the mainstream in the mid-2010s as a way to refer to young professionals who moved out of (or regularly leave on weekends) cities for more affordable areas in the country, such as people from Brooklyn moving to the Catskills—and subsequently sought to cultivate more rustic, down-home lifestyles that still held onto modern, urban comforts and concerns. An article by Robert Sietsema for Eater (New York) in 2014 memorably quoted an interviewee describing hickster as a “hipster who decides to become a hick, who finally gets driven out of the city by high rents and relocates to the countryside. And then he thinks about starting a restaurant.” Sietsema helped popularized the term hickster.

“One reason these revamped diners have prospered in upstate New York may be the existence of what Robert Sietsema, a food writer for the website Eater, called the ‘hickster’ — that is, ‘hipsters who move upstate’ or visit from the city on weekends.” https://t.co/WHkjcElLkM

During the 2020 COVID-19 pandemic, suburbs and rural areas surrounding city centers boomed as so-called Zoom towns when many young, wealthier professionals able to work remotely (and seeking to avoid quarantining in cities) took advantage of lower housing prices in the country. This exodus met with some outcry from native residents of rural areas, as some felt the transplants were insensitive to the economic and social needs and priorities of rural communities—and brought big-city problems with them, including driving up housing and cost of living in these places.

My latest #hickster past time: searching the hashtag #harvest on instagram.
@carollani, August 22, 2012
Luring drivers in search of updated diner bites off Route 28, this retro restaurant has earned a reputation as an Instagram-friendly "hickster" eatery.
Lauren Mowery, Forbes, September 17, 2018

Hickster can be used more generally and playfully refer to cultural trends, especially in fashion and music, that are associated with variously rural traditions, such as cowboy hats, plaid shirts, and country music. When specifically referring to younger urbanites with means who leave the city for lower housing costs and lifestyle ambitions, hickster is usually much more pejorative in tone.

I started listening to this new country artist. You've probably never heard of him before. #hickster

Me: "I'm such a hick"
Bella: "I am stuck between a hick and a hipster… a hickster if you will"

The more general use of hickster evokes lumbersexual, “a man whose style of dress and appearance is reminiscent of the ruggedly masculine stereotype of the lumberjack.” Also see the Yeehaw Agenda, a trend in the popular culture, especially in Black popular culture, featuring artists and celebrities drawing from cowboy/country culture in dress, music, or attitude.

This is not meant to be a formal definition of hickster like most terms we define on Dictionary.com, but is rather an informal word summary that hopefully touches upon the key aspects of the meaning and usage of hickster that will help our users expand their word mastery.