What does hot mess mean?

Hot mess is used to describe a particularly disorganized person or chaotic situation. In some uses, a person described as a hot mess is attractive but just barely keeping it together.

badd, shitshow, This is fine, if you can't handle me at my worst, duck lips

Where does hot mess come from? 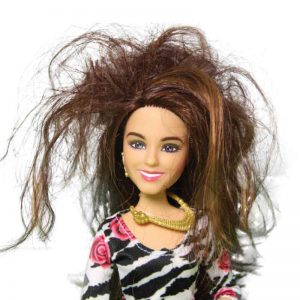 The phrase hot mess didn’t always describe a person or a situation. The original use was actually culinary. In the early 1800s, a hot mess was nothing more than a warm meal, especially a gloopy one. Think mess as in mess hall, or cafeteria. An elementary school Sloppy Joe, was definitely a hot mess.

From there, the meaning of hot mess expanded to messy situations outside the cafeteria. By the 1900s, we were describing any chaotic situation and any confusing or disordered person or thing as a hot mess.

The hot mess train kept going, first appearing on Urban Dictionary in the early 2000s, around the time hot mess spread as a term for a fashion and style descriptor. The term saw a spike in popularity in 2007 with Christian Siriano’s controversial Project Runway tagline, hot tranny mess, and with the release of BET’s Hot Ghetto Mess, a show inspired by the popular website of the same name. In both cases, the hot mess in question was a hopelessly shabby, unfashionable, all-over-the-place person. 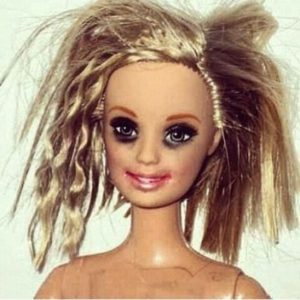 be a Hot Mess at Work
Hot mess saw an increase in interest again in 2009 with the release of pop band Cobra Starship’s album titled Hot Mess, bringing a sexy subset of hot messes to the forefront. The title track of that album tells the story of a young woman living the unhealthy life of a partier but looking sexy doing it.

Hot messes that you’re confusingly attracted to don’t have to be people, though. Searches for hot mess spiked again in 2013 with the release of fast-food restaurant Jack in the Box’s Hot Mess burger. Spicy-hot and demanding a whole roll of paper towels to eat it, the burger featured pepper jack cheese, onion rings, and jalapeño peppers. You know it’s not good for you, but you still want it, don’t you, you hot mess, you?

Cas honey.... you can't just throw a f*cking hot mess of a line like "I don't sweat under any circumstances" innocently. Goddammit, you sexy, unbelievably adorable, multidimensional wavelength of celestial intent.
@lenastiel, March, 2018
Before I publicly embarrass myself with photographic evidence of attempting the art of dance, allow me to just quickly sum up my dance skills for you: ...I don't have any. Put me on a treadmill, a spin bike, hell, throw me into a pool (I'd actually rather you not, though, as I'm kind of a sensitive swimmer), and I'll do the damn thing with beauty, grace, Miss United States. But ... dancing? God, I'm a hot fucking mess on the dance floor.
Sarah Kinonen, Allure, September, 2017

be a Hot Mess at Work
SEE MORE EXAMPLES

Anything that’s a particularly disorganized disaster can be described as a hot mess nowadays.

Just stay away from Liberals. For them to have gone through an entire lifetime and still believe in that hot mess of hypocrisy and contradictions, there has to be something SERIOUSLY wrong with them. Nothing good can come from allowing them into your personal space.

Here at Trump Towers, we like our food to reflect the man whose name graces the front, a fatty hot mess that is all over the place. https://t.co/DnttOaqcb9

Today, describing someone as a hot mess sometimes has an implicit sexual connotation, especially when describing women. If she’s a hot mess, she’s trouble, but you want her anyway. Some users pun on the sexual innuendo of the hot in hot mess …

… while others pun on the heat of the hot mess, especially when posting sweaty workout pictures.

Falling into lava would be a pretty hot messhttps://t.co/NzGADgcP36 pic.twitter.com/gWTgT553c5

Hot mess is sometimes accompanied by an intensifier or infix between hot and mess, usually fuck or ass.

This is not meant to be a formal definition of hot mess like most terms we define on Dictionary.com, but is rather an informal word summary that hopefully touches upon the key aspects of the meaning and usage of hot mess that will help our users expand their word mastery.